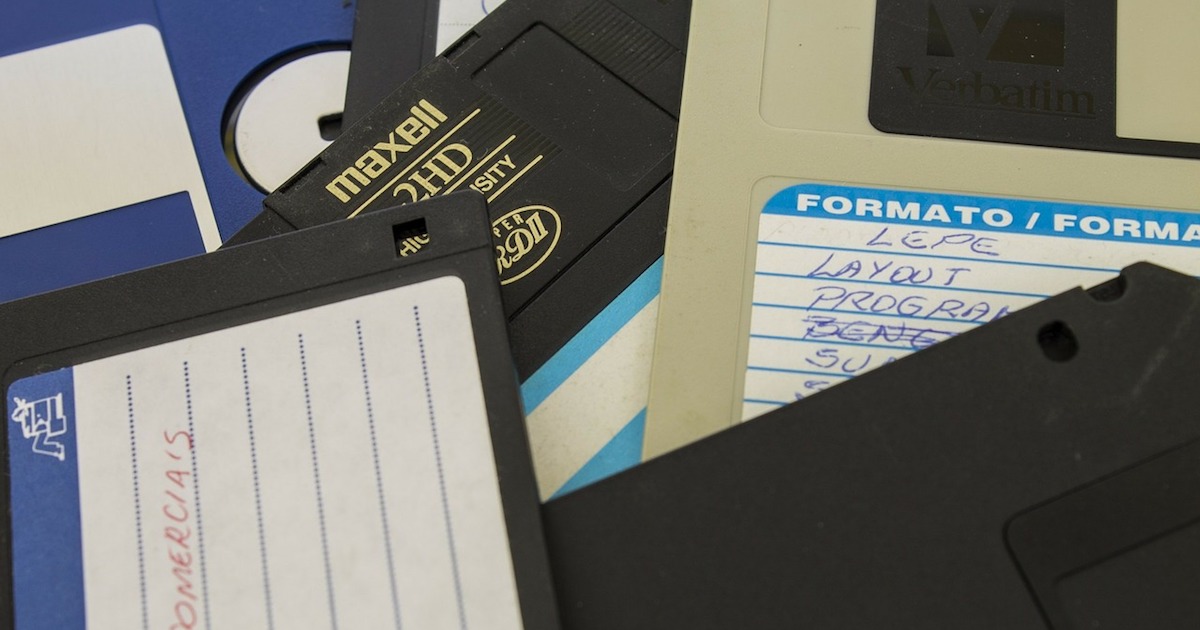 How many of you remember the “sneakernet” days of using floppy disks? At first, the Apple ][ world had 5.25-inch disks that were truly floppy. Then we moved up to 3.5-inch squares that held more, were smaller, but weren’t floppy anymore. Believe it or not, you can still get those relics from the past from that ultimate retailer, Amazon.

Yes, I know, Macs don’t come with floppy disk drives, and haven’t for quite some time. Believe it or not, companies still make them. You can get a pretty sleek-looking 3.5-inch floppy drive that plugs into your USB port for under $15 right now, and it even includes Prime shipping.

Okay, So Are These Floppy Disks New or Used?

That’s a tough one to peg, because Amazon doesn’t really say. Most of the 3.5-inch floppy disks on Amazon are listed as being discontinued by the manufacturer, and the boxes look a bit beat up. Take a look at this 10-pack by Imation, for example.

On the other hand, there are some 5.25-inch floppy disks listed as being brand spanking new. I was able to find this listing on Amazon for a 10-pack of high density 5.25-inch floppies described as “vintage,” which they definitely are.

There are lots of listings for floppy disks and drives on Amazon. Just searching for “floppy disk” yields 4,459 results. Pretty amazing, for an accessory that hasn’t really been used in more than a decade.

6 thoughts on “If You’re Looking for Floppy Disks, Amazon’s Got Them – Really”