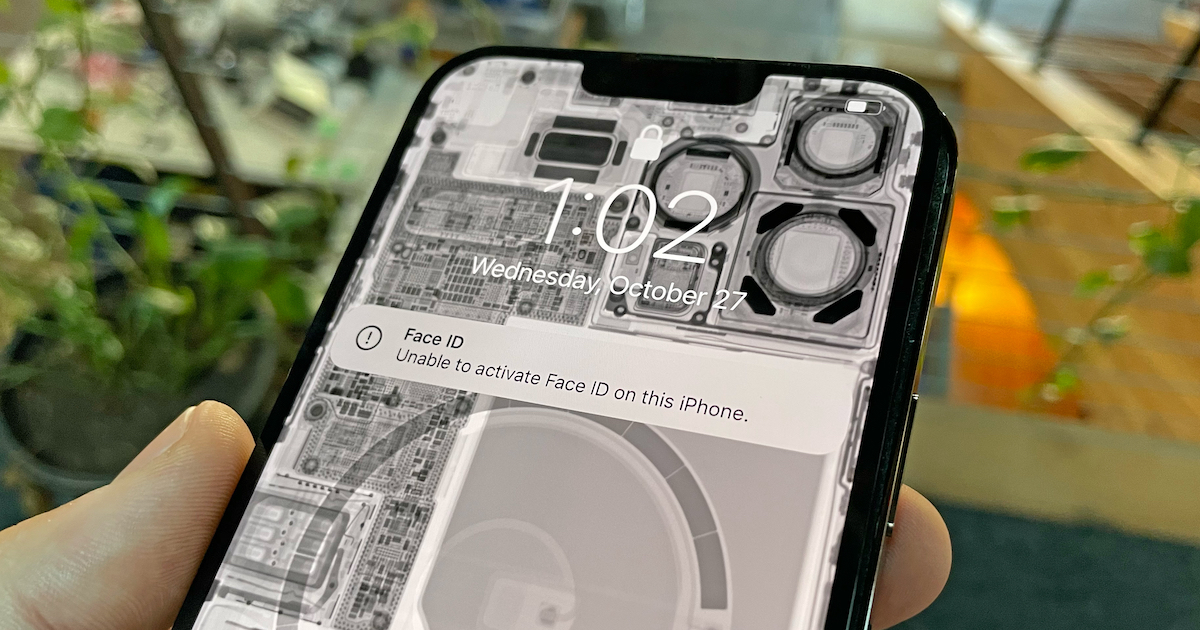 A renowned smartphone teardown team has learned something troubling about the iPhone 13. Apple has added a component to the screen of the latest iPhone. Replacing your iPhone 13 screen through a third party repair service could break FaceID.

What’s Different About the iPhone 13 Screen?

The site, iFixit, has been doing teardowns of iPhones for years. It’s also well-known for its guides and tutorials helping people fix their devices. iFixit has learned that replacing the iPhone 13 screen deactivates FaceID. Even if you take the screen from another iPhone 13, your iPhone displays an error message that says “Unable to activate Face ID on this ‌iPhone‌.”

The problem is that Cupertino has added a small microcontroller to the iPhone 13 screen. Unless Apple pairs your iPhone and this microcontroller, FaceID will not function. Worse yet, the pairing process requires tools only Apple and members of its Independent Repair Provider Program have access to.

Another Attack on Right to Repair?

Being a part of Apple’s Independent Repair Provider Program is no easy task. Many reports indicate that repair shops must deal with horribly restrictive contracts and requirements to have access to the required tools. The most important of these tools logs the repair to Apple’s cloud servers. It synchronizes the serial numbers of the phone and screen.

iFixit did discover a workaround that can bypass the problem. However, this requires carefully removing the microcontroller from the original screen and then soldering it onto the replacement. It’s a very difficult and work-intensive process.

While it’s possible this problem is little more than a bug, iFixit says that seems unlikely.

Technically, yes: Face ID failure could be a very specific hardware bug for one of the most commonly replaced components, one that somehow made it through testing, didn’t get fixed in a major software update, and just happens to lock out the kind of independent repair from which the company doesn’t profit.

More likely, though, is that this is a strategy, not an oversight. This situation makes AppleCare all but required for newer iPhones, unless you happen to know that your local repair shop is ready for the challenge. Or you simply plan to never drop your phone.

Cupertino has been opposed to the consumer’s right to repair for years. Apple has, in previous models of the iPhone, introduced similar repair restrictions. Among those have been Touch ID, True Tone functionality, and replacing iPhone 12 cameras.

5 thoughts on “Replacing Your iPhone 13 Screen May Break FaceID”