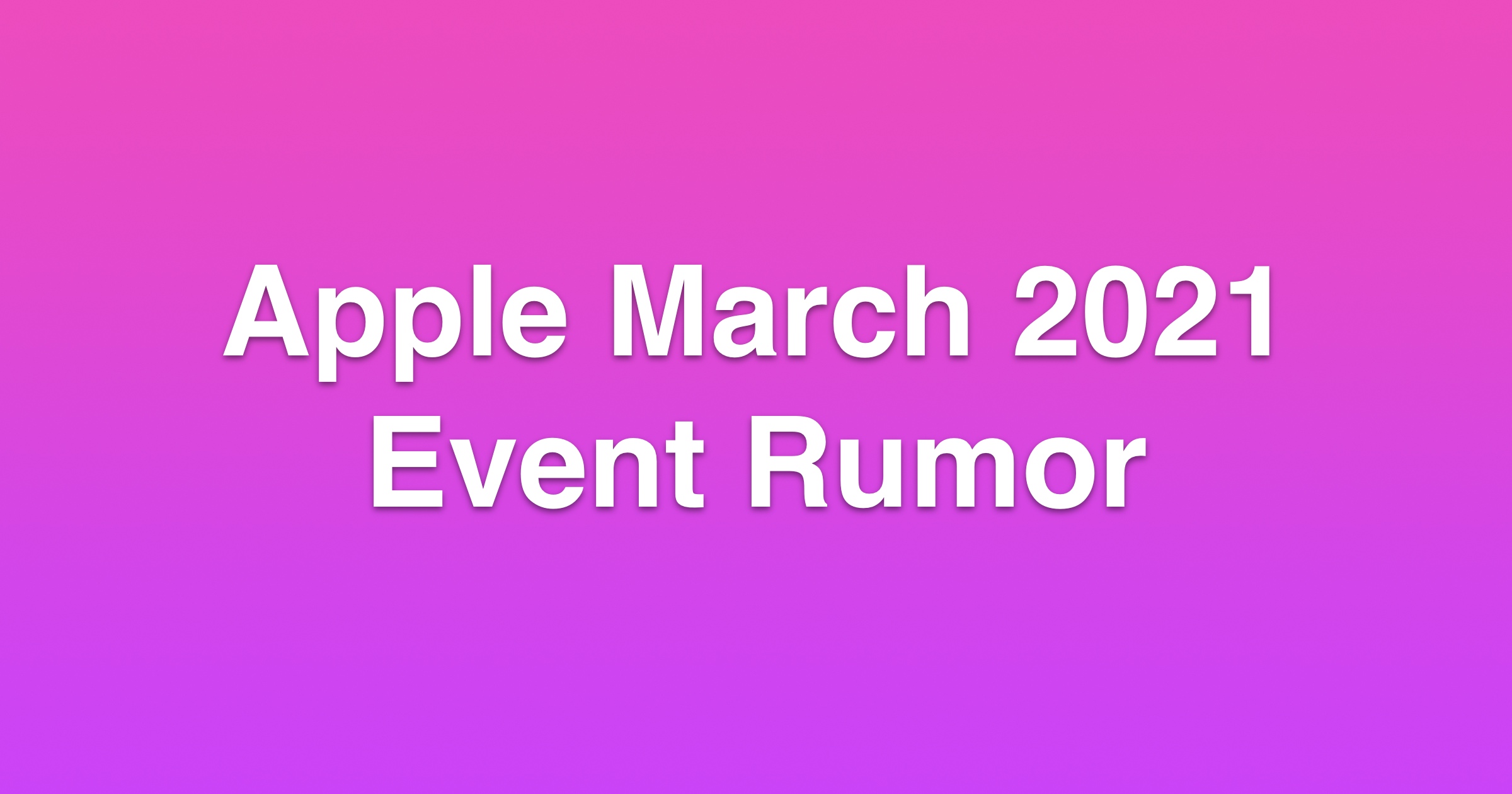 The sources used by the article are two Twitter accounts. While the accuracy/track record of these accounts is questionable, Apple has held spring events in March for the past three years. In 2020 for example, the iPad Pro was revealed on March 18.

Here are a couple of other rumors I’ve been keeping track of that point to a Spring 2021 event. First, according to Chinese website cnBeta, Apple will launch a new entry-level iPad with an A13 chip, Touch ID, and 10.5-inch display.

Second, rumors reported by 9To5Mac suggest an iPad Pro with a miniLED display, an iPad mini that won’t have a redesign similar to the iPad Pro, an iPhone SE 3 released in April but possibly announced at the Spring 2021 event, AirPods 3, AirPods Pro 2, AirTags, and a new Apple TV.

Like its events in 2020 Apple is likely to continue its virtual events well into 2021.