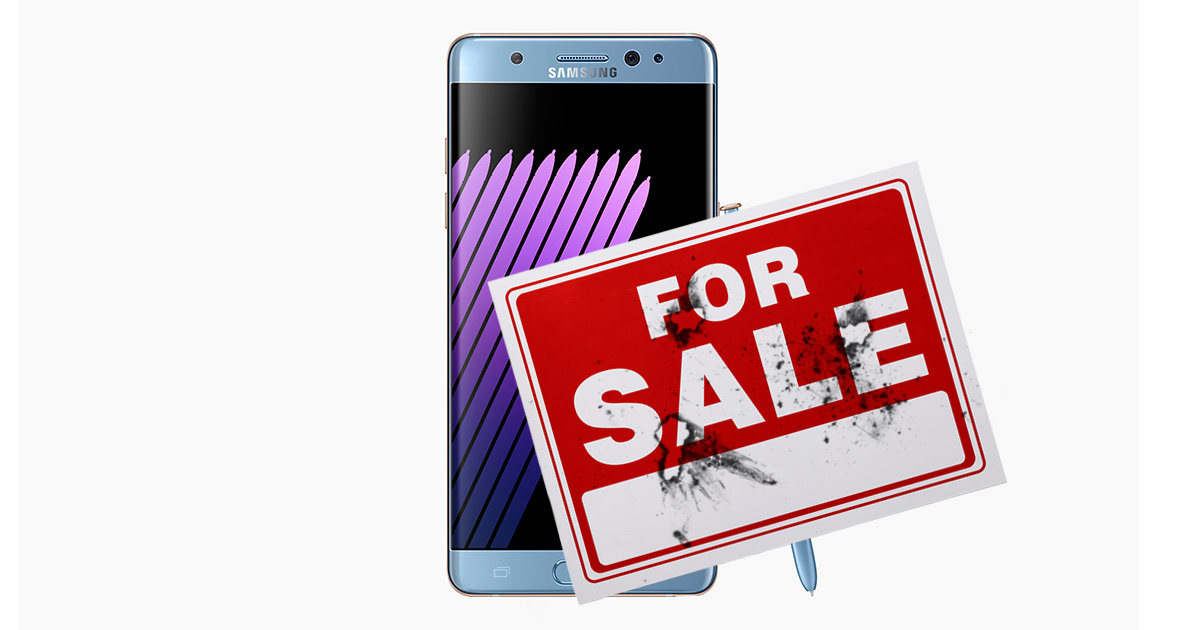 Here’s the back story: Samsung launched its Galaxy Note 7 flagship smartphone ahead of Apple announcing the iPhone 7 in hopes of drawing in new customers. Unfortunately for Note 7 owners, the phone had a tendency to catch fire and explode. It was banned from flights and eventually recalled.

Now Samsung has a few million combustible phones on its hands that need to be disposed of. Stripping the phones down to their individual components and recycling them seems like a logical course of action, but instead the company is going to put as many of them back on the market as it can—presumably with batteries that are less likely to catastrophically fail.

Greenpeace is pleased with Samsung’s plan calling it “great news.”

While refurbishing and reselling the Note 7 may sound like a great idea, Samsung may have a hard time convincing potential buyers that—this time—they really won’t catch on fire. Replacements Samsung gave to customers also suffered from the same fire hazard issues as the units the company first shipped, and in the end the only fix they could find was to cancel the model and round up what had been sold before any more exploded.

If even one of the refurbished Note 7 phones has a similar battery problem Samsung will face a huge PR disaster all over again, which is exactly not what the company needs right now. Not only is the company working on coming out from under the Note 7 fiasco, but vice chairman Jay Y. Lee has been arrested on corruption charges.

Maybe Samsung should’ve just stripped all the Note 7s down to base metal and recycled everything they could instead of risking egg on the face to appease environmental activist groups. At least they won’t be selling the refurbished phones in the U.S.

I’m not worried about them exploding. Here in the UK, Samsung have been running the following commercial non-stop for a few weeks: https://www.youtube.com/watch?v=Hkmp8SmtXSg

Now, that is a fire sale.

Me too, geoduck, and it’s kinda sad, they were once a good organization. At this point, if Greenpeace approves of something, I almost automatically assume that I won’t!

If the price is right, I would so buy one…

I’d say I lost respect for Greenpeace because of this.
But I lost all respect for them a decade or more ago.