This morning Samsung took to Twitter to warn of Smart TV malware, and remaining customers to regularly do a virus scan (via The Verge).

The tweet, which Samsung deleted, says that malware scanning is built in, although it’s unknown why it doesn’t scan automatically. We also don’t know if it was in response to a smart TV hack. You can go to General Settings > System Manager > Smart Security > Scan. 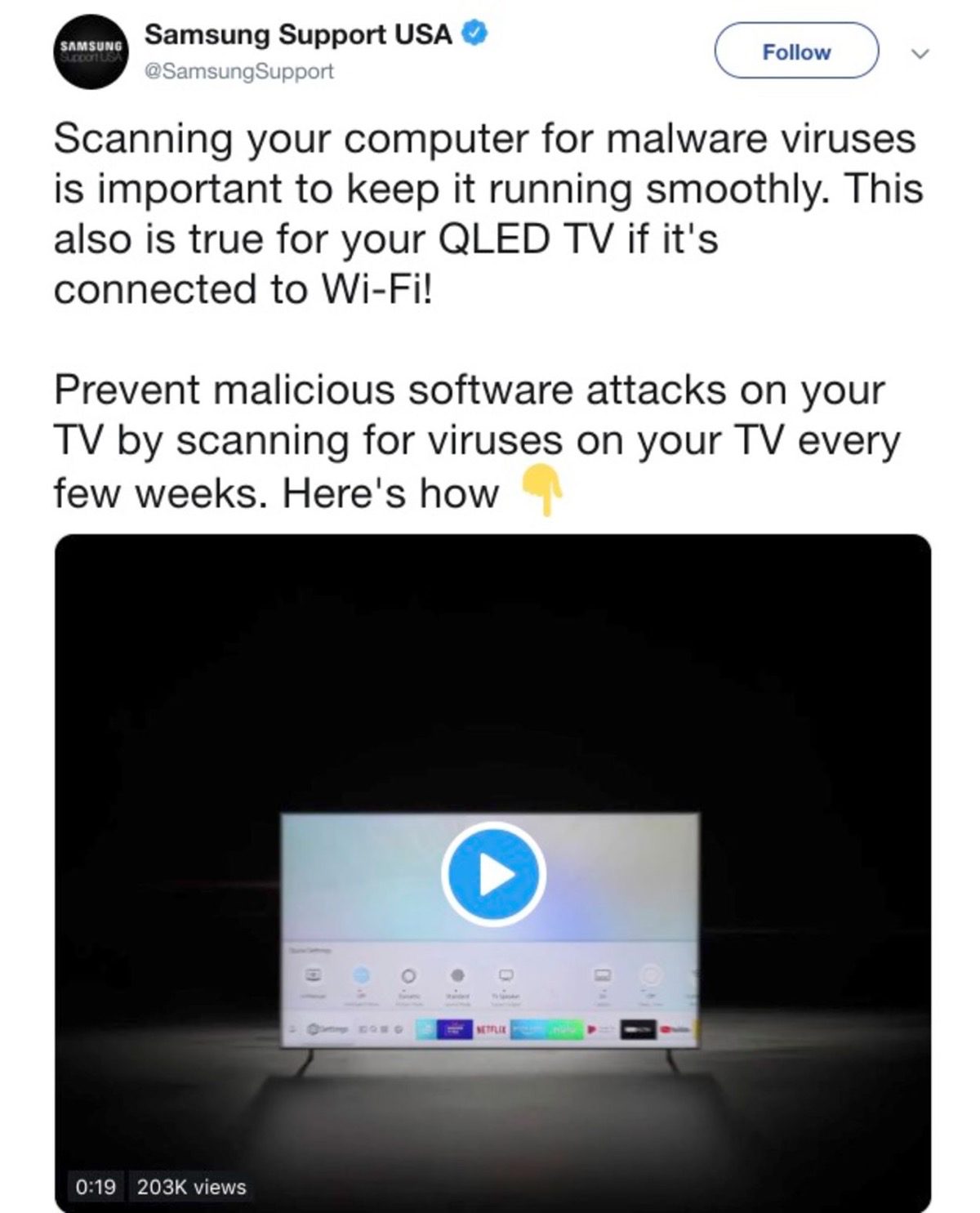 The tweet is a good reminder to either not buy a smart TV (or at least not a Samsung model) or get a malware-free Apple TV.

[Apple Spending up to $30M for Oscar-Worthy Original Movies]