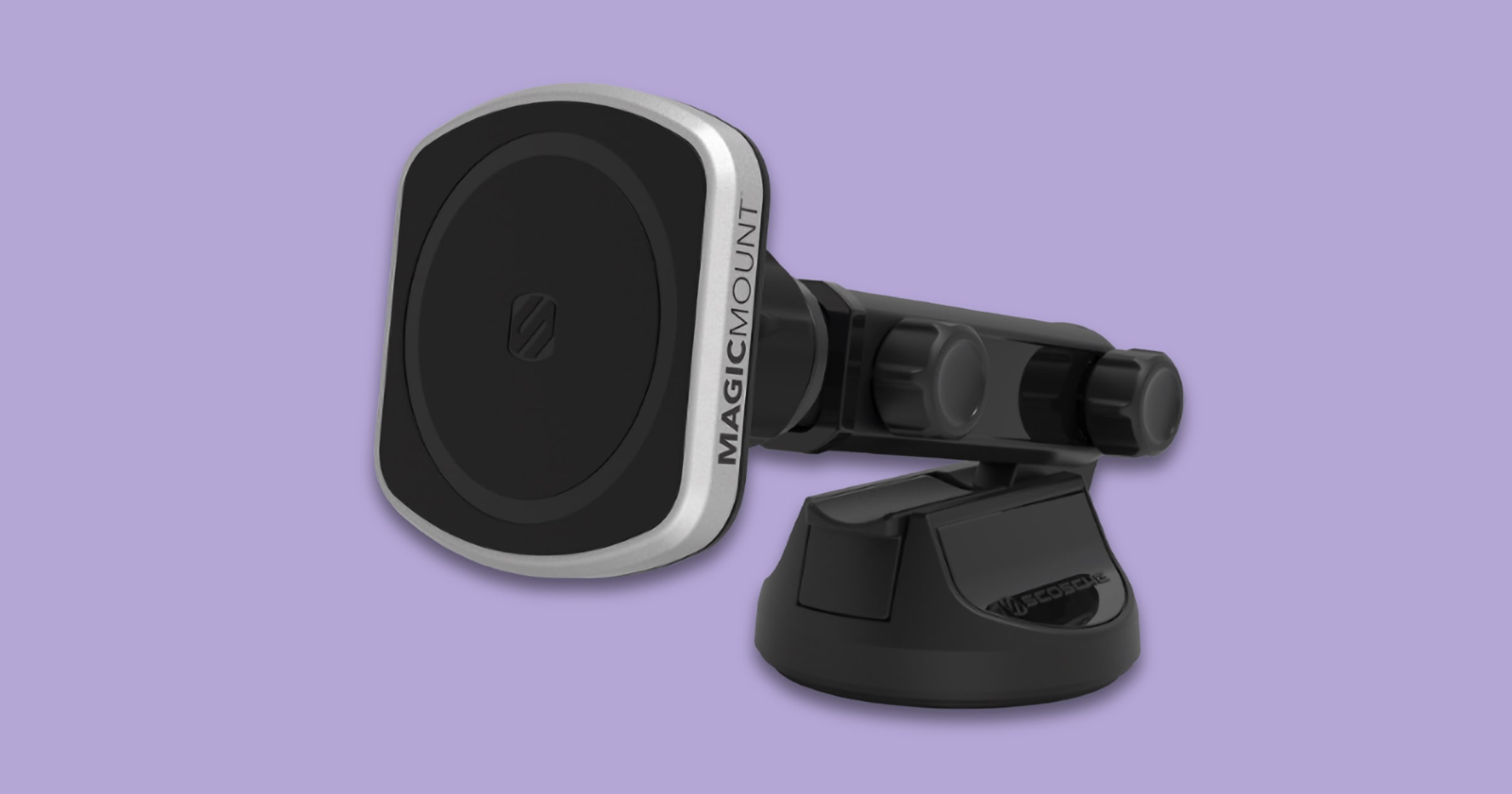 At Pepcom’s Holiday Spectacular 2021 event in New York City, Scosche announced a host of new products for vehicles, wireless charging, and the home. These products will arrive to the company’s website this week.

Designed for Apple iPhone 12 and 13 series phones that have a built-in circle of magnets as part of Apple’s proprietary MagSafe system, MagicMount Pro 2 mounts provide hands-free phone use. These magnets allow iPhone 12 and 13 series phones to attach to MagicMount Pro 2 mounts straight from the box. These mounts work with earlier iPhone series phones as well as Android phones with the use of an (included) MagicPlate. MagicMount Pro2 Phone Mounts come in a selection of base mounting options including: Window/Dash, Cup-Holder, 4-in-1 kit, and the telescoping Extendo. Starts at US$39.99

The MFi-certified 5,000 mAh GoBat rechargeable portable power bank securely attaches to an Apple 12 or 13 series iPhone, thanks to its MagSafe-compatibility, and wirelessly charges it. A 10W USB-C charging port offers wired charging for non-MagSafe phones and other small USB-C devices. GoBat MS features a sequenced LED battery indicator light to show how much power is left, and Scosche includes a 11.8 in. USB-C to USB-C cable to use with the input/output port. US$54.99

Just like the MagicMount Pro2 mounts described above, these mounts hold iPhone12 and 13 series iPhones utilizing their built-in MagSafe magnets and also quickly and wirelessly charge iPhones. The Charge4 mounts also charge Android phones and iPhone Series 8 through 11 using Qi wireless charging. Each Charge4 mount comes with a car adapter that has a bonus 20W USB-C power delivery port to charge a second device, as well as a charging cable and cable clips. Coming soon for US$54.99