Yesterday the Senate voted 97-1 in favor of the Telephone Robocall Abuse Criminal Enforcement and Deterrence (TRACED) Act. By the time it reached the Senate the TRACED Act had 84 co-sponsors.

The bill was introduced by Sens. John Thune (R-S.D.) and Ed Markey (D-Mass.) and would let the government give offenders fines of up to US$10,000 per call. It also gives regulators more time to find scammers, increase penalties for those who get caught, and coordinate law enforcement to increase criminal prosecution. 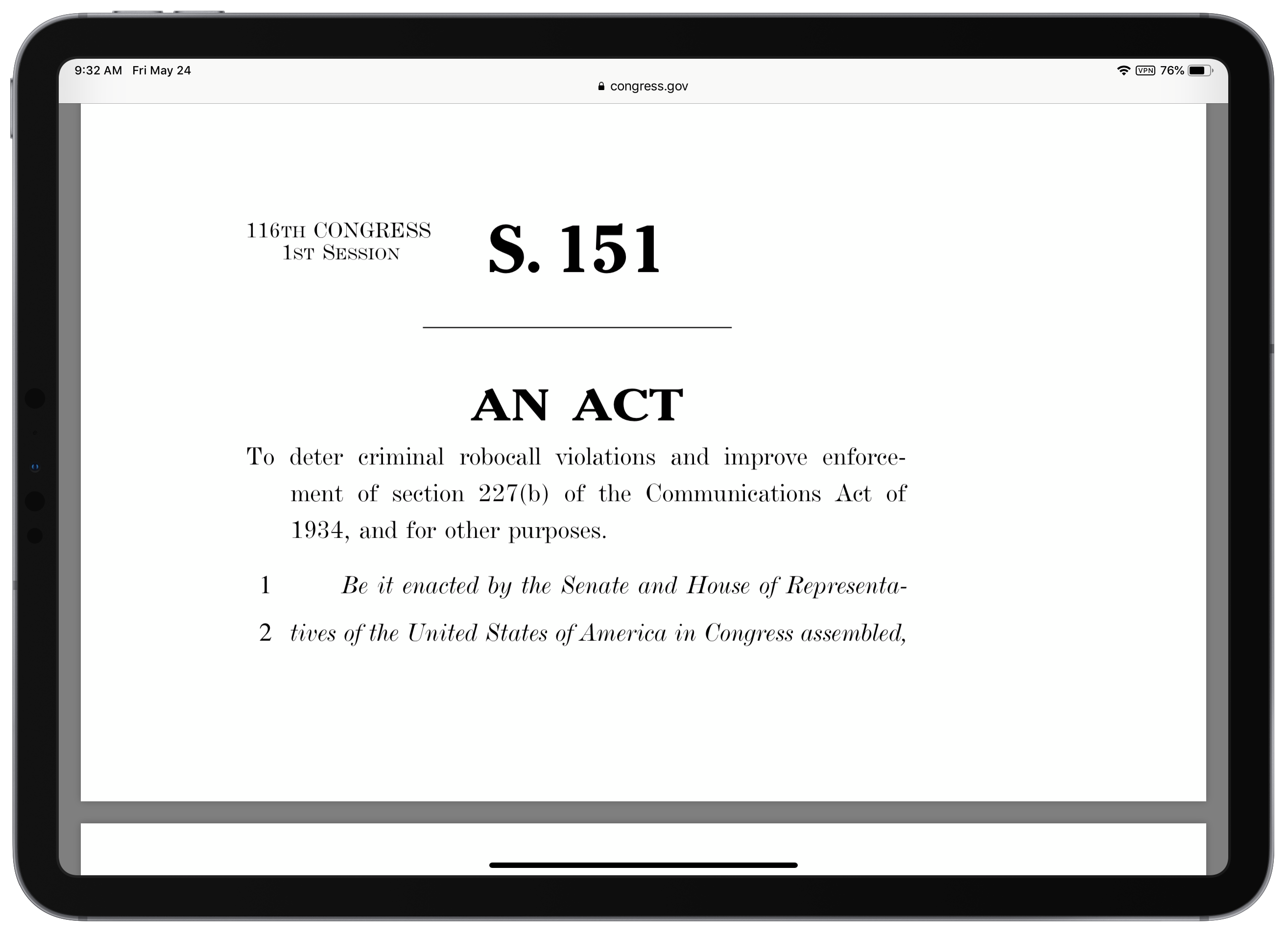 The TRACED Act is also backed by all 50 state attorneys general, the FCC, the FTC, and various industry associations and consumer groups. It still has to be passed by the House of Representatives, which has its own anti-robocall bill from Rep. Frank Pallone Jr. (D-N.J.), the chairman of the Energy and Commerce Committee.

If you’re wondering who was the only person to vote against the bill, it was Senator Rand Paul (R-KY).

[This Privacy Bill Could Stop Warrantless Searches of Cloud Data]