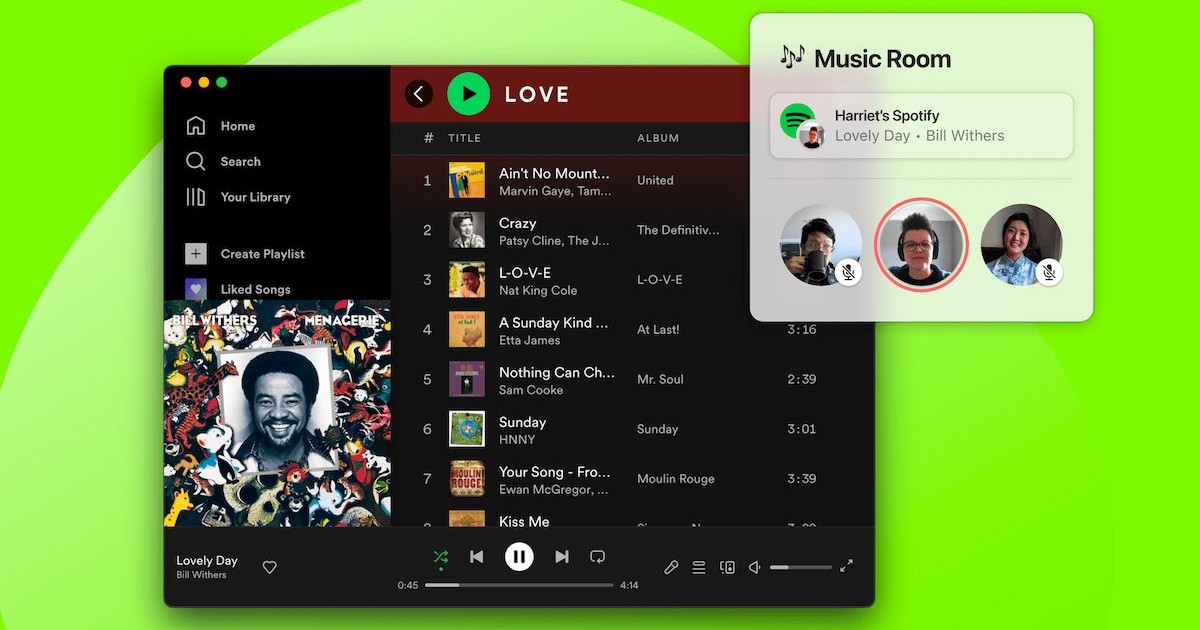 A company using Spotify has announced a new macOS-only client called Remotion. Similar to Apple SharePlay, which allows users to stream media while in a FaceTime call, Remotion shares Spotify media while in an audio/video call.

Update: Updated to reflect Remotion is an app built to use Spotify, it is not developed by Spotify, rather, their own separate company.

Even better, Remotion works without a Spotify Premium account.

Remotion is able to control your Spotify app locally. According to the developers, Remotion features superior audio quality, the ability to work with your playlists and control the volume of music and calls.

Users can create a Remotion Room and gather friends or coworkers to share a Spotify listening experience. To make things more interesting, Spotify has also introduced a feature that doesn’t require pausing the music just to talk. Remotion features live audio ducking, meaning that the volume will automatically lower whenever someone talks. Users can also pause the music if need be.

In a statement, Remotion developers stated,

We started with voice chat (and camera or screenshare if you want). But the devil was in the details: How do you prevent music from echoing when people aren’t muted? Can people hear each other over music? The answer was deceptively simple: Fade the music when people talk. After a ton of iteration, headphones are optional, muting is optional. And it kind of sounds like everyone’s famous—or giving GPS driving directions—your choice.

Remotion does not require a premium Spotify account. However, those that don’t pay for Spotify will still hear ads. After the ad, users are synced back to the conversation.

Furthermore, Remotion is currently free while still in beta. It is not entirely clear how much the app will cost once it is out of beta.

In terms of Spotify, the company has been trying to expand past being more than a streaming service for quite sometime. Way back in April 2021, the company introduced its first hardware product, known as Car Thing. The device seemed like a response to many in-car UIs, and while it could still use a couple of features (such as GPS support), Car Things does provide users with an excellent Spotify experience.

Now, Remotion seems like an answer to Zoom and FaceTime. However, the audio ducking featured within Remotion could be a game changer in video conferencing. Additionally, the developers state that the default settings suggest that you should turn your camera off and just focus on listening to the music.

You can check out Remotion here.

Are you going to try Remotion? Let us know in the comments.