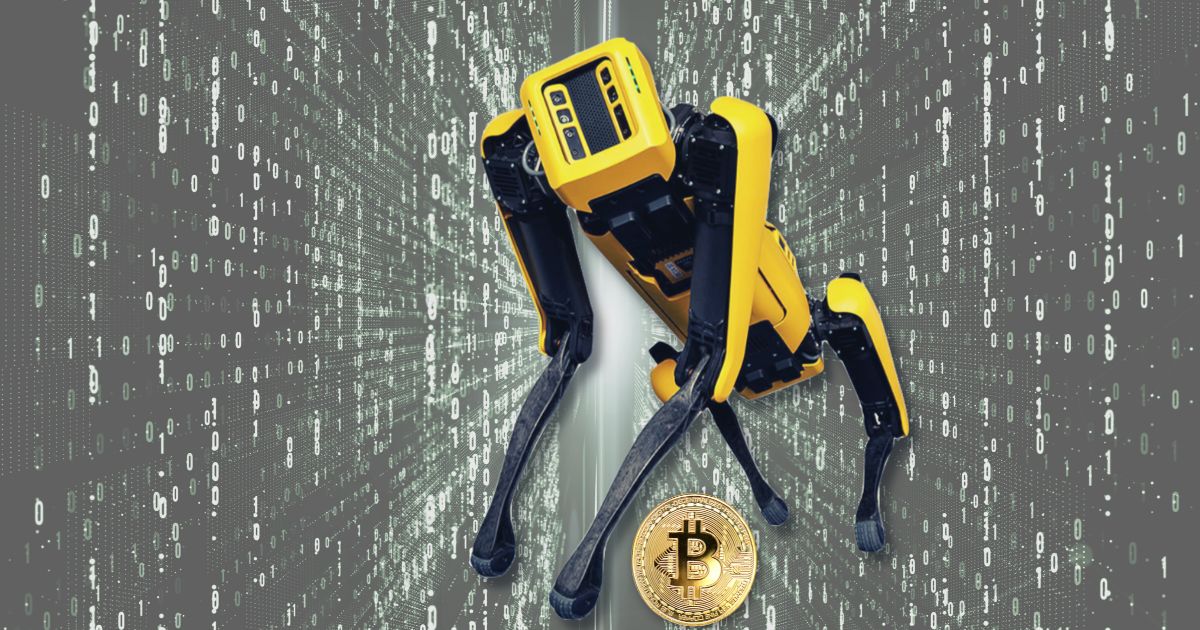 Somewhere in Wales, a hard drive containing 8,000 bitcoins is buried in a landfill. The man who accidentally threw that hard drive away has a master plan to get the bitcoin back, but it will require a pair of $75,000 robot dogs and city council approval where the landfill is located.

In the Oops of a Lifetime, Man Throws Away 8,000 Bitcoins

James Howells, of Newport, Wales, had two identical hard drives. One of them was blank, but he was using the other as cold storage for 8,000 bitcoins. In 2013, Howells accidentally threw the wrong hard drive out with the trash.

That hard drive ended up in the local landfill near Newport, Wales. Howells has made multiple attempts to get permission to search for the drive. He’s been rejected at every turn, but now he has an $11 million business plan he hopes Newport City Council officials will approve.

It’s a high-tech treasure hunt in which Howells will use a pair of robot dogs, human sorters and an AI-powered machine to identify hard drives on a conveyor belt.

Howells mined the bitcoin in 2009, and then sat on it. A common enough practice, since the theory is that bitcoin will only appreciate in value over the long run. Of course, now that the hard drive containing the bitcoin is buried in a landfill, the former IT worker desperately wants to recover it.

His plan calls for using a pair of Boston Dynamics’ Spot robot dogs to help in the effort. Spot first came available in June 2020, at $74,500 per unit. Since then, the robot dog has helped perform scans for construction projects, herd sheep, and even patrol parks in Singapore to enforce social distancing.

In Howells plan, he’ll use the robots as security and roaming CCTV cameras. They’ll also scan the ground, searching for the missing hard drive. He’s budgeting for two of the dogs, so he can keep one on patrol at all times while the other charges its battery.

Howells isn’t just planning all of this on his own education and experience. Nor his own bankroll, since the project could run as much as $11 million and take up to three years. He’s worked with expert advisors to come up with a plan he hopes will be convincing to the Newport City Council in Wales.

The treasure hunter is also working with two venture capitalists to fund the venture. After all, even though the missing bitcoin is worth $168 million as of this writing, there’s no absolute guarantee the plan will work.

The next hurdle may be the most difficult. A Newport City Council spokesperson made it clear to Insider that the man’s chances of approval are slim.

His proposals pose significant ecological risk, which we cannot accept and indeed are prevented from considering by the terms of our permit.

To put all of this into perspective, the task is quite literally like trying to find a needle in a haystack. The most extensive option would involve scouring through 110,000 tons of garbage over the course of three years. Even a scaled down version of the plan would take 18 months and cost $6 million.