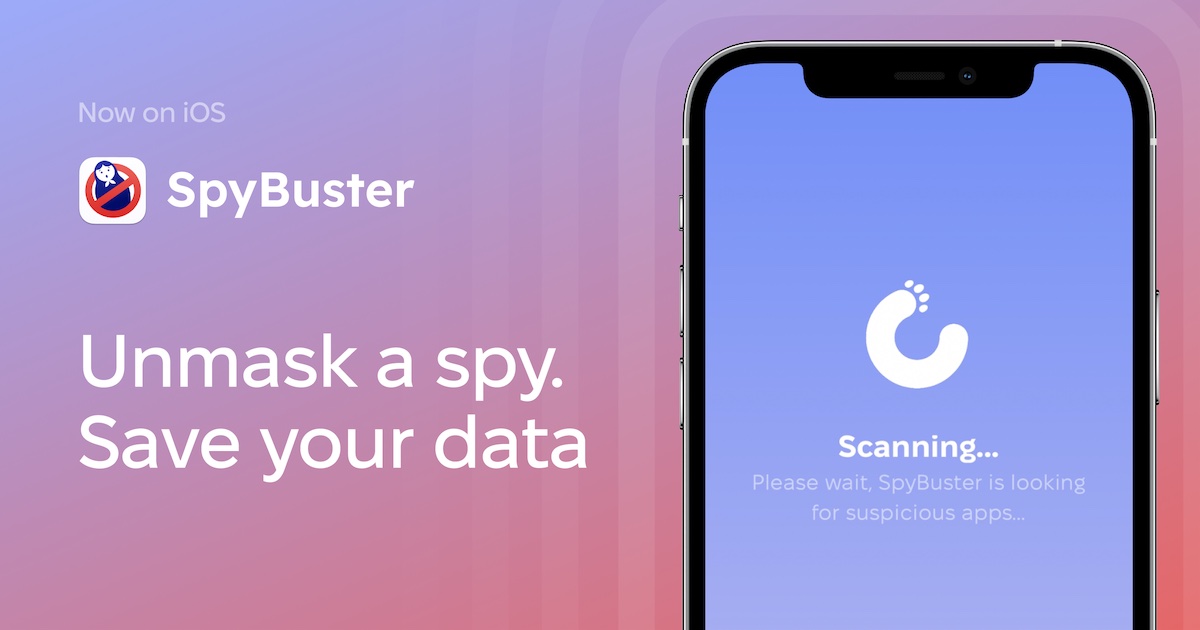 Ukrainian developer MacPaw has officialy released an iOS version of their anti-spying tool SpyBuster. The app is designed to locate apps that originate from or connect to servers in Russia or Belarus.

SpyBuster from MacPaw is a means to help users identify and remove unwanted connections on a users’s iPhone.

Back in 2016, Russia adopted legislation that requires telecom providers to store private user data. This data includes all voice calls, images and text messages going back six months. Telecom providers must all store metadata, such as sender and recipient information, sending time and location for 3 years.

Additionally, the Yarovaya Law allows FSB and other Russian law enforcement agencies almost unlimited access to any user data stored on Russian servers without the need for a court order. Since the start of Russia’s invasion of Ukraine in February 2022, a Microsoft Digital Defense Report states that 53% of all cyber attacks between July 2020 and June 2021 originated in Russia.

In a statement MacPaw said,

Our iPhones store some of the most sensitive information about our lives. Imagine if your digital persona ended up in the wrong hands? Knowing where personal data is going and who has access to it can be crucial to digital safety. And since our whole lives can be stored on our iPhones, SpyBuster for iOS became a priority for the MacPaw team.

SpyBuster works by first scanning for threats. When a user launches SpyBuster on their iPhone, the app scans for executable code and resources within applications in search for evidence of unwanted relations.

When SpyBuster finishes its scan, users will see a list of apps that might be undesirable on your device. Users can tap on each app to view a detailed reason for suspicion. Users are also given instructions on how to delete the app from their iPhone.

Furthermore, users are also able to adjust the detection level between ‘Min’ and ‘Max’ within SpyBuster. For example, users can have the app look for simple things, such as ‘ru’ appearing in the landing page address on the app’s AppStore page. Users can also look for things less obvious, such as the app only coming in two languages, one being Russian.

SpyBuster is currently available for any iPhone running iOS 14 or later. Users can download SpyBuster from MacPaw’s official website or directly from the App Store.

Additionally, SpyBuster is also available for macOS, and as a Chrome extension. MacPaw is also responsible for CleanMyMac X, which also features SpyBuster’s Static Analysis functionality.

Do you plan on installing SpyBuster on your iPhone? Have you tried out CleanMyMac X? Let us know in the comments.

I am really curious how they did this. The app is in the store, so apparently no private APIs were used (or detected, at the very least). I see some code in StackOverflow from the OS 9 days, but usually stuff like that gets locked down by Apple in subsequent releases of iOS.

So, I just finished interviewing the project lead for the app. On the iOS side, the app uses an App Store API that checks developer identifiers and bundle identifiers. It checks these against a database of apps the MacPaw team (with submissions and feedback from users) has confirmed may send your data to a third-party without your knowledge. It’s then up to the user to decide what to do about it, like deleting the app or reporting it to Apple. On the macOS version and Chrome extension, it’s different. Those versions can actually scan your network traffic to determine if… Read more »