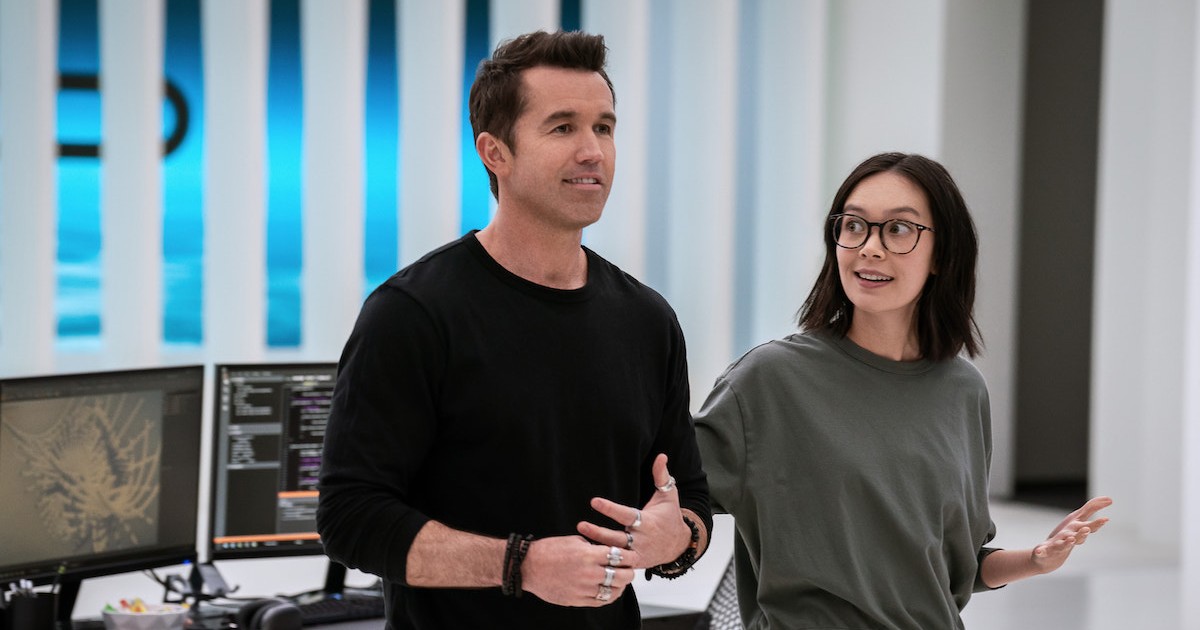 Apple TV+ has officially announced that the workplace comedy Mythic Quest will receive a season three premiere in the fall. The streaming service also debuted a first-look teaser at San Diego Comic-Con.

Created by Rob McElhenney, Charlie Day and Megan Ganz, Mythic Quest will have a 10-episode third season arriving this fall on Apple TV+.

During a special Mythic Quest panel at San Diego Comic-Con, Apple TV+ as well as the cast and creators confirmed that the series will return this fall. Additionally, the crew also shared a first-look teaser for the third season.

During the Comic-Con panel, McElhenney was more than happy to share news with fans. For this season, Hornsby, Prudi and Burch will all find themselves directing for the first time. Additionally, the Mythic Quest team also confirmed that there will be another flashback episode in season three.

“It’s a bit of an origin story about Poppy and Ian,” said Ganz. “Do comic book people like origin stories?”

Furthermore, according to the Apple TV+ press release,

In season three, as Ian and Poppy navigate the gaming world and their partnership at the newly formed GrimPop Studios, Dana is forced to play mediator to her bosses’ incessant bickering. Back at Mythic Quest, David settles into his new role as the boss where he truly finds himself in charge for the first time with Jo returning as his assistant — more loyal and militant than ever; and Carol attempts to figure out where she fits in after a new promotion. At Berkeley, Rachel struggles to balance her morals with capitalism, while a post-prison Brad tries to return to society as a reformed man.

For Mythic Quest, the series was picked up for a third and fourth season despite only airing for two seasons. Mythic Quest joins a small amount of Apple TV+ series to enter into a fourth season. This is due to Apple TV+ still being rather young, having only arrived in 2019.

Unfortunately, F. Murray Abraham will not return for Season Three of Mythic Quest.

Concerning other shows entering their fourth season, For All Mankind also saw an announcement and panel during San Diego Comic-con.

Are you looking forward to Season Four of Mythic Quest? What are you watching on Apple TV+ right now? Let us know in the comments.