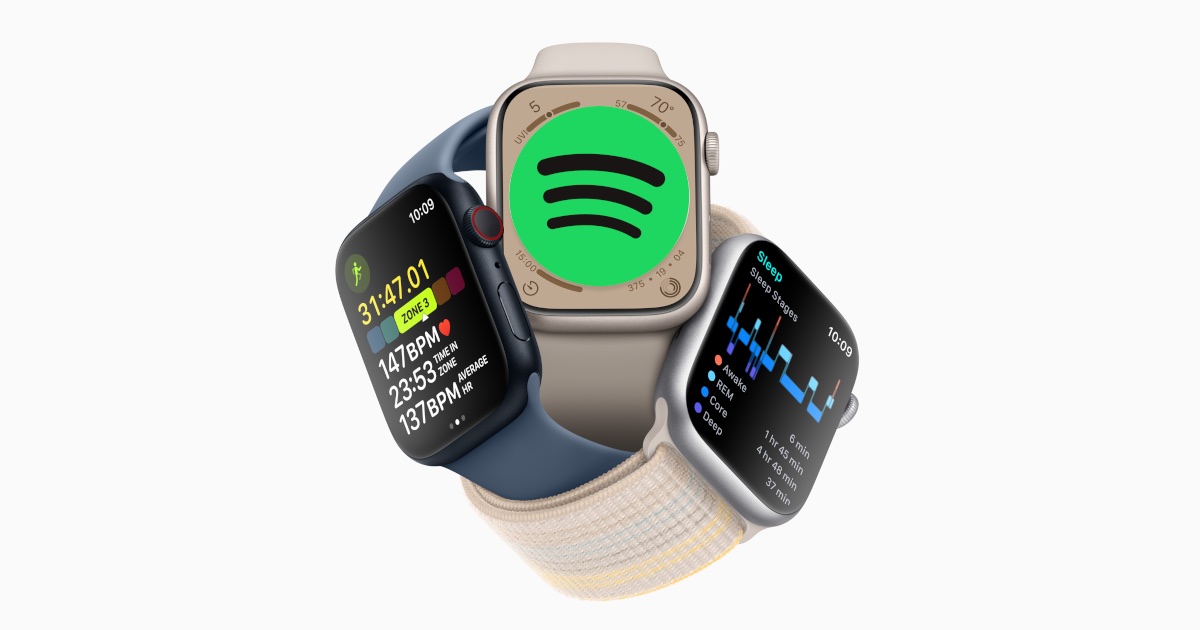 Sept. 12 saw the release of the new watchOS 9, and Spotify is now alerting users via email not to install the update.

According to Spotify, a bug in watchOS 9 will stop music streaming from working.

Reports indicate that Spotify is emailing subscribers informing them not to install the update until Apple fixes the bug. With Spotify seemingly placing the blame on Apple, it also suggests that Spotify is unable to fix the update, or perhaps is just waiting for Apple to do it.

In an email, Spotify stated, “Apple watchOS 9 introduced a bug that causes Spotify streaming on the Apple Watch to stop working.” The company asks that, “Spotify Apple Watch users not to install the WatchOS 9 update until Apple has implemented a fix for the issue.”

Of course, users that have already installed the update are currently SOL. Right now, there is no way to downgrade from watchOS 9. Because of this, Spotify stated that, “users who are already affected can instead download their content to their Apple Watch and listen offline or stream from their phones”.

As part of their next round of betas, Apple has released the watchOS 9.1 update to developers. As of now, folks are waiting on reports to confirm if the update fixes the issue. However, even if it does fix the issue, there are no reports on when Apple intends to make the update publicly available.

If users are looking for the best listening experience while using the Apple Watch, they may want to avoid the watchOS 9 update if possible.

Looking at the Apple Watch

The Apple Watch Ultra also features a customizable action button that can be used to access a variety of features. This includes Workouts, Compass Waypoints, Backtrack and more.

Did you make the update to watchOS 9? Let us know in the comments.