Spotify earning’s for the third quarter 2018 show it has increased its number of subscribers, keeping it ahead of Apple Music.

The Swedish music streaming service added 4 million new users in the last quarter. It now has 87 million monthly subscribers, a 40% year-on-year increase. It has 191 million monthly users, a 28% increase from the same time last year. It has also increased non-paying subscriber numbers by 20% to 109 million. 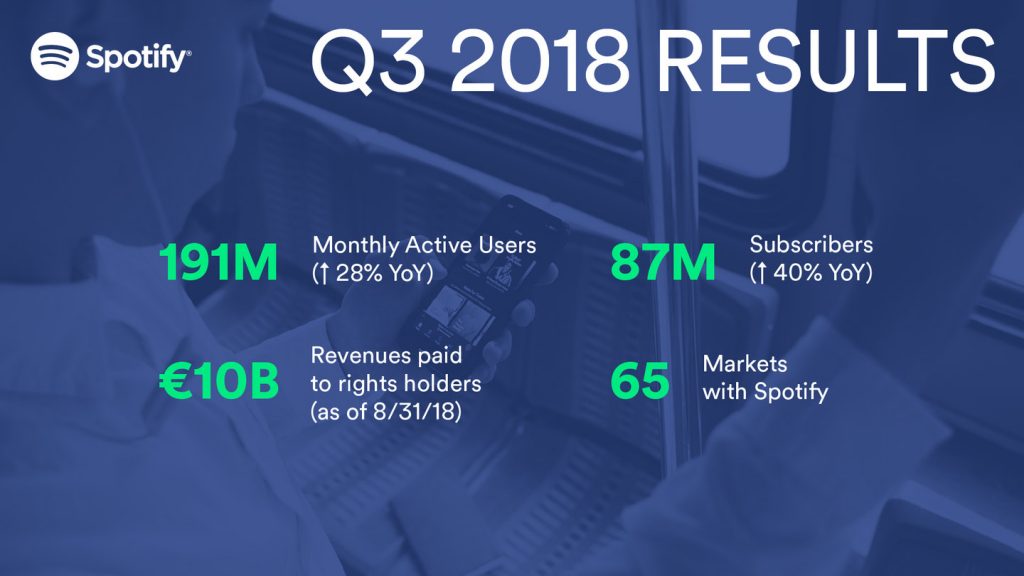 Apple is seemingly lagging behind in the battle for people’s ears. Results from April showed Apple Music had 50 million paying subscribers. Spotify is boosted by a deal with Samsung in which it is installed for free on its smartphones.

Revenues were up 31% and the firm’s results showed that it has dramatically cut its losses from $90 million to $6 million.

Apple has to GET OUT OF MUSIC. Ever since Apple lied to Apple Corp about never getting into the music biz, they have been karma-wise f’d up. Apple took a GREAT music player/app called iTunes and bollocks it. I am so glad I still have redundant Macs to prove how bad Apple runs their co. I still have thousands of free music channels on my Snow Leopard Mac – why don’t you???? They could make some coin on ads if they got their act together and went back to the great iTunes of yesterday. I believe the artist should get… Read more »