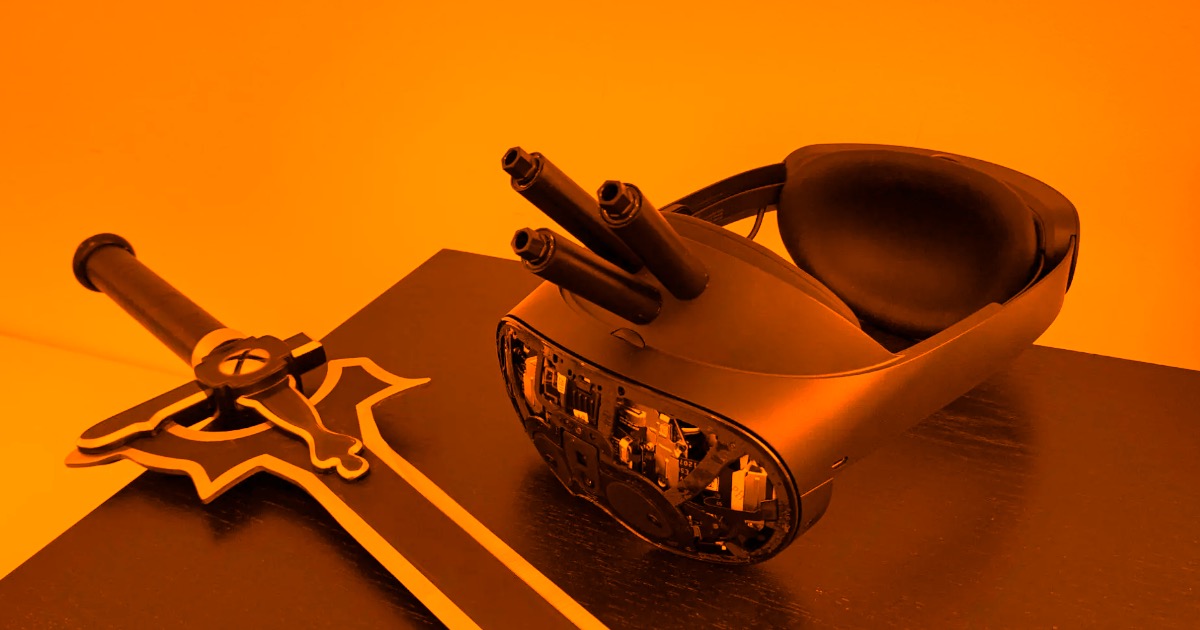 To end on a bit of morbid news today, the founder of Oculus, Palmer Luckey, is claiming to have built a VR headset that will cause a user to die in real life if they die in a video game.

While more than likely breaking several federal and international laws, Luckey claims he has figured out the killing aspect of the device, but not the VR aspect.

As spotted by Futurism, Oculus founder Palmer Luckey has created a blog post explaining his new extremely-morbid VR device. Citing Sword Art Online’s NerveGear as inspiration, Luckey stated he is working on a device that will kill a user in the real world should they die in a VR video game.

The popularity of SAO led to massive otaku enthusiasm for Oculus, especially in Japan, which quickly became our 2nd largest market. In turn, the existence of the Rift made SAO itself seem far more plausible and grounded – a story that had been written in a world where VR was a dead technology was now straight out of the gamer hype headlines. This synergy had meaningful impact on our dev kit sales and adoption – literally thousands of people reached out to me asking variations of “Have you seen Sword Art Online? When will you make the NerveGear real?!”. The Oculus SDK was the closest thing to SAO’s World Seed, a software tool that enabled anyone to create incredible VR worlds.

According to Luckey, the influence of Sword Art Online was not only an influence in the conceptualization of the device, but Luckey also wants to imitate the method in which SAO’s NerveGear literally eliminates the player. While in Sword Art Online, NerveGear uses “a microwave emitter that could be overdriven to lethal levels”, Luckey claims that his device will use explosive charges to terminate the player. Luckey stated, “When an appropriate game-over screen is displayed, the charges fire, instantly destroying the brain of the user”.

‘Features’ of the Device

Additionally, Luckey claims that he plans on adding an “anti-tamper” mechanism that would make removing or destroying the headset impossible, just like NerveGear in SAO. Luckey also admits that there are “a huge variety of failures” that may currently cause the device to malfunction.

Considering the post-meta-irony world we live in now, it’s hard to determine the sincerity of Luckey. As Futurism notes, the Oculus founder does have high credibility in the industry, with him largely known as “the father” of current VR. There is also the fact that Palmer Luckey currently produces military hardware. However, this kind of device is certain to break several federal and international laws should it (somehow) find its way to a market.

While Luckey does admit that at this stage, the device is “just a piece of office art”, he ends his blog post with the ominous statement: “It is also, as far as I know, the first non-fiction example of a VR device that can actually kill the user. It won’t be the last”. While Luckey is exploring the limits of gaming, and possibly drawing them to its final conclusion, seeing the device in any sort of tangible reality seems highly dubious. At least, hopefully.

Honestly, Luckey’s “device” reminds me a lot of the Euthanasia Coaster designed by Lithuanian artist Julijonas Urbonas. With a lift hill design over 1,600 feet tall, the ride drops users into a series of loops that decrease in size, causing enough G-Force that would cause riders to go unconscious and pass away.

While these type of art projects are typically morbid, they do bring about several important questions regarding the future and ethics of certain tech. While I hope against all hope that I’m not going to read a headline involving underground VR players playing virtual Russian Roulette with real stakes, I think, as art pieces, designs such as these can take a critical approach to the limits of technology, gaming or entertainment.

What do you think about Palmer Luckey’s morbid VR “device”? Let us know in the comments.