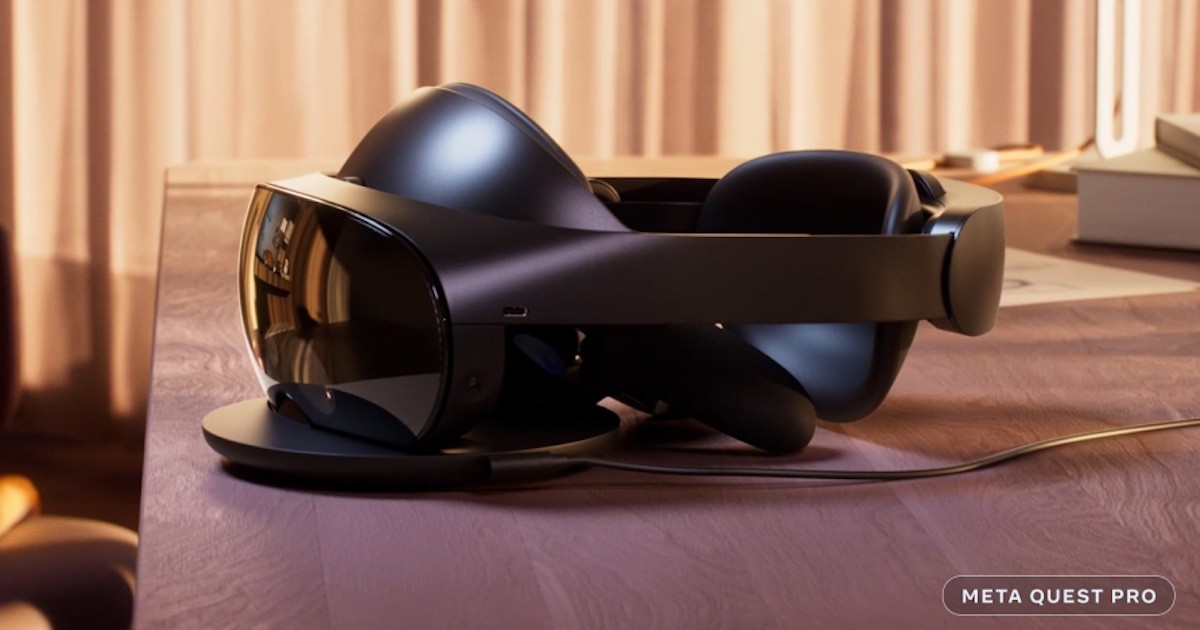 Meta CEO Mark Zuckerberg sat down for an hour long interview with The Verge to discuss Apple and the Metaverse. Within the interview, Zuckerberg discusses the future of Meta, the company’s new Meta Quest Pro, as well as the impact Apple is having on Meta.

Mark Zuckerberg Sits for Interview, Discusses Apple and the Metaverse

Mark Zuckerberg sat down for an hour long interview with The Verge. Discussing a variety of topics, one of the main being the Meta Quest Pro. Originally known as Occulus before acquired by Meta, the device, according to AppleInsider, has the hardware, but is lacking the software. Accordingly, Appleinsider also suggests that both consumers and companies need to make “big decisions” about the concept of the Metaverse.

Discussing the Oculus further, Zuckerberg states that there are “open” and “closed” ecosystems within the tech world. “As we see this play out, is that in each generation of computing that I’ve seen so far — PCs, mobile — there’s basically an open ecosystem and there’s a closed ecosystem. So in PCs, it was Windows and Mac. In mobile, it was Android and iPhone”. Zuckerberg further stated, “In the closed ecosystem, very tightly integrated, relatively insular, a lot of the value basically just flows toward the closed ecosystem over time”.

However, when asked if Meta’s ecosystem will be open or closed, Zuckerberg did not discuss the topic.

In addition to discussing open and closed systems, Zuckerberg also went into how Apple approaches its own closed ecosystems. Briefly touching on the idea that Apple will soon enter the marketplace with its own headset, Zuckerberg believes that Apple is looking to impede Meta’s progress in the marketplace.

I think to some degree, it’s really hard to know what documents or conversations they have that either connect or don’t these different parts of the strategy. It’s certainly plausible that they see this competition in the future and want to hinder us.

Zuckerberg and Meta Vs. Apple

Additionally, Zuckerberg has been a critic of Apple’s App Tracking Transparency. At the top of May, Facebook informed staff that a hiring halt was put in place, citing revenue loss from ATT as the reason. Regarding’s Apple’s ethics on privacy, Zuckerberg stated,

I mean, I do think that one thing that’s been pretty clear is that their motives in doing what they’re doing aren’t as altruistic as they claim them to be. I’m sure they believe at some level in the things that they’re doing and think that they’re good for their customers, but it can’t just be a coincidence that it also aligns very well with their strategy.

He adds, ”It’s hard for me to go too deep on this because, I mean, I don’t work at Apple,” he stated. “I don’t know them that well. And, at the end of the day, I can’t really control what they do”.

Lastly, according to AppleInsider, Zuckerberg also briefly discussed the topic of current economic conditions for Meta’s new headset. While Zuckerberg believes there’s a bright future for headsets, at the current rate, there is no “sense of presence” just yet.

Comparing Apples to Oranges, or Meta

Additionally, trademarks discovered in August also suggest that Apple is gearing up for the release of its first headset. Reports indicate that “Reality One”, “Reality Pro”, and the phrase Reality Processor were filed in various countries, including the U.S., U.K., and Canada.

Concerning augmented reality, Meta is doing everything it can to be at the forefront. Taking some pages from Apple, it seems like Meta wants to be the iPhone of the Metaverse. However, the first company to successfully “break through” on selling the Metaverse to a general audience will likely have a huge advantage as the tech continues to develop. Who is capable of capitalizing on that will likely be a decision made by the users.

What do you think about Zuckerberg’s interview? Let us know in the comments.

One thought on “Meta CEO Mark Zuckerberg Sits for Interview, Discusses Apple and the Future of the Metaverse”