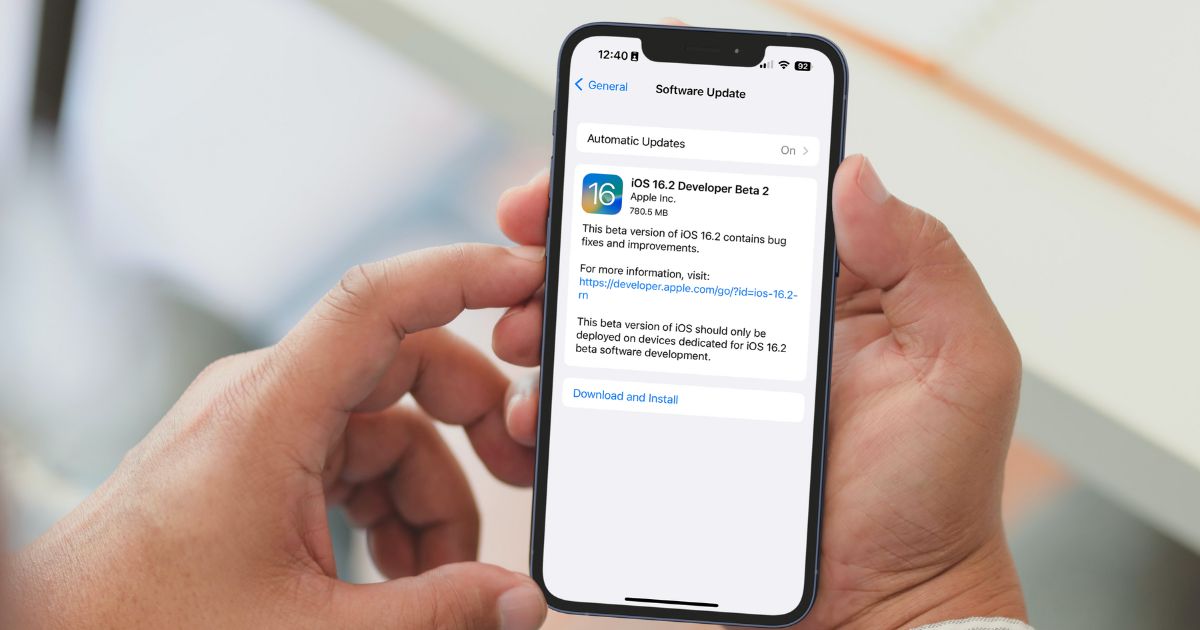 As widely expected, Apple released a new build of iOS 16.2 to developers Tuesday. With this latest iOS 16.2 beta, Apple is adding support for 5G networks in India. Along the way, the iPhone maker has fixed a pesky Lock Screen bug that’s been driving many of us crazy. There’s also a new Medications widget.

Two weeks after seeding the first iOS 16.2 beta, Apple has rolled out the second build to developers. Within this build, the Cupertino-based tech giant has tweaked some existing features, added a couple of new ones and addressed bugs found in the first beta.

Perhaps most importantly for some, the latest build turns on 5G support for iPhone users in India. Apple announced previously the next beta would enable 5G connectivity. It’s testing support ahead of a public rollout likely in December. Currently, iOS 16.2 beta 2 opens up 5G connectivity on Airtel and Jio networks in India.

While reports are mixed as carriers still work on rolling out their 5G networks, one iPhone owner using Airtel Delhi confirmed the coverage works. On Twitter, the iPhone owner posted a screenshot of an internet speed test showing 5G connectivity with download speeds of 354.6mbps.

A Fix for the Lock Screen Camera Bug

One real downer in the first iOS 16.2 beta was a Lock Screen camera bug. More often than not, if you opened the Camera app from the Lock Screen, you weren’t able to navigate away. You could snap pictures, even go to those images in Photos, but couldn’t swipe back to your Home Screen. The only workaround was to lock your device, then unlock it again.

With iOS 16.2 beta 2, that problem is resolved. Apple has re-enabled a swipe gesture it evidently turned off. It’s no longer necessary to lock your iPhone to get out of the Camera interface after you’ve accessed it from the Lock Screen.

With the initial beta of iOS 16.2, Apple added a collection of Lock Screen Sleep widgets. These showed your most recent sleep statistics, and gave a quick overview of how much rest you’d gotten the night before. With iOS 16.2 beta 2, Apple’s Health app gets another selection of Lock Screen widgets: Medications.

If you have Medication logging set up, these widgets will help you view reminders of upcoming doses and quickly access your medication schedule.

There are surely other features and fixed bugs in the beta. We’ll report on them as we learn about them. Developers wanting to test the latest software can do so by downloading the beta configuration profile from the Apple Developer Connection. If you’ve already begun beta testing, the new build can be installed by going to Settings > General > Software Update.

A fresh public beta build should follow within the next day or two. As always, we do not recommend installing any beta software on your daily driver; do so on a backup device, instead.

Alongside iOS 16.2, Apple also seeded new builds of its other operating systems. Included are iPadOS 16.2, watchOS 9.2, tvOS 16.2 and macOS Ventura 13.1. Final versions of these are expected by mid-December.