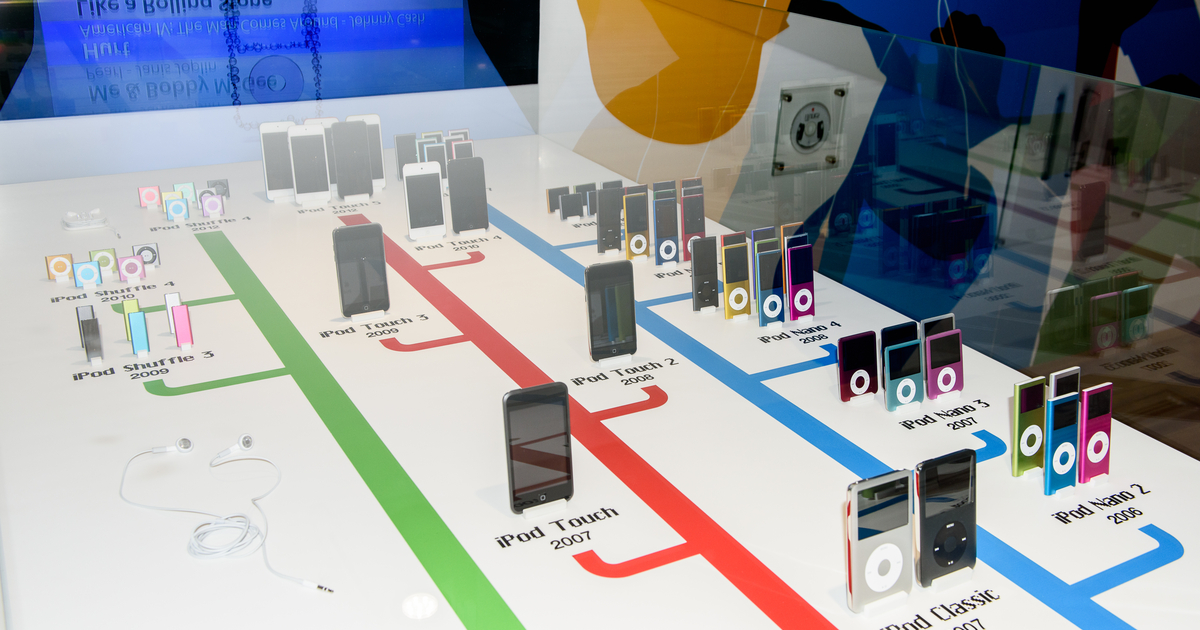 The iPod first came out 20 years ago, revolutionizing the ability to take your music on the go. The concept expanded, Apple released several new products under the iPod name, but then came the iPhone. Quickly, all that remained of the iPod product family was the iPod touch, essentially an iPhone without the cell chip. On Tuesday, the Cupertino-based company announced the end of the iPod era. The music lives on, Apple says, but the iPod touch is officially discontinued.

From iPod and iTunes to Apple Music

In its press release Tuesday, Apple pointed out that the iPod product family “has captivated users all over the world who love the ability to take their music with them on the go.” Over the years, Cupertino expanded on that concept. Today, Apple’s entire product line offers access to more than 90 million songs and over 30,000 playlists.

The Mac, the iPhone, and the iPad all fully support Apple Music and more. There’s also the Apple TV and, when paired with AirPods or some other Bluetooth headset, your Apple Watch. If all you want is the music, podcasts, and other audio content, HomePod mini is a great choice.

The need for the iPod touch, Apple’s final offering in that family, has dwindled to almost nil. The device itself hasn’t been updated since 2019. The most recent generation only has the A10 Fusion chip that powered the iPhone 7. For those who lost track, Apple’s up to A15 Bionic for the iPhone and its M1 SoC powers Macs and several iPad models.

Greg Joswiak, Apple’s senior Vice President of Worldwide Marketing, said the iPod may be done but not the music experience it launched.

Today, the spirit of iPod lives on. We’ve integrated an incredible music experience across all of our products, from the iPhone to the Apple Watch to HomePod mini, and across Mac, iPad, and Apple TV. And Apple Music delivers industry-leading sound quality with support for spatial audio — there’s no better way to enjoy, discover, and experience music.

The Product Discontinuation We’ve Been Predicting for Years

In February, I suggested Apple should discontinue the iPod touch and instead offer a $199 iPhone SE. That wasn’t even close to the start of the conversation, though. Apple fans and pundits alike have been calling for Cupertino to discontinue the product almost since its latest generation released.

Some argue the iPod touch is great for children and others who want or need the iOS experience without the cellular capability. The most recent model does run iOS 15, but only barely. The fact is, there are better options, even if they do cost more.

Setting up a new iPhone without a cellular plan may not be as easy as with one, but it’s still possible. On top of that, most people probably have an older iPhone that’s still fresher than the iPod touch to pass down to the younger generations.

The iPod touch Reaches the End of Its Lifetime

Do I believe Apple should offer something to consumers at a price point similar to that of the iPod touch? Absolutely, but I don’t think it need be a refreshed iPod touch. That’s probably a topic for another day, though.

If you want to get your hands on an iPod touch, Apple is still selling them … for now. Cupertino says consumers can still purchase iPod touch through its website, Apple Store locations, and Apple Authorized Resellers while supplies last.

One thought on “The Music Lives On, but the iPod touch Reaches the End of an Era”