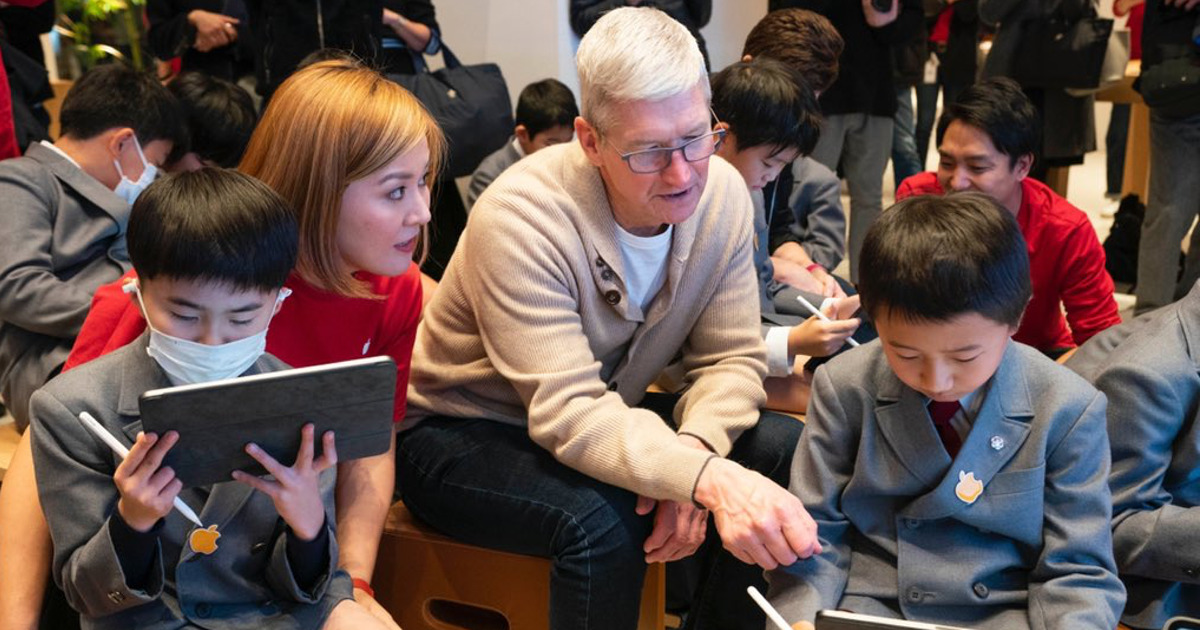 Apple CEO Tim Cook probably hasn’t coded for many a year. However, it was a key part of how he got into the tech industry.

The Importance of Coding

No surprise then that Mr. Cook publicly marked Computer Science Education Week. Mr. Cook visited Apple Marunouchi in Japan. There, he was joined by Rikkyo Primary School. The appeared to have taken part in a Today at Apple course to start learning some computer science skills. Mr. Cook tweeted that “coding is one of the most important skills you can learn.”

Coding is one of the most important skills you can learn. Loved celebrating Computer Science Education Week with students from Rikkyo Primary School at Apple Marunouchi! ðŸ‡¯ðŸ‡µ #TodayatApple pic.twitter.com/lBv78PRGxk

Today at Apple sessions include one called “Getting Started with Swift Playgrounds.” Another is focussed on children. It is called “Coding Lab for Kids” and teaches them using a Sphero Robot.