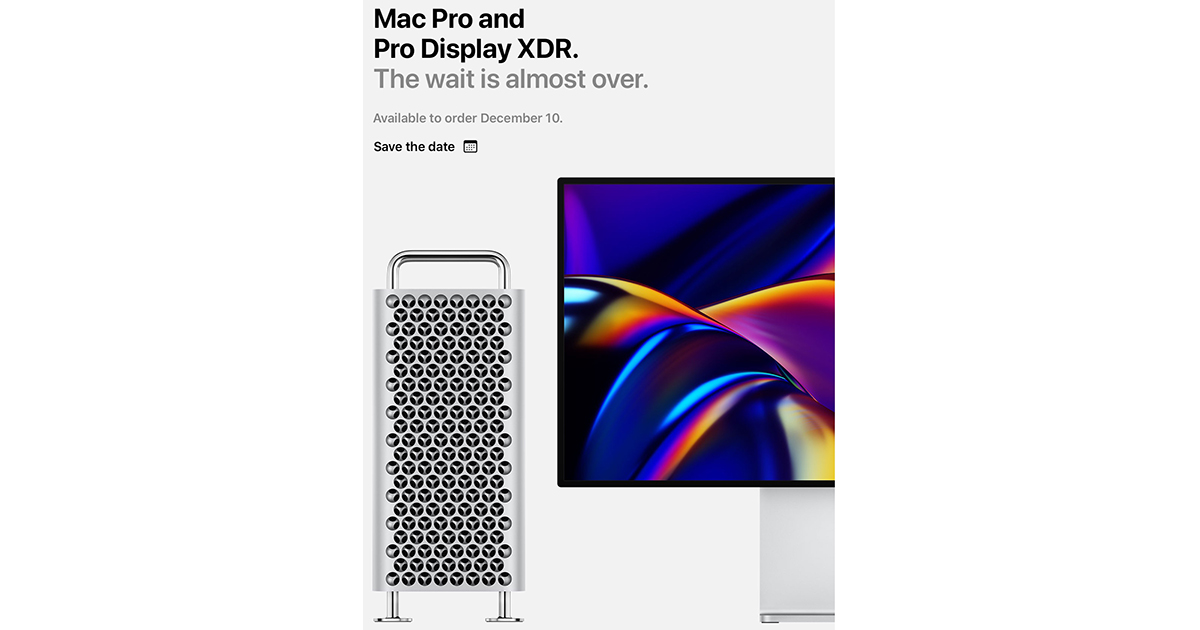 Apple announced late on Saturday that its long awaited Mac Pro, as well as the Pro Display XDR, will go on preorder December 10th. The company notified customers who has signed up for notifications about Mac Pro via email.

That email didn’t include any new information such as pricing, availability, and shipping, but the Mac Pro was announced earlier this year as starting at $5,999. That price gets you an 8-core Xeon processor, 32GB of RAM, the Radeon Pro 580X GPU, and a 256GB SSD. Upgrade options include up to 28 cores on the CPU, up to 1.5TB of memory (!!), up to an AMD Radeon Pro Vega II Duo GPU, and more.

The Pro Display XDR starts at $4,999, with an optional $1,000 stand. It’s a state-of-the-art reference 6K monitor aimed at Hollywood and other production houses.

As noted above, Apple has not yet announced additional pricing for Mac Pro. The company does lay out your upgrade options on a Mac Pro placeholder Specs page.