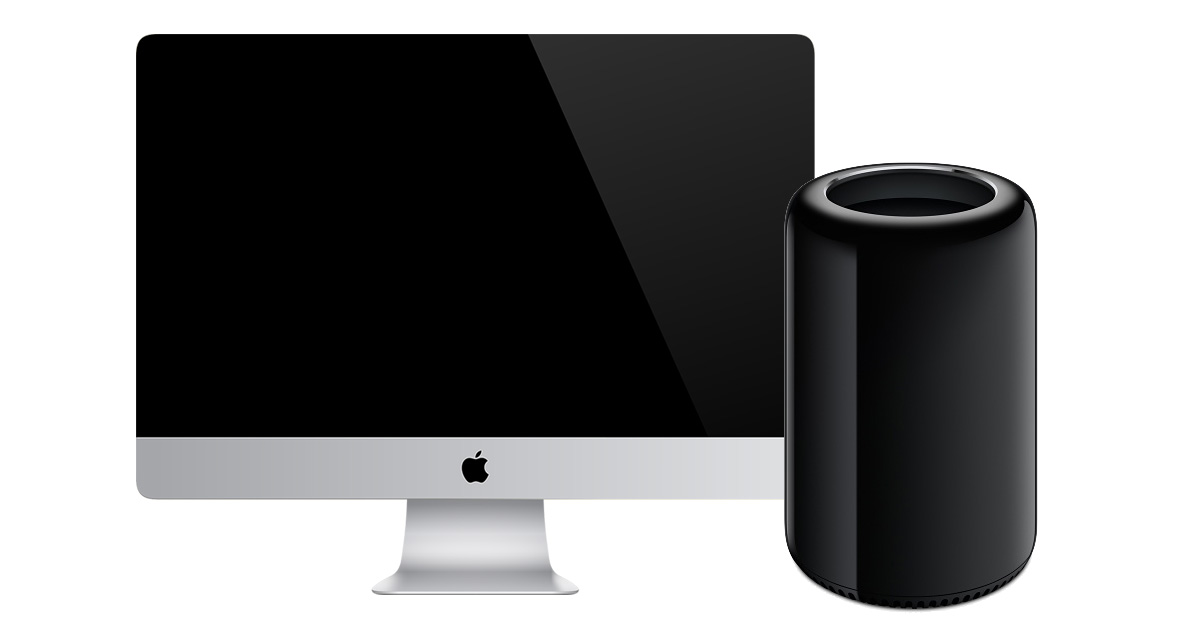 Tim Cook says Apple has big plans for the desktop

Mr. Cook shared that with Apple employees in a post on the company’s internal message board. TechCrunch got ahold of the message where an employee asked, “We had a big MacBook Pro launch in October and a powerful upgrade to the MacBook back in the spring. Are Mac desktops strategic for us?”

Mr. Cook responded saying that “the desktop is very strategic for us.” He added,

Some folks in the media have raised the question about whether we’re committed to desktops. If there’s any doubt about that with our teams, let me be very clear: we have great desktops in our roadmap. Nobody should worry about that.

That’s somewhat reassuring since Apple’s desktop product lineup seems to be languishing. What’s missing is a clear statement as to what that roadmap includes, like “a significant upgrade for iMacs this year,” or “new Mac Pro models are coming this spring.”

What Mr. Cook is saying is that Apple plans to do something in the desktop space, but he isn’t saying what that means. He could be talking about incremental changes such as new processors and adding USB-C ports, or he could mean radical redesigns are coming.

Based on current sentiment, it doesn’t look like there’s much hope for major changes and instead people are expecting little more than processor bumps. That said, this is Apple’s opportunity to prove the pundits wrong and release game changing desktop hardware.

In the context of his reply, it probably doesn’t mean too much that he didn’t mention the Mac specifically. The question he was posed asked about the Mac and the desktop space and that’s what he addressed in his reply. Translation: just because Mr. Cook said “desktop” instead of “Mac” doesn’t mean the Mac desktop product line is dead.

What we do know is that Mr. Cook said Apple is still committed to the desktop. Now he needs to prove it.

Needed a desktop right now and your lineup was not up to it. After 27 years with apple you’ve managed to force me to switch back with a forgotten Mini, a sealed iMac and absurdly priced Pro.

Cook doesn’t have a road map. He has a train wreck and he’s directing traffic around it! Today’s Apple is 10 times bigger than it was pre-iPhone. That leaves PLENTY of room to devote 80% to iPhone, 10% to iPad and 10% to Mac and still devote the same resources to yearly updates for Mac! Methinks there’s a funnel of control freaks at the top of the company giving each product their personal attention and that’s ultimately preventing the company from shipping more than a couple of products a year. Yes, I’m looking at you Phil & Craig. I suspect… Read more »

No, I was thinking of Toby Keith’s hit of a few years ago entitled, “A little less talk and a lot more action.”

I’m still using a more than six years old iMac and I will not get another until I am able to easily upgrade memory and local drive myself. The “new” iMacs look nice, but are too sealed for my liking.

there’s a song that contains a line that needs to be an ear worm in Tim Cooks’ ear:

“A little less talk and a lot more action.”

The Mac still has a future in desktops

jackadoodle is tired of the nonsense

I’m sorry, but Apple does not walk the talk. The Mac, as long time users came to know it, is dead. It is an excellent consumer computer, but fails in many ways on a professional level. It can be revived, but that is not questionable. The question is whether Apple cares for those who kept it alive when times were tough. Thanks for your love, Apple. How quickly we forget.

Yeah, yeah, yeah. It sounds a tiny bit encouraging, but as Steve Jobs used to say…

It would be nice. I understand that technology evolves and shifts, and that companies need to stay competitive. Nevertheless, we really aren’t quite on the other side of the current shift just yet, it would be very foolish to just leave us creators in limbo. I’ll withhold judgement until I see announcements. 😉

How Apple Alienated Mac Loyalist is an interesting and insightful article written on Bloomberg today.

How Apple Aliented Mac Loyalist is an interesting and insightful article written on Bloomberg today.

The iMac will likely see some minor upgrades like those mentioned in the article. The Mac Pro likely will see nothing which is unfortunate. This system really needs to be retrograded into a true Pro system with plenty of expand ability along the lines of Tower designs from years past. There is no need to reinvent when it comes to a Pro system.

Old UNIX Guy says that he’s tired of all the talking.

Tim, why should we believe you, especially after you hyped the October MacBook Pro launch with a “Hello Again” tagline, setting expectations that you completely and utterly failed to meet? While I personally don’t like country music, there’s a song that contains a line that needs to be an ear worm in Tim Cooks’ ear:

“A little less talk and a lot more action.”

Or, more bluntly, put up or shut up.

we have great desktops in our roadmap.

OK fine. But how far down the road? Are we talking March, or 2018?
Just because you have a map doesn’t mean it’s close.
Both Hobbiton and Mordor were on Bilbo’s roadmap.

(Sorry, I’m in the middle of a holiday Hobbit/LotR marathon.)