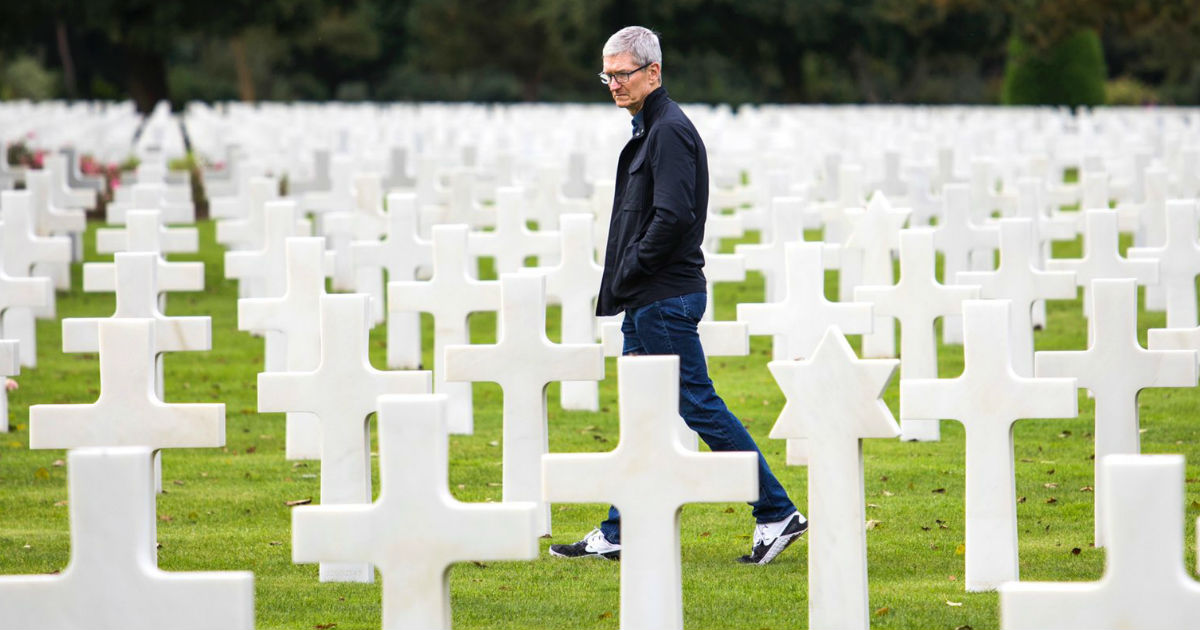 Apple CEO Tim Cook paid tribute as the world marked the 75th-anniversary of D-Day Thursday. He said those that had stormed the beaches at Normandy had “changed the course of history.”

Mr. Cook tweeted a poignant picture of him walking through a war memorial. In the accompanying message, he said that “150,000 brave souls stormed the beaches of Normandy” and that “their sacrifice will never be forgotten.”

As well as D-Day, Mr. Cook has used his Twitter account this week to mark the start of Pride month and the Muslim festival of Eid Al Fitr. He also made more political statements on the social network. On Wednesday he thanked House lawmakers for passing the Dreams and Promises Act and tweeted about World Environment Day.