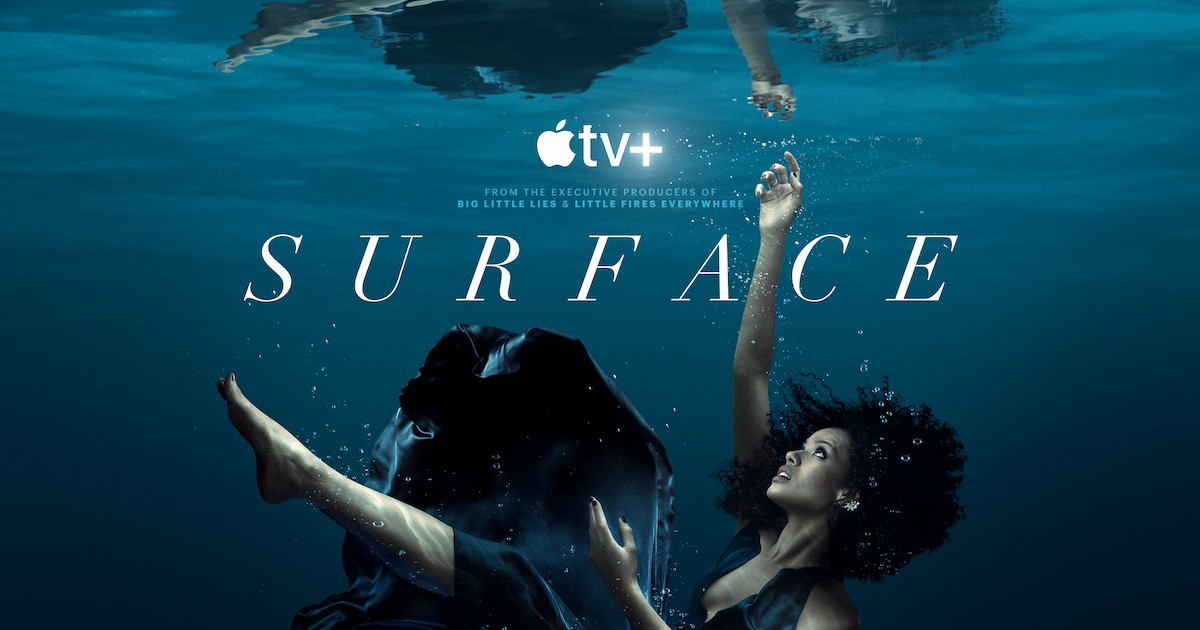 A trailer for the new TV+ series Surface has made its way to the Internet courtesy of Apple.

In the Apple TV+ trailer for Surface, Gugu Mbatha-Raw (The Morning Show) stars as Sophie. Left with severe memory less after taking a fall into the ocean, everyone tells her she attempted to take her own life. Her husband, played by Oliver Jackson-Cohen (The House of Haunting Hill) insists that they start the marriage over. However, insisting that everything is fine causes Sophie to question why she would want to jump in a river in the first place.

Sophie says in a voice over that plays during the trailer, “We can’t just pretend we’re new people. Or that the past doesn’t exist.”

Set in high-end San Francisco, Surface stars Gugu Mbatha-Raw (The Morning Show) as Sophie, a woman who has suffered a traumatic head injury that has left her with extreme memory loss, believed to be a result of a suicide attempt. As Sophie embarks on a quest to put the pieces of her life back together with the help of her husband and friends, she begins to question whether or not the truth she is told is in fact the truth she has lived. Through twists and turns and an unexpected love triangle, this sexy, elevated thriller asks: What if you woke up one day and didn’t know your own secrets? Surface is a story of self- discovery which contemplates if we are pre-programmed to become who we are, or if we choose our own identity.

In addition to Mbatha-Raw and Jackson-Cohen, the series also features Stephan James (If Beale Street Could Talk), Ari Graynor (Mrs. America), Marianne Jean-Baptiste (Without a Trace), François Arnaud (I Killed My Mother) and Millie Brady (Pride and Prejudice and Zombies).

Surface premieres on Apple TV+ with the first three episodes July 29. The remaining five episodes will then roll out weekly every Friday.

In other Apple TV+ news, Obi-Wan Kenobi star Moses Ingram joins the cast of the series Lady in the Lake. It is based off the titular novel by Laura Lippman. Additionally, Apple TV+ has also made an order for the series Criminal Record. The eight-episode crime thriller stars Peter Capaldi and Cush Jumbo.