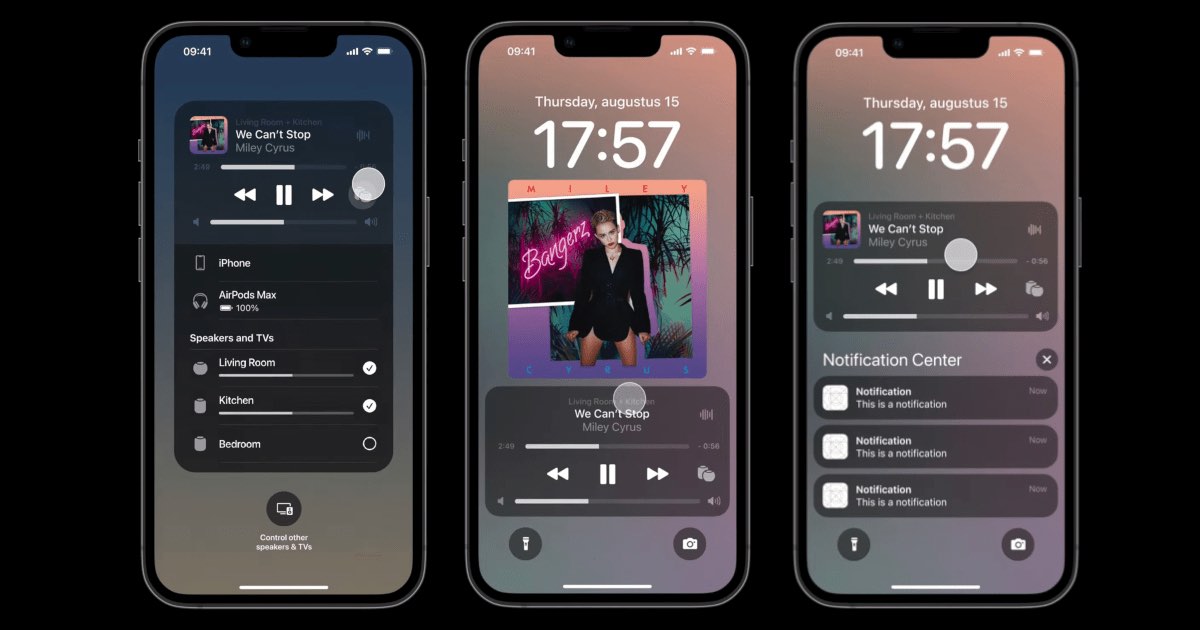 The new iOS 16 brings about a new Lock Screen with a redesigned Media Player and it looks great. However, things can get messy once notifications start rolling in, and UI design student Hidde Collee believes it could use a few improvements.

Collee compares the new iOS 16 Lock Screen’s ability to show full album art to that of iOS 10 when users could do the same. While the student believes that Apple did a great job overall, there could still be some improvements. While Collee believes that the new Lock Screen can become “busy”, Collee also believes the animations could be better for the album art.

Sharing a video posted to YouTube, Collee shows a few improvements that he rendered, showcasing some differences Apple could implement into the Media Player on the Lock Screen.

The video shows some notable differences, which includes:

Collee’s changes do provide smoother animations, and an overall more dynamic and professional looking presentation compared to what is currently offered within the public beta.

However, it is important to remember that the current Media Player and Lock Screen are exactly that: betas. As we approach the official launch of iOS 16, which is likely coming up, Apple is likely to make some design tweaks between now and the launch. Hopefully the company does make some small improvements between the beta and the official release, perhaps even taking a few notes from Collee.

What do you think about iOS 16’s new Lock Screen? Do you like the way it handles the Media Player and Notifications? Let us know in the comments.