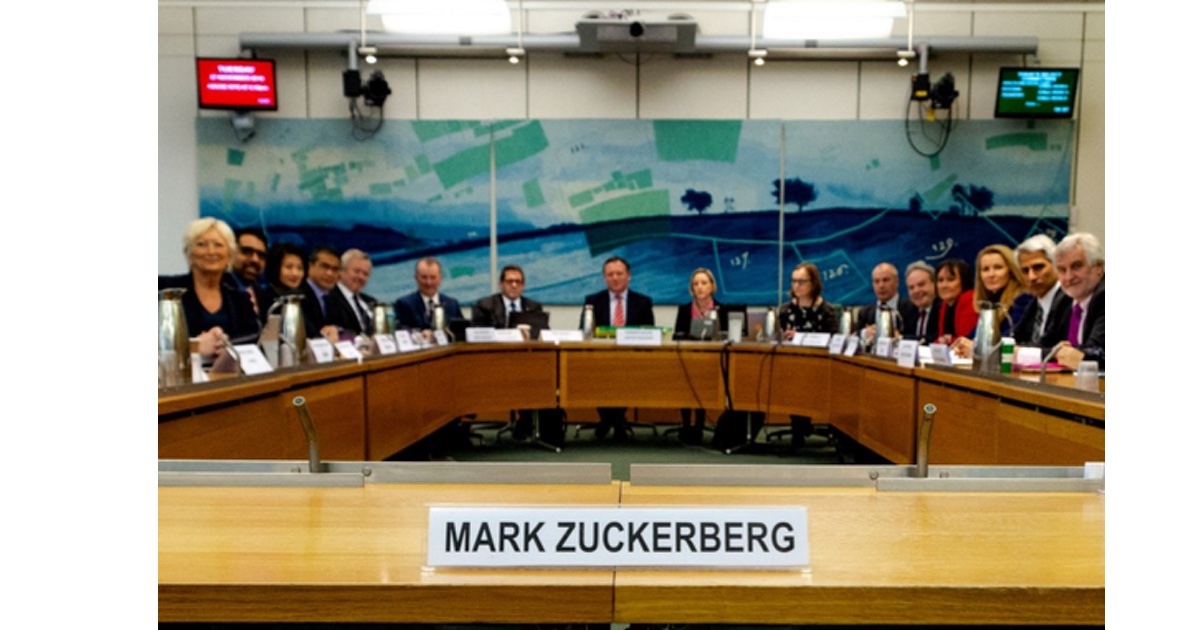 LONDON – Facebook executive Lord Richard Allan appeared in front of a committee of politicians from around the globe in the UK Parliament on Tuesday. The session was wide ranging, but included accusations that Facebook has upended democratic institutions, led by “frat bot billionaires from California.”

At various points, the executive appeared to not just be accepting regulation but actively encouraging it from the assorted politicians, telling them the firm needed their help. This echoed sentiments expressed recently by Apple CEO Tim Cook.

Canadian lawmaker Charlie Angus began proceedings. He said: “We’ve never seen anything quite like Facebook, where, while we were playing on our phones and apps, our democratic institutions […] seem to have been upended by frat-boy billionaires from California.”

The UK committee invited politicians from Canada, France, Argentina Belgium, Latvia, Brazil, Singapore and Ireland to join them for the hearing. Despite many traveling thousands of miles to attend, one man did not made it – Facebook CEO Mark Zuckerberg. He declined multiple invitations to attend.

Mr. Zuckerberg’s absence dominated proceedings. Upon entering the committee room the first thing this reporter noticed was an empty chair and a nametag set for him on the witness table.

Many of the politicians alluded to him not being there in their questions, too. Indeed, at one particularly awkward moment in the hearing, Scottish Nationalist MP Brendan O’Hara asked Lord Allan: “Who decided that you were the best-placed person in the whole of Facebook to come before this international committee?”

“I volunteered myself,” came the reply.  Some of the politicians laughed. “In this room, we represent over 400 million people,” said Mr. O’Hara. “To not have your CEO sat in that chair is an offense to all of us.”

At another point, Belgium politician Nele Lijnen told Lord Allan about the Flemish expression “sending your cat.” She explained that in her language “it means not showing up.”

“So we can say, dear colleagues, that Zuckerberg sent his cat,” she said, unimpressed.

The hearing came just days after it was revealed that the DCMS committee had seized internal Facebook documents. They were handed over by Ted Kramer, the founder of Six4Three, a software company that is suing Facebook.

Committee Chair Damian Collins said that the politicians were not yet ready to make the documents public. However, he revealed: “An engineer at Facebook notified the company in October 2014 that entities with Russian IP addresses have been using a Pinterest API to pull over 3 million data points a day through the Ordered Friends API.”

Lord Allan tried to dismiss the significance of the seized documents. He labeled Ted Kramer as a “hostile litigant.”

What’s up with WhatsApp

The spread of fake news via WhatsApp was of particular concern to politicians from Argentina and Brazil. The Facebook-owned messaging app is hugely popular in those countries. There have been reports of a large number of people receiving false or misleading information via the app in the run-up to recent elections. Lord Allan assured them that Facebook is “building WhatsApp into election task forces” in order to help combat fake news on the platform.

Overall, Tuesday’s hearing generated a lot of heat but not a lot of light. It is highly unlikely that it will be the last time that Facebook appears in front of UK politicians.