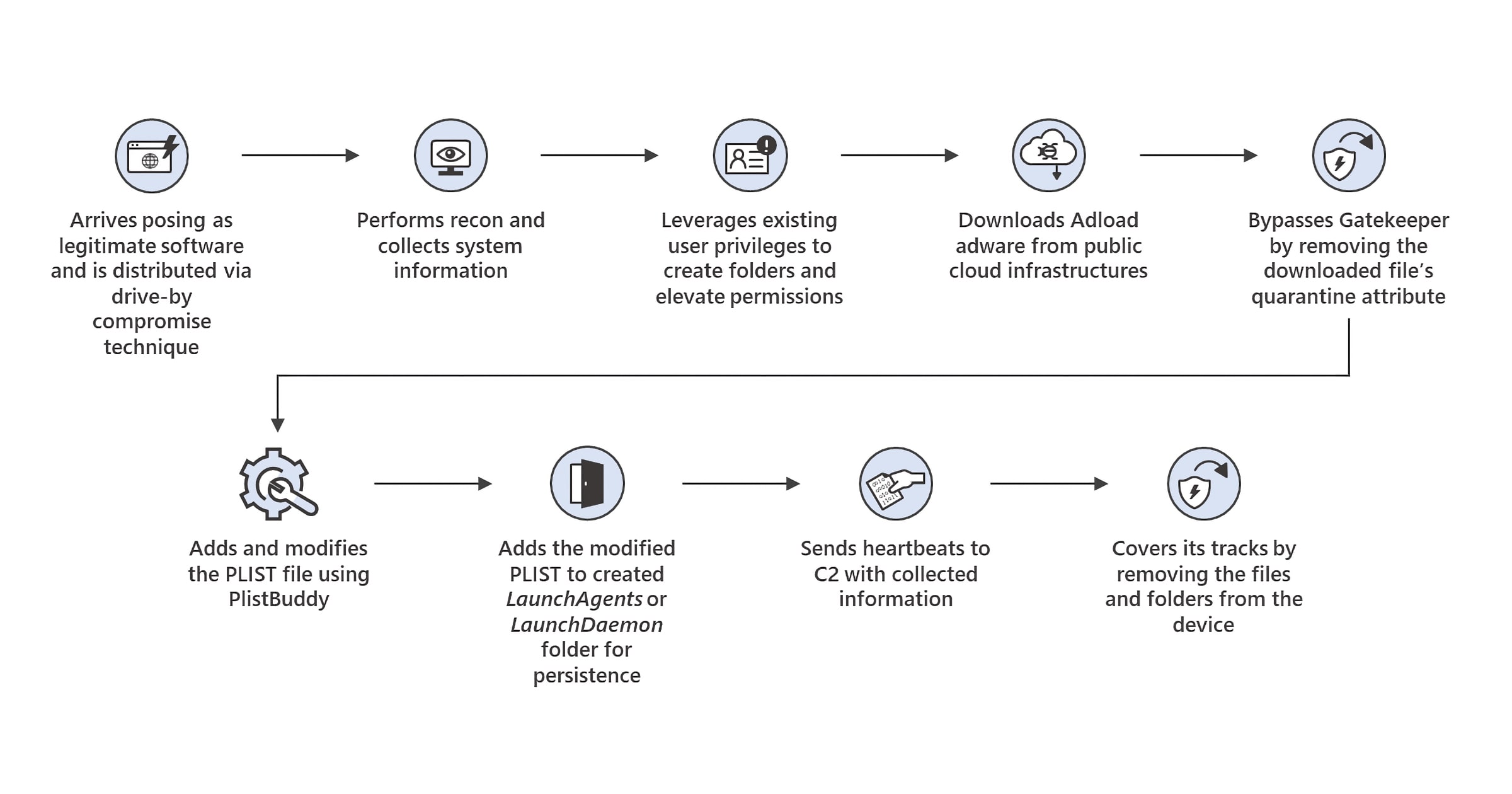 UpdateAgent is the name of a Mac trojan that Microsoft has been tracking since October, although the company says it first appeared in September 2020.

UpdateAgent started as a basic piece of malware that stole information. But it has evolved to distribute secondary payloads onto a machine, such as Adload adware. There are two variants of this trojan and Microsoft believes it’s still in the development stage. Updates are likely to arrive in the future that could add more capabilities to it.

UpdateAgent can impersonate legitimate software and can use various Mac device functionalities. It can bypass Gatekeeper which Apple created to make sure only trusted apps can run on Macs. The malware can make use of existing user permissions to perform activities in the background and delete the evidence afterward. UpdateAgent can also use public cloud services such as Amazon S3 and CloudFront to host its malicious payloads. Microsoft alerted Amazon, which removed the malicious URLs on its platform.

Because of its mimicking capabilities, people are likely to be infected via “drive-by downloads” or ad popups. Once installed, UpdateAgent starts to collect system information that is then sent to its command-and-control (C2) server.

Microsoft has shared a timeline of UpdateAgent;