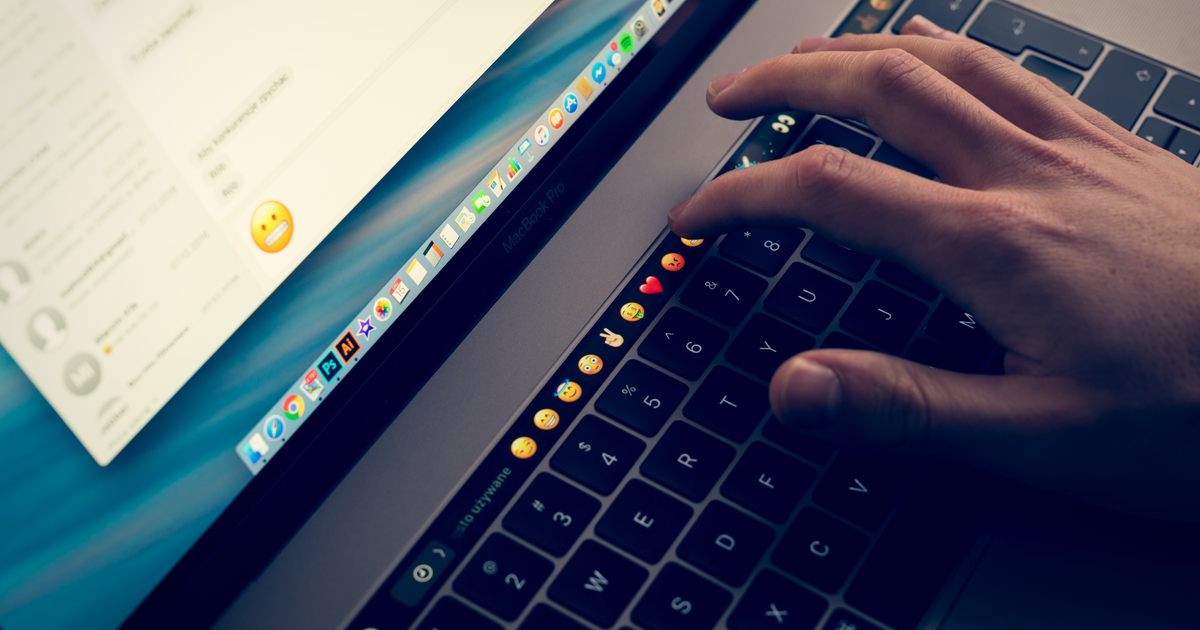 Apple has just won a patent on new virtual keyboard technology for the Mac. If it makes it to production, you’ll be able to customize more than what each key on the keyboard does. You will also be able to change how each key appears, and the physical layout on your keyboard. This runs right in parallel to earlier rumors that Cupertino would switch to an “optical keyboard” for the Mac.

The Traditional Keyboard Replaced With a Morphing Virtual Interface

Changing your keyboard layout isn’t difficult in macOS. However, those changes might not match what your physical keyboard actually displays. With this approved patent, Apple would replace the traditional keyboard area with a virtual interface. Each key would basically be a miniature display.

You could also swap the position of the virtual keyboard and trackpad, bringing the keyboard closer to the front edge and moving the trackpad to the top.
Another figure in the patent application demonstrates a dual display-based notebook using the virtual keyboard area and another available user interface as a game controller. Other possibilities include allowing pinch and zoom straight from the keyboard or triggering predictive text options by swiping on the spacebar.

Apple files for and wins patents for technology quite regularly. Sometimes, these patents never make their way into a product. However, this seems like the type of technology that Apple would perfect and incorporate into both the MacBook and the Magic Keyboard.