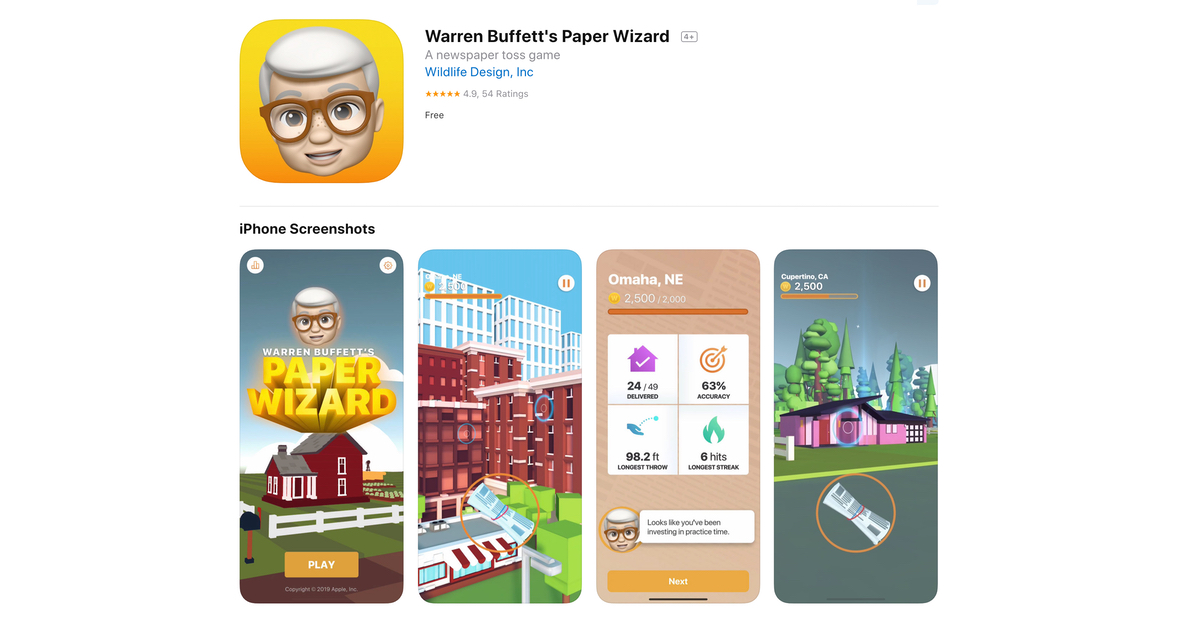 Apple released an iOS game starring Warren Buffett. It features the billionaire investor in his previous role – as a newspaper delivery boy (via MacRumors). 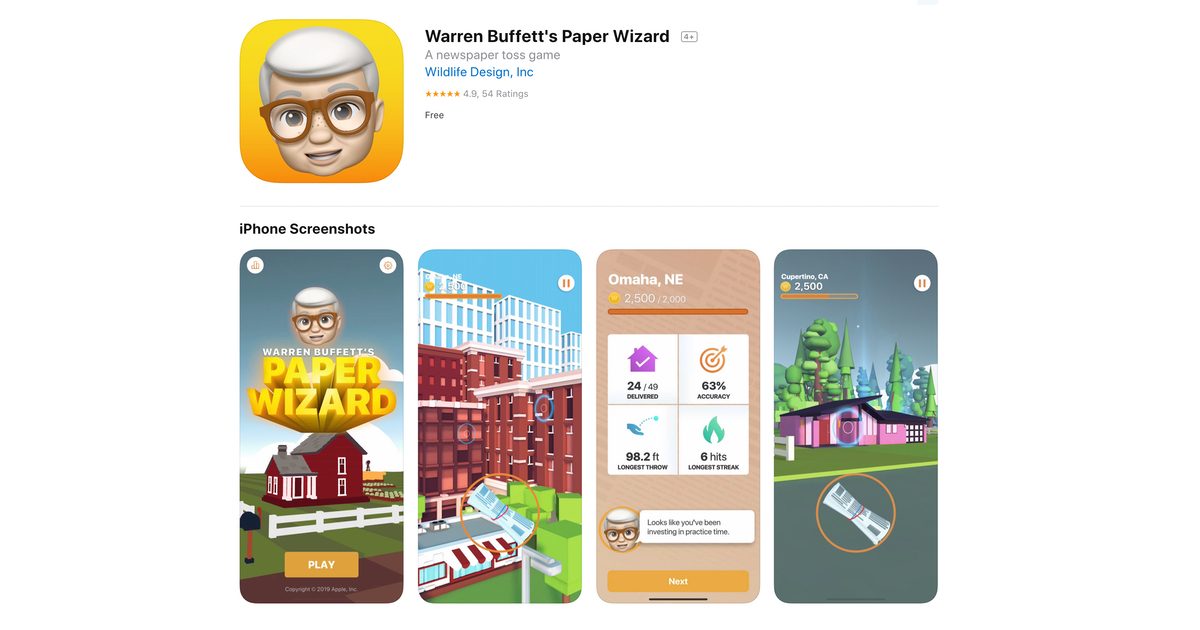 The game came as Tim Cook as visited the annual shareholder meeting of Mr. Buffett’s Berkshire Hathaway firm. The meeting featured a video in which Mr. Cook and Mr. Buffett discussed the idea for an Apple product. The game, Warren Buffett’s Paper Wizard, is now a reality. It is available for free from the iOS App Store.

The app is noteworthy as it is the first iPhone game developed by Apple itself since Texas Hold’Em in 2008. The App Store lists Wildlife Design as game’s developer. However, the terms of service clearly outlined that Apple maintains and operates the game. Those terms also stated that Apple is the copyright owner. It is perhaps no surprise that Apple is keeping an app featuring Mr. Buffett close to home. His firm owns around $50 billion worth of Apple shares.