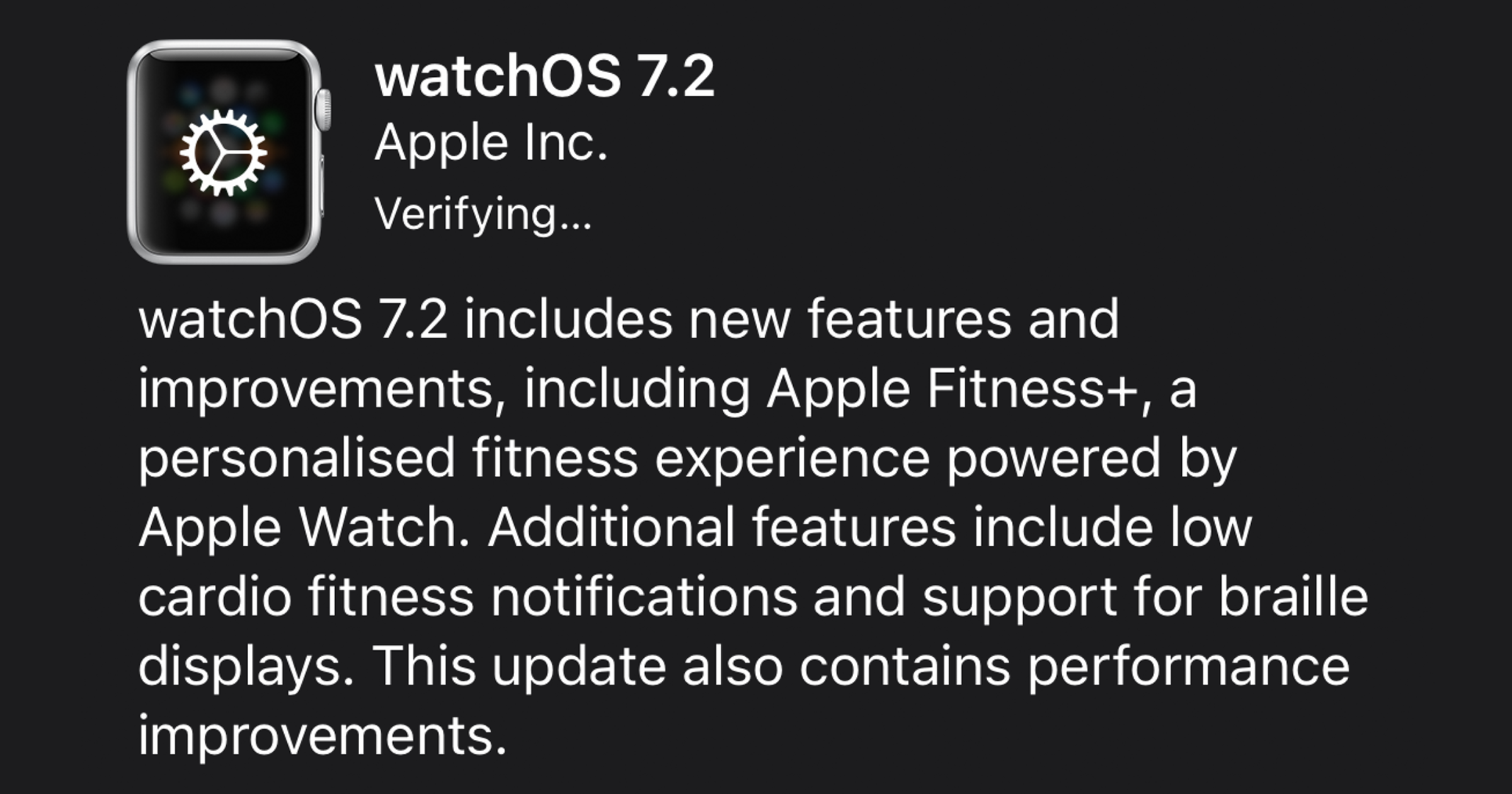 Apple released watchOS 7.2 on Monday. It was put out alongside other updates, principally to support Apple Fitness+.

As well as Fitness+, the other additions included in watchOS 7.2 are:

To install, open the Watch app on your iPhone. Tap General > Software Update and follow the download instructions.