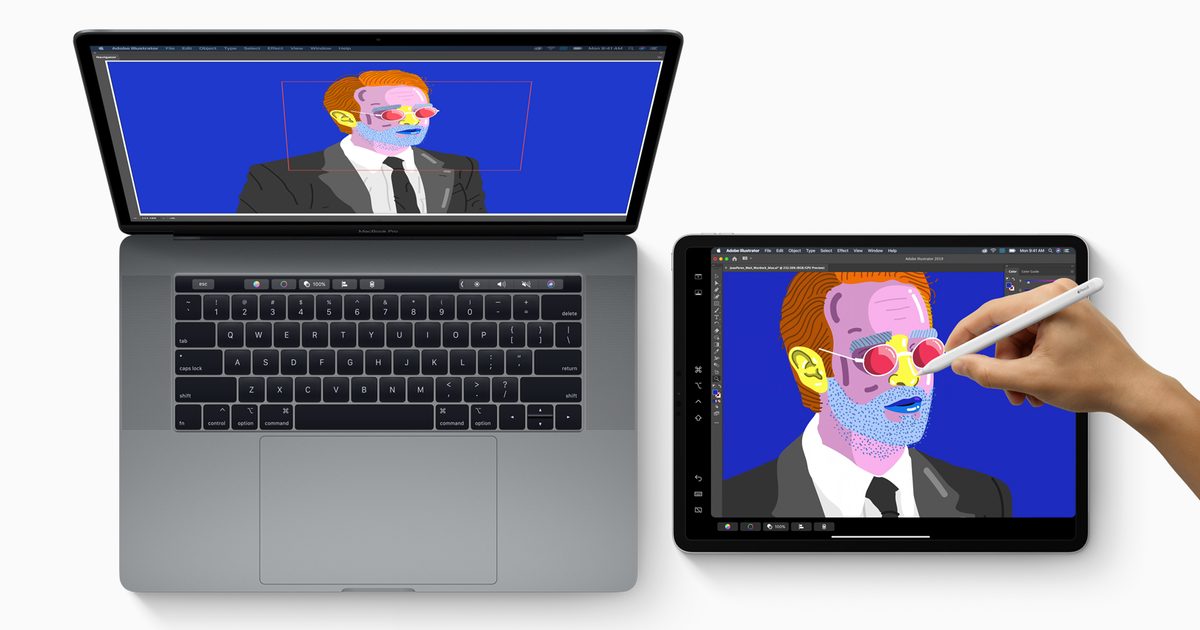 macOS Catalina, unveiled at WWDC, introduced a new wireless continuity feature. Called Sidecar, it provides the option of using an iPad as a second screen for a Mac.

As well as being a secondary display, an iPad becomes a high-precision drawing tablet in a number of Mac apps with Sidecar. The Apple Pencil and iPad can be used to draw, sketch or write in Mac apps that support stylus input. Apps set to allow items to be edited, drawn or marked up with an Apple Pencil include Final Cut Pro X, Adobe Illustrator and the iWork suite. Commenting on the forthcoming feature, Craig Federighi, Apple’s senior vice president of Software Engineering, said:

Users will appreciate how they can expand their workspace with Sidecar, enabling new ways of interacting with Mac apps using iPad and Apple Pencil.

One thought on “WWDC 2019: Riding Sidecar With macOS Catalina”