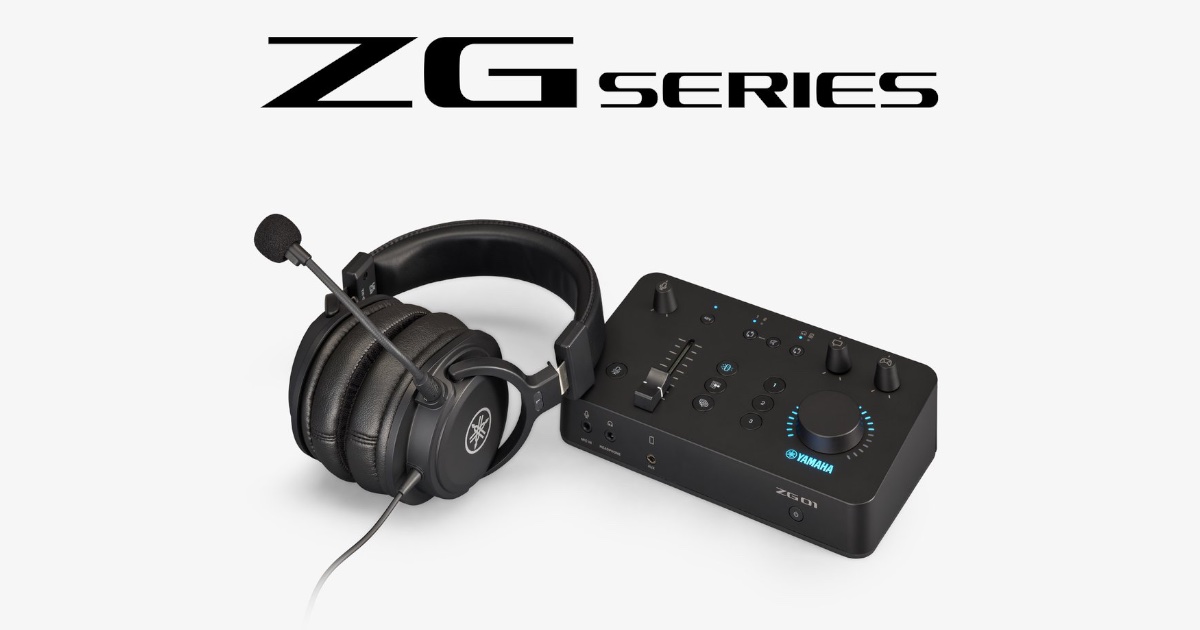 Yamaha has launched its own ZG series gaming mixer and headset. The gaming mixer is the first-ever audio mixer from the company designed exclusively for gaming. The company is also launching the YH-G01 gaming headset and an all-in-one package known as the ZG01 Pack.

In a press release from Yamaha, the company stated,

Gaming has become more social than ever through voice chat apps and gamers share their experiences more than ever on streaming platforms. In the past, managing the audio for all of this has been a bit complicated, said Alex Sadeghian, director, Consumer Audio, Yamaha Corporation of America. Now, the ZG Series gaming mixer makes it simple and even fun. It provides the optimal combination of connectivity, control and effects in a super easy-to-use layout – all in a compact form factor that fits perfectly into your gaming command center.

The ZG01 gaming mixer is simple enough for any multi-player gamer, yet provides enough power for eSports pros, as well as streamers and broadcasters. The controls are intuitive, and allow users to quickly manage sound levels and effects in real-time. Additionally, Yamaha provides advanced mic settings and voice effects. Effects include compression, limiter, reverb, pitch, radio voice and more.

In addition to mixing and voice effects, the ZG01 also provides a variety of “ZG game processing” effects. This includes:

For those that stream their play, the multi-channel game audio is converted and processed by the ZG01 to replicate a surround sound experience for those listening in on streams. The ZG01 also supports gaming headsets featuring a built-in mic, or a dedicated mic in thanks to the rear-panel XLR/TRS combo jack.

The ZG01 connects to Windows or Mac via a single USB-C cable. Audio and control is managed via a specialized Steinberg USB driver. The driver recognizes your computer as multiple “virtual devices” for the game, voice chat and streaming apps.

The ZG01 also comes with free companion gaming mixer software, which is the XG Controller software available for Windows and Mac. Downloading the software provides access to deeper settings and customization.

With a host of brand new games arriving to Apple Arcade all the time, no doubt fans of Cupertino and gaming will find a lot of use with the headset and mixer. Being able to control the audio in games can be crucial for at times, especially during intense first-person shooters where hearing your enemy can be crucial. Not to mention this can help shiny hunters in the new Pokémon: Legends Arceus. Yamaha being able to translate the audio to surround sound for those that watch streamers using the device is an excellent feature as well.

Are you looking forward to Yamaha’s new gaming mixer and headset? What are you playing right now? Let us know in the comments.