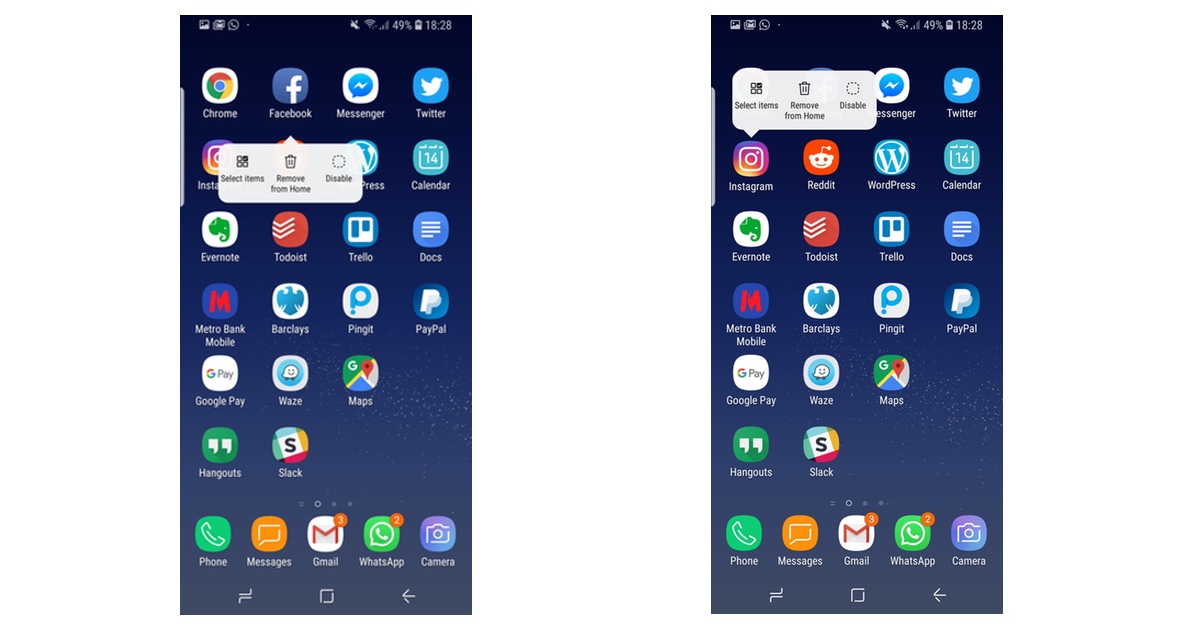 Some Samsung phone users can no longer delete Facebook from their devices. The two companies appear to have struck a deal that means the social network cannot be removed from a Galaxy S8.

Disable, but no Delete

I don’t wish to shock TMO readers, but I actually use a Galaxy S8. I looked at my phone to check if reports about Facebook being undeletable were true. They were. You can disable both Facebook and Instagram, which it owns, but not delete them. Interestingly, Messenger can be deleted.

A Facebook spokesperson told Bloomberg News that disabling the app acts like it has been deleted. I really do not think that’s the point. Not surprisingly, the report contained lots of negtive reactions from users.

Embedding Facebook Further into Our Devices, and Our Lives

There is a lot I like about the Galaxy S8 (not least the fact that in the UK, where I live, it was significantly cheaper than an iPhone). However, something like this is totally unacceptable.

We all know that phones, by all manufacturers, have some native applications. Most of the time they are fairly innocuous. Things like a calendar app or a different App Store, for instance. However, there is something about Facebook being a native app that is deeply troubling. This is a company mired in controversy about how it handles users’ data. Now Samsung is telling its users that they have to have its apps on their phone.

I think it is particularly telling that Instagram is cannot be fully removed. At the risk of being too much of a conspiracy theorist – we know younger consumers do not really use Facebook. But they do use Instagram. It suits both companies to try and keep that application, and its associated data, on the device as much as possible.

One of the biggest selling points of Android, compared to iOS, is its perceived flexibility. Samsung telling users what social networks it has to have on their devices goes against that. As for Facebook, it should spend more time trying to fix its relationship with mistrustful users than trying to embed itself further on our devices and our lives.