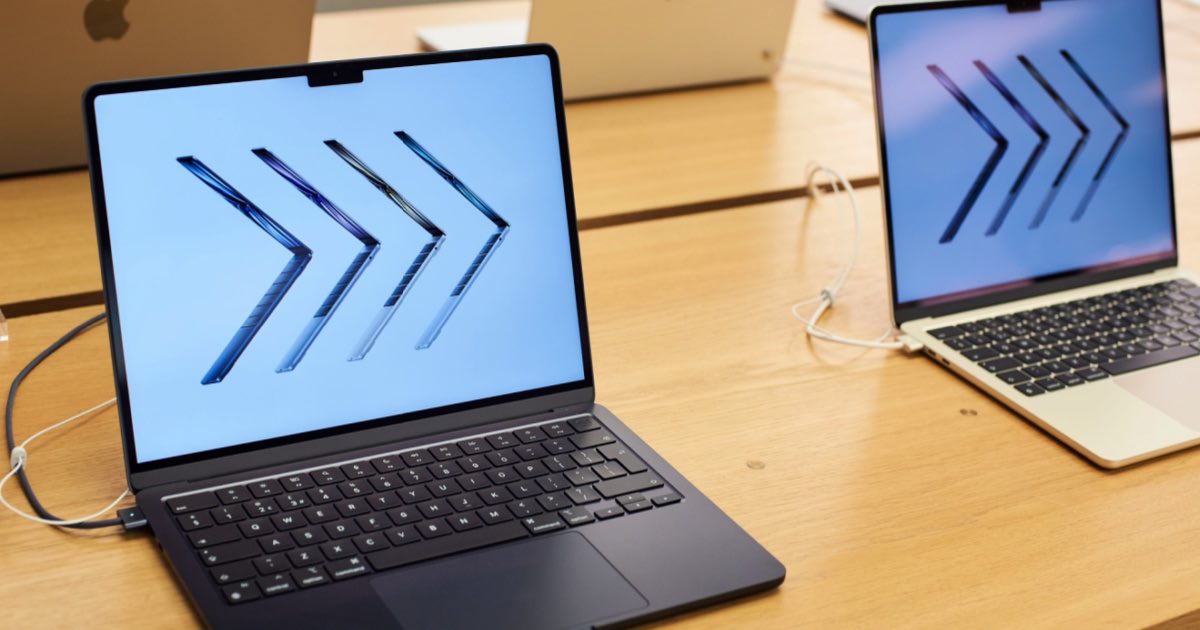 For folks that don’t mind voiding their warranty, a YouTuber has discovered a cheap mod for the M2 MacBook Air. While the new 2022 MacBook Air his store shelves last week, the device not only features a brand new design but also Apple’s latest M2 silicon chip. While the M2 is more powerful than the M1 and also maintains efficiency, the MacBook Air has no internal fan. This can potentially make the laptop hot when running extremely heavy and sustained workloads.

However, there’s a cheap mod that can increase the sustained performance of the M2 MacBook Air.

Thermal Pads Make for a Cheap Mod to MacBook Air

It is worth noting that this modification is for those that plan on using their M2 MacBook Air beyond the typical uses. This mod is more for those that plan on constantly pushing the M2 to its limits, such as rendering high-resolution video all day. This is a mod that’s more about ‘should have,’ and less about ‘could have.’

With that said, YouTuber Vadim Yuryev of Max Tech has provided a video showing how to apply a cheap mod to his 2022 M2 MacBook Air. The goal being to see if this could result in better performance. Again, Apple Silicon is designed to run smoothly without the need for an advanced cooling system. However, the device can get hot after prolonged and intense use.

For those interested, iFixit has shown that the new MacBook Air relies on thermal paste and graphite tape in order to dissipate heat from the internal components. In turn, Max Tech found a work around to improve heat dissipation in the new MacBook Air.

Within one of his latest YouTube videos, Yuryev removes the bottom cover of the device and adds a $15 thermal pad just above the logic board. This is where the M2 chip is located. Thermal pads are able to quickly transfer heat from the chip and logic board to the surface of the device. The result being that the MacBook may run even cooler. This can result in better performance.

So far results are positive. In one test, the YouTuber exported 50 images of 42 megapixels each through Adobe Lightroom. The unmodified MacBook took 2 minutes and 55 seconds to complete this task, whereas the thermal pad MacBook ran a time of 1 minute and 56 seconds.

Again, this is likely a modification the majority of MacBook Air owners will not need to do. If anything, it shows that there are ways to squeeze more juice from your M2 chip. It is also worth noting that modifying your device will likely void your 1-year warranty with Apple.

This is also likely why the M2 MacBook Pro sports an internal fan for longer performance.

Additionally, for the MacBook Air, reports are already coming in that the Midnight Blue finish has problems with scuffing. One Reddit users suggests using a “liquid screen protector”, or an oleophobic coating, to reduce fingerprints and scuffs.

How do you like your M2 MacBook Air so far? Let us know in the comments.