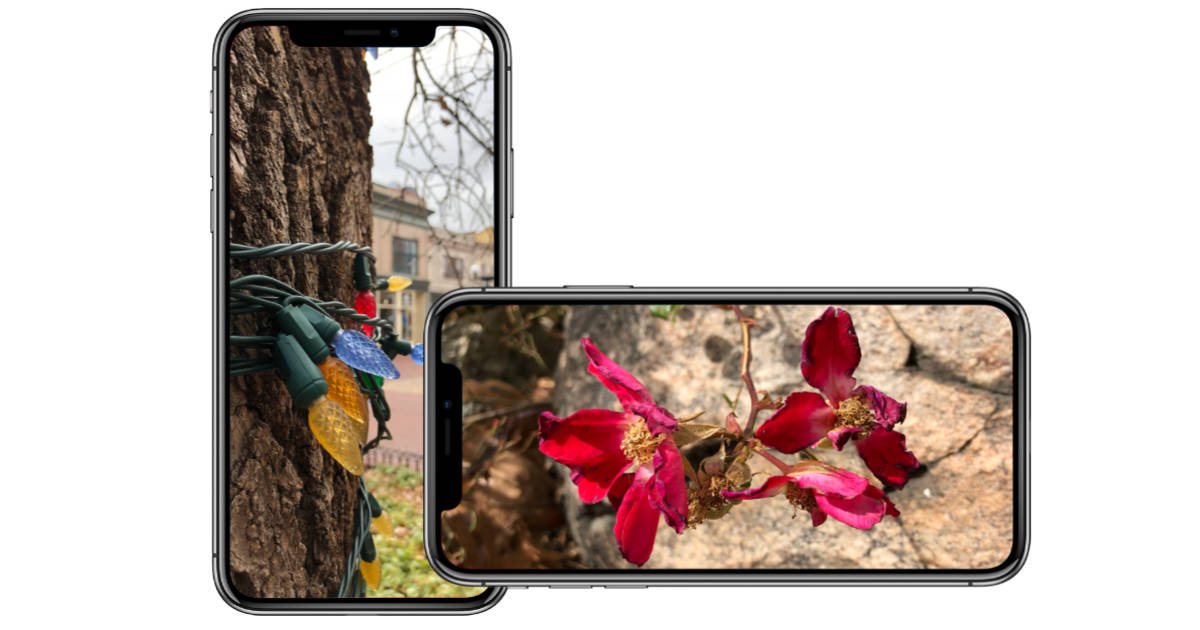 Apple’s newest flagship smartphone, the iPhone X, is loaded with new features like an OLED screen, Face ID, and wireless charging. Is it worth the US$999 price tag? Read on to find out.

The iPhone X (pronounced “ten”) measures 5.65-inches tall by 2.79-inches across and 0.3-inches thick. That makes it slightly larger than the iPhone 7 and iPhone 8. The iPhone X weighs more than either at 6.14 ounces, but less than the iPhone 8 Plus.

Apple packs its biggest iPhone screen so far into the X at 5.8-inches diagonally, compared to the iPhone 7 Plus and iPhone 8 Plus at 5.5-inches. That’s possible because Apple removed the Home button and spread the screen out to the phone’s edges.

You don’t get as many choices with the iPhone X. Instead of several color options the iPhone X comes in Space Gray or Silver and both versions have a black front bezel. You also get to choose from two storage capacities: 64 GB for $999, or 256 GB for $1,149.

The iPhone X is Apple’s first iPhone model with an OLED screen instead of LCD. At 5.8-inches diagonally it’s bigger than the iPhone 8 Plus display, but Apple packed that into a body that’s only slightly larger than the iPhone 8. That’s because Apple did away with the Home button, and pushed the screen’s dimensions out to the edges of the phone’s body. The end result is a phone that’s almost all display.

You can’t tell the difference between the displays simply by looking for jaggy edges on letters. Instead, it’s all about color and the overall impression the display makes. The colors are richer and deeper but don’t feel over saturated, and everything looks so sharp it almost feels like the display is simulated. In fact, the iPhone X display is so good it feels like someone printed out a high resolution graphic and pasted it on top of the glass.

I’m not into watching movies on my iPhone, but the tests I watched to better appreciate the OLED screen made me feel like my Sony Bravia LCD television is basically crap. That’s saying a lot because this is the best television I’ve ever owned and I really love its image. If you’re looking for the best possible display in an iPhone, just but the X and be done with it.

Screen brightness indoors and outdoors is excellent and held up well under Colorado’s bright sunny skies with Apple’s default settings. I didn’t feel like my eyes were burning out of my head when I was reading in the dark, either.

The biggest concern I had with the display before getting the iPhone X in my hands—which is a big concern for a lot of other people, too—was the notch. That’s the black strip at the top of the display where the front facing cameras and sensors live. There’s a little screen nubbin on either side of the notch, lovingly called the horns, where you see things like cell signal strength, WiFi, battery remaining, and the time.

Here’s the deal: Notch complaints are much ado about nothing. You’re aware of the notch the first time you look at your iPhone X because everyone told us it’s supposed to be a problem. After a few minutes of using the phone the notch fades from your vision and that’s the end of worrying about it. That held true even for me and I spent days intentionally playing around with apps and wallpapers to see how the notch stands out. Turns out it doesn’t, even when you embrace it—which can be gloriously awesome.

Some people are experiencing a problem where the screen becomes unresponsive to touch when the temperature drops quickly. The problem, they say, happens when stepping outside into the cold from a warm room. A thread on Reddit has been following the issue with people saying they experience the issue when moving from indoors where it’s 70 F to 50 F weather outdoors.

I wasn’t able to replicate the problem going from 70 F indoors to 27 F and snow outdoors. That doesn’t mean this isn’t a real issue for those that experience it; just that it isn’t happening to everyone. Apple says they’re addressing the issue in a future software update.

Next Up: iPone X Cameras, Sound, and Gestures

9 thoughts on “iPhone X Review: Here’s What Apple Gets Right, And Wrong”