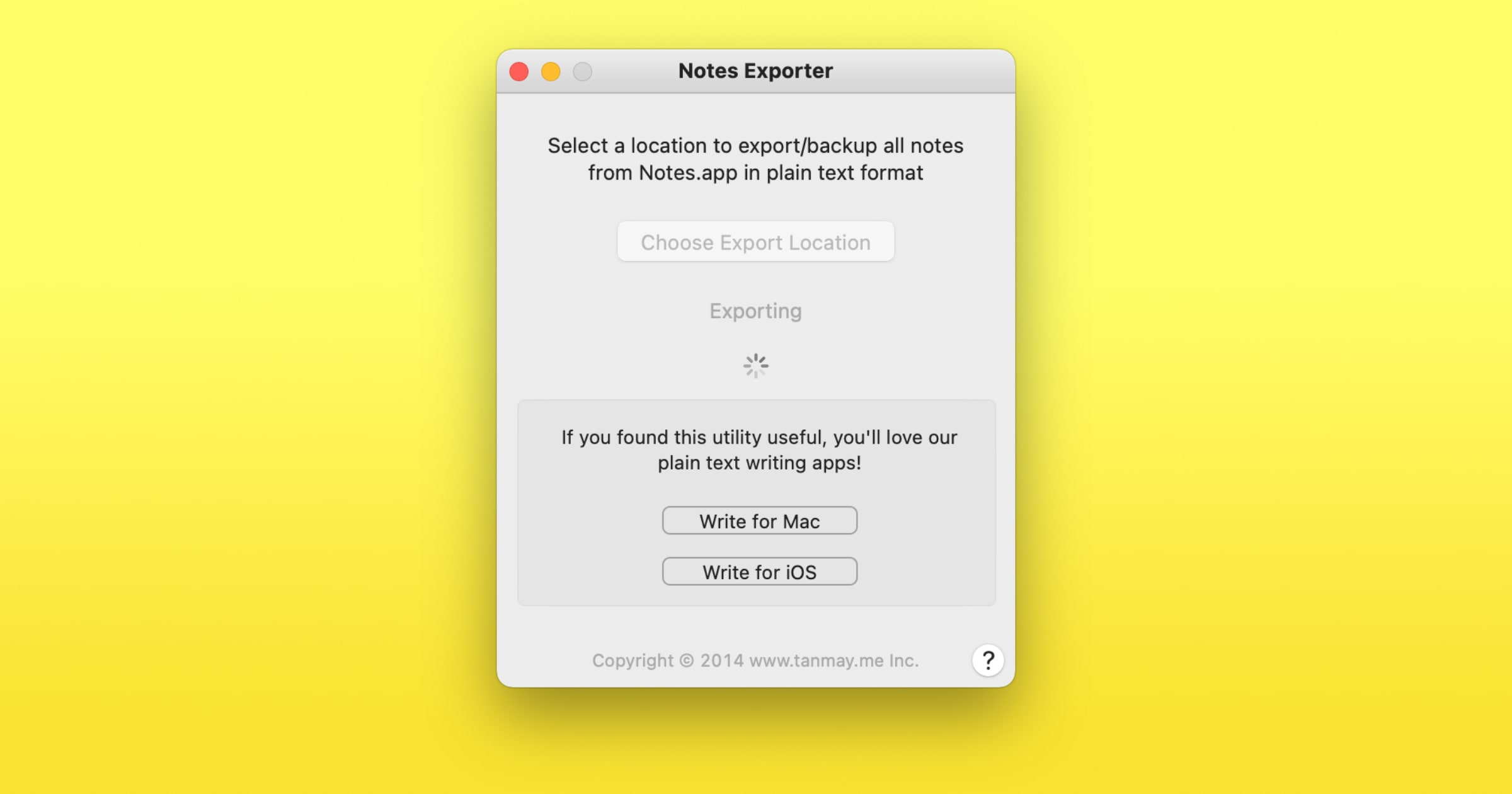 The developers behind the Write app have an exporter for Apple Notes, and it’s free to use. There are only a couple of steps to get started.

I noticed that in a lot of the files, there is some weird HTML formatting in the text. This is normal though, because images or other attachments don’t get exported. But if your notes are already plain, without Apple Notes formatting (like bold, list, etc.) they will look normal as a plain text file.

2 thoughts on “macOS: How to Export Apple Notes as Plain Text Files”