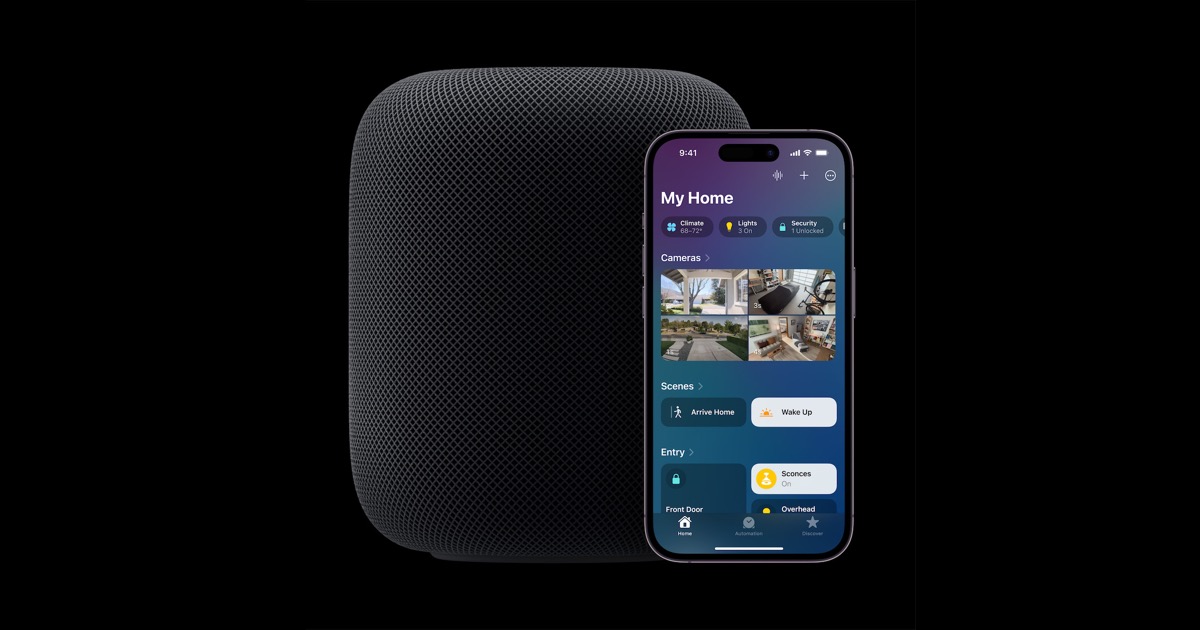 With iOS 16.3 and the accompanying HomePod Software 16.3, new features have opened up in the HomePod mini and newly announced full-size HomePod. That’s right, the temperature and humidity sensors that have been dormant for so long are enabled now. Here’s how you can use your HomePod’s temperature and humidity sensors for automation and information.

Using Automations With Your HomePod’s Temperature and Humidity Sensors

One of the most useful things you can do with the temperature and humidity sensors in the HomePod mini and second-generation HomePod is to set up automations. You can, for example, set an automation to activate a smart thermostat whenever the temperature goes above or below a certain threshold.

If you want to set up this kind of automation, just follow these steps.

You’ll also be able to check what the temperature and humidity is inside the room where you have your HomePod. You can do this from your iPhone, iPad, Apple Watch or Mac in the Home app.

For this to work, of course, you need to be running the right version of your device’s operating system.

From any of these devices, you can just open the Home app and see climate readings at the top. Tap on one of them and, if you have multiple compatible HomePod devices in different rooms, you’ll see each one’s reading.

You can also get this information by going to Home > HomePod > Settings (the gear icon) > Accessories.

Asking Siri for the Details

Of course, you can also ask Siri for the information. Whether you ask Siri on your HomePod, Apple Watch, Mac, iPhone or iPad doesn’t matter. Here’s how that works.

Note that you can ask for humidity instead of temperature.

After you update to the right version of the HomePod Software, it takes some time for your smart speaker to calibrate its sensors. Siri may tell you to try again in a few minutes, but I had to wait almost two hours before it began working.

You should also note that the sensors’ accuracy could be decreased if you’ve had audio playing for an extended time at a high volume. After all, playing loud music generates heat that can throw off these ambient sensors.