Announce Messages with Siri is a feature with certain Apple headphones where Siri reads your incoming messages and lets you quickly reply with voice. Here’s how to set it up. 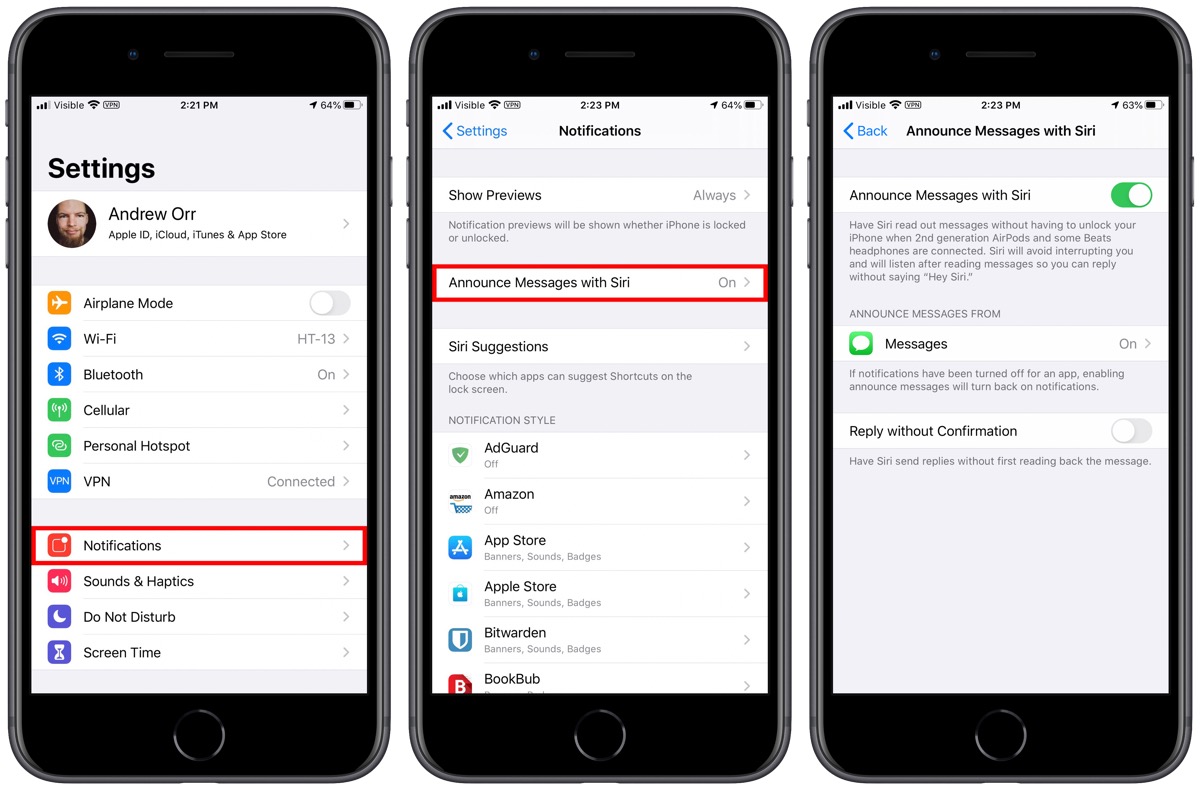 There’s another setting called Reply Without Confirmation. If you turn that on, it means that when you speak your reply Siri won’t confirm with you to send it, she’ll just immediately do it.

Siri will read your messages when your device is locked. You’ll hear a tone, then she will announce the sender’s name and read the message. But if it’s a long message you’ll only hear the name. After Siri reads the message she will wait for your reply. You can say a command like, “Tell him I’ll be there soon” or “Reply that I’m busy right now.”

[Kids Are Swapping AirPods so They Can ‘Talk’ in Class]

[Give Your AirPods Pro Nilfgaardian Armor With Native Union]