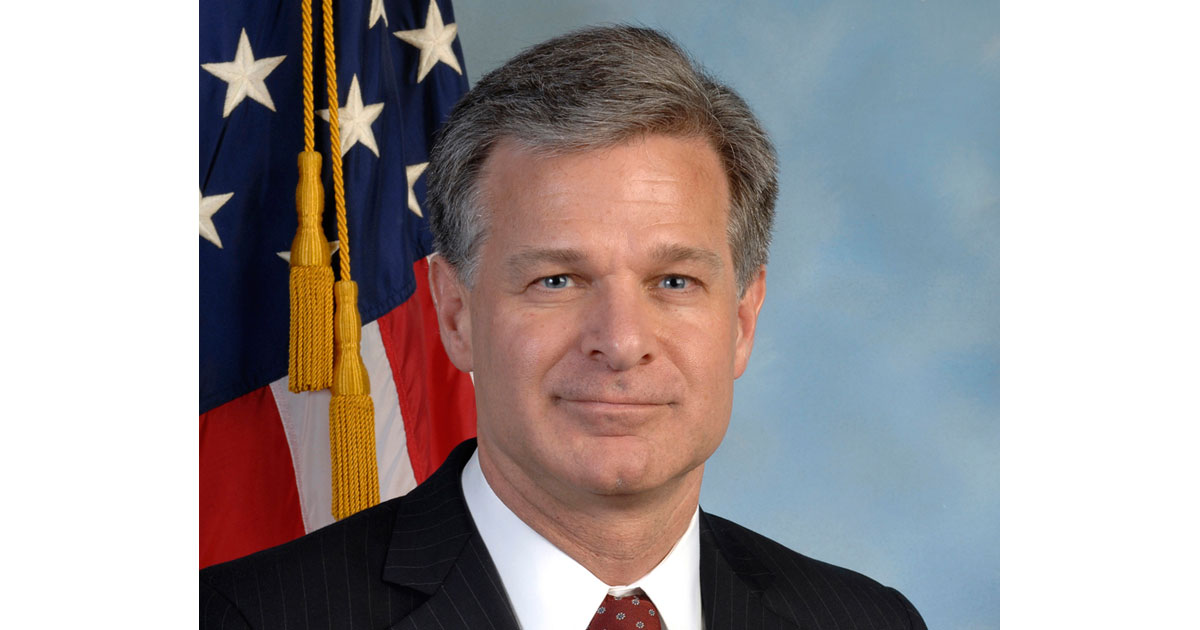 New FBI Director Christopher Wray has renewed calls to weaken or bypass encryption. Citing more than 7,700 locked devices the FBI can’t get into, Mr. Wray said he doesn’t believe experts who claim you can’t weaken encryption without putting everyone at risk.

Those experts include mathematicians, encryption experts, and even the U.S.’s own intelligence services. The first two groups have shown (for decades) that backdoors for one are available to exploit by all. Mr. Wray’s comments pick up where his predecessor—James Comey—left off on the subject.

The latter group is exemplified by General Michael Hayden, former Director of both the NSA and the CIA, as well as the former Director of National Intelligence. He has spoken publicly on the subject, going so far as to say the FBI was wrong about encryption. According to him, U.S. intelligence services recognized long ago that though encryption made surveillance and law enforcement more difficult, on balance the U.S. was stronger with encryption than without.

“We face an enormous and increasing number of cases that rely heavily, if not exclusively, on electronic evidence,” Mr. Wray told an audience of FBI agents, international law enforcement representatives and private sector cyber professionals, according to Reuters.

General Hayden’s advice to the FBI is to stop focusing on content and instead look at metadata, which can be accessed without bypassing encryption.

Christopher Wray conceded that the solution he wants—backdoor access—will require “significant innovation,” but then added the kicker by saying, “I just do not buy the claim that it is impossible.”

That assertion perhaps shouldn’t be a surprise considering the unending war on fact and science from the current administration, but it is alarming. On the other hand, Mr. Wray does, at least, acknowledge the “claim.”

Mr. Wray said he doesn’t believe experts who claim you can’t weaken encryption without putting everyone at risk…Christopher Wray conceded that the solution he wants—backdoor access—will require “significant innovation,” but then added the kicker by saying, “I just do not buy the claim that it is impossible.” Exactly! I’m with Christopher Wray on this one. I’m sick and tired, tired I tell you! of these pointy headed elites and experts in their ivory towers telling people what’s what. Ever notice that they’re always telling us what we can’t do? If they’re so smart, then why do they have to keep… Read more »

That is either very stupid or dangerously dishonest. I am not a programmer, but it should be clear to anybody who knows how things work and has an idea of history, that there is simply no way to create any opening in encryption which is not liable to be hacked sooner or later. The danger which this would put to hundreds of millions of smartphone users is palpable, and to push for such a thing is either evil or crazy.

It just looks like the FBI wants to keep Bryan busy. The director really doesn’t reject science; he is only trying to help everyone’s job security.

In related news, several flat earthers were in full agreement in not buying the encryption experts’ mathematical proofs and were seen moving dangerously close to the earth’s edge in violent protest.

It is amazing how many times you have had to write this article Bryan. The same self-serving and to me lazy approach to law enforcement. They never had this before and managed to do their jobs.