A new report claims Apple’s next iPhone will replace the glass LED display with curved Plastic OLED. On the surface that sounds like a bad idea because plastic, after all, scratches much easier than glass—but in this case, “Plastic OLED” doesn’t mean “plastic display.” 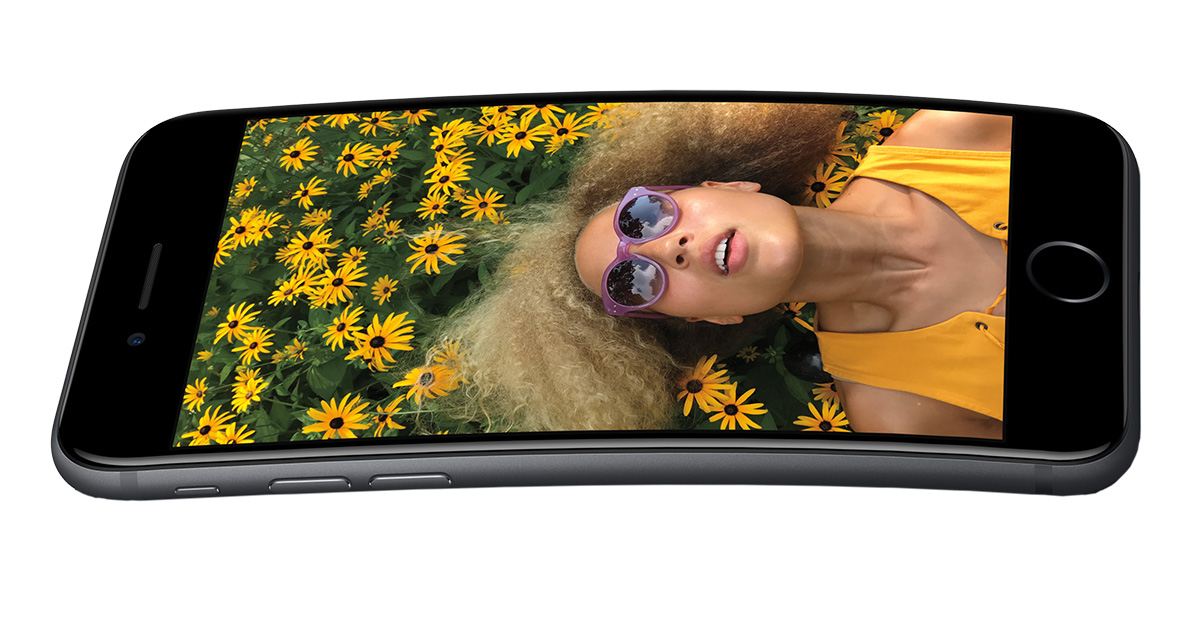 The OLED version of the new iPhone will all be curved as Apple ordered all Plastic OLED— not glass—from Samsung Display. Samsung is capable of supplying a little less than 100 million units of curved OLED displays to Apple.

Samsung’s production capacity accounts for about half the total displays Apple needs each year, which hints at the OLED iPhone model being a subset of the company’s smartphone production for the year. If so, it’ll likely be a higher priced model and not a discount version like “plastic” implies. Alternately, Apple may have found a second supplier that can deliver the other 100 million display it will need.

The sources go on to say Apple is considering a design that lets the iPhone respond to touch anywhere, and not just on the display.

The Case for Plastic OLED

The plastic part in a Plastic OLED display refers to the substrate, meaning the base layer the display is built on. That gives the display technology two distinct advantages over the glass substrate LCD panels Apple currently uses: they’re substantially thinner and flexible.

LCD panels are like a technology sandwich. The bottom layer—or substrate—makes the foundation for the elements that make up the pixels you see, and another glass layer tops that off. LCD panels are much thicker than their Plastic OLED counterparts, and they aren’t flexible.

Plastic OLED starts with a thinner plastic substrate supporting the pixel elements. Losing the glass sandwich layers makes the display about a quarter the thickness of a typical smartphone LCD. Capping off a Plastic OLED panel with a thin glass layer protects it from scratching and improves durability.

For Apple, it’s the best of both worlds: thin, plus scratch resistant and durable.

Since Plastic OLED is flexible, it’s possible Apple could make next year’s iPhone display curved. If so, don’t expect to see an iPhone that looks like it ate too much over the holidays. Instead, the curve will be subtle, but more pronounced at the screen edges.

Even if Apple decides to go with a flat display design like it has used in every iPhone model to date, Plastic OLED still seems like a logical change. Apple is always looking for ways to make our iPhones thinner, and even if the next iPhone refresh is the same size it opens up more space inside for a larger battery.

If Apple sticks with its current release cycle we should see these new models some time in September 2017.

OLED takes up to 10x the power of LCD to produce white background screens. OLED screens age and have aging and burn-in issues. OLEDS are only marginally thinner. iPhone 7 screen is currently the best out there in terms of a display. LCD is cheaper. Not sure why they would change.

How thin does this phone need to be?

Thin enough to satisfy Jonny Ive, which means that it will eventually be too thin for practical use.

How thin does this phone need to be?

What on earth would a curved display be good for? After all, curved TV-screens were just a fad.