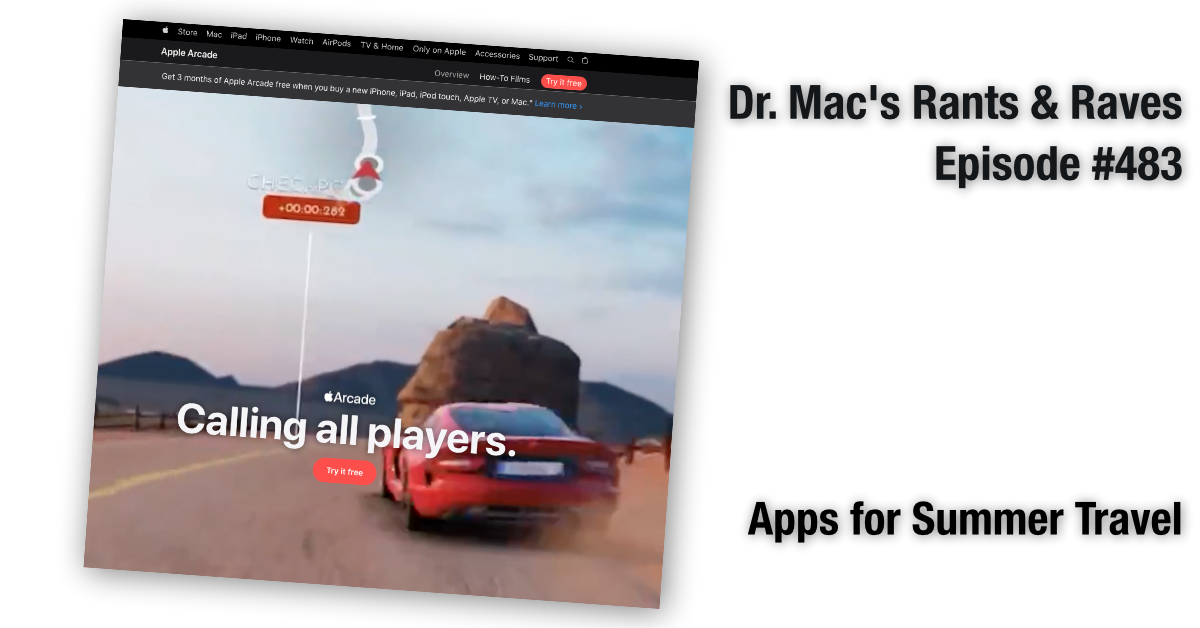 We’re going to Los Angeles next week, and, as usual, I spent some time preparing my iPad and iPhone for the trip by stocking them with new things to read and play. I have a short attention span, so I need enough stuff to distract me whenever I’m on a plane, train, or ship.

My go-to app for travel is still Libby by OverDrive, a free app that lets me check out books and audiobooks from the public library. There is always plenty to read or listen to, with tens of thousands of titles from which to choose. For this trip, I checked out recent novels by some of my favorite series authors, including Lee Child (Jack Reacher), Jeffery Deaver (Lincoln Rhyme and Amelia Sachs), and Stuart Woods (Stone Barrington). I also grabbed a James Patterson audiobook as a backup if I finish the ebooks.

For years Libby was all I needed to entertain myself in the sky, on the rails, or at sea. It only requires internet access when you want to check out or return a book or audiobook, so it’s ideal for travel with its often spotty (or non-existent) internet access.

But man cannot live on words alone, or at least I can’t. So, in addition to stocking up on books and audiobooks in Libby, I also stock my iDevices with games that don’t require internet access. And these days, I can’t think of a better source than Apple Arcade, which costs $4.99 per month for unlimited access to over 200 high-quality games.

I probably wouldn’t have subscribed to Arcade, but it is part of my Apple One Premier subscription, and I’m happy to have it now. I’m a “casual” gamer with no strong genre preference. So, I have enjoyed checking out a variety of games for free. And I love that Arcade games have no ads or in-app purchases, so unlike many “freemium” games in the App Store, Arcade games never pester you to watch or buy anything.

I’ve played dozens of Arcade’s offerings and have enjoyed most of them. Standouts include Backgammon+, which I found surprisingly challenging; Gear.Club Stradale, a car racing game that’s easy to learn and challenging to master; and Bloons TD 6+, a fast-paced tower defense strategy game.

I liked playing Gear.Club Stradale, so I checked out some of Apple Arcade’s other racing games and discovered three more I enjoy almost as much: Asphalt 8: Airborne +, Sonic Racing, and Warp Drive Teleport Racing.

If you buy a new iDevice, Mac, or Apple TV, you’ll receive three free months of Apple Arcade. Or get a one-month free trial at www.apple.com/apple-arcade.

I’m sure Libby and Apple Arcade will be all I’ll need to keep me amused from here to LA and back.

One thought on “Apps for Summer Travel”