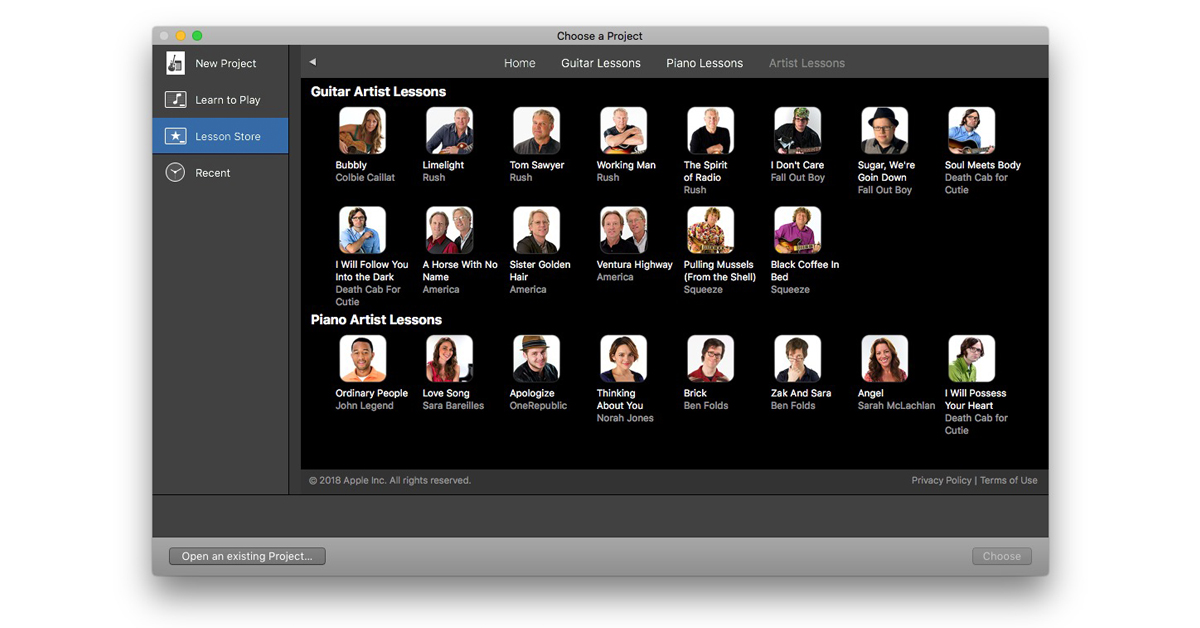 If you haven’t tried GarageBand, the free audio production software included with every Mac, there’s never been a better time. Last week Apple updated the app to version 10.3 and added more than half a dozen new and useful features.

Before I talk about the new features, let me offer some background: After working in advertising for a few years I decided I wanted to be a record producer instead. I completed a two-year music production course taught by Grammy award winning record producer Bill Lazerus at Evergreen Studios in Burbank, CA.

When I went out to start producing music I was shocked to discover that I couldn’t afford to produce music. Renting a decent recording studio with an engineer cost at least $30 or $40 an hour (and usually more), and this was way back when that was a real lot of money. I considered building my own, but even a modestly equipped studio back then would have cost at least $100,000. While I desperately wanted to make music and knew precisely how to do it, I couldn’t afford it. So, I pivoted and became a writer instead.

Fast-forward to Macworld Expo in January 2004, where Steve Jobs introduced GarageBand. I was in my publisher’s booth minutes later, arguing loudly that nobody was more qualified to write GarageBand For Dummies than yours truly.

Here’s the good news: A couple of weeks ago, Apple released the most extensive update to GarageBand in recent memory. New features in GarageBand 10.3 include:

Much as I love those new Mellotron sounds, which are perfect for recreating songs by the Moody Blues and Beatles (to name a few), my favorite new feature has to be free Artist Lessons. They cost $4.99 each before; now they’re free. Each of the 22 lessons offers a popular recording artist showing you how to play their song on piano or guitar. The lessons are well produced and easy to follow, even for fat-fingered guitarists like me.

My only complaint: Two of my favorite lesson artists—Sting and John Fogerty—are no longer available (at any price).

If you haven’t played around with GarageBand lately, what are you waiting for? If you’re not sure where to start, I recommend choosing Help–>GarageBand at a Glance, where you can explore GarageBand’s tools along with descriptions and tips for using them.

Then, try a guitar or piano lesson. 🙂

Garage band is a great DAW for recording and editing audio because it has many features that other more sophisticated DAWs have, albeit in a more simplistic and stream-lined format. The user interface is incredibly friendly and it also has things like Apple Loops and drummer automation.

Does the new version allow changing tempo of individual tracks? This wasn’t possible in previous versions

What’s the best training for GarageBand

I’m not familiar with any current training for GarageBand, and GarageBand For Dummies is out of date and out of print. I’d say just dive in and start trying things on your own. Try recording your voice, or creating a pleasing drum track to play along with. The help system isn’t bad, either. Good luck.

Garageband is dead to me until they release boogie-woogie, ragtime and swing loops 😉

Seriously, it seems they have loops for everything else except these three genres, which also happen to be my favorites.

Hi, palmac. What other alternative to garageband do you suggest?