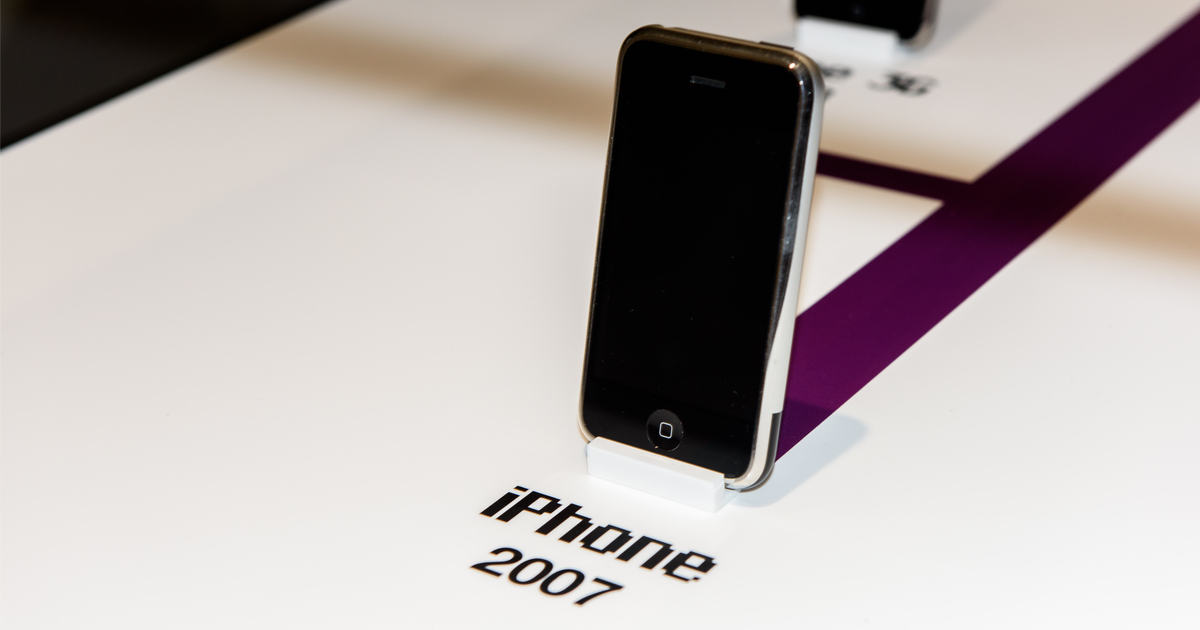 On this day 15 years ago, Apple and the late Steve Jobs revolutionized the smartphone industry. It was on June 29, 2007, when the first iPhone went on sale. Since then, the smartphone has evolved tremendously into a device many of us can barely stand to be without.

Reflecting On the Reinvention of the Phone

When Jobs first announced the iPhone on Jan. 9, 2007, he claimed the Cupertino-based company was “going to reinvent the phone.” He described the iPhone as “an iPod, a phone, an internet mobile communicator.” He wasn’t wrong, nor was he boasting when he said “these are not three separate things.”

Since it first debuted, the iPhone has gained many new features and become much more powerful. This is in large part thanks not only to Jobs’ influence but also to the fact that the first iPhone sold more than a million units in only 74 days.

Now, the iPhone is much more feature-packed and powerful. Not just an iPod, phone, and internet communicator, the device has taken on many more roles. It’s a handheld gaming system, a media consumption device for video as well as music, and more.

In an interview with The Wall Street Journal’s Joanna Stern, Apple’s marketing chief Greg Joswiak joins iPhone co-creator Tony Fadell to discuss the progress of the smartphone. In the interview, part of a larger documentary about the evolution of the iPhone, Joswiak spoke on how Samsung and other Android smartphone manufacturers affected the iPhone.

They were annoying. And they were annoying because, as you know, they ripped off our technology. They took the innovations that we had created and created a poor copy of it, and just put a bigger screen around it. So, yeah, we were none too pleased.

Long Live the iPhone, More Than 15 Years After It First Went On Sale

Today, we use our iPhones for almost every part of our lives. We can control the lights and security cameras of our homes with the device. Our iPhones keep us in touch with friends and family, through voice conversations as well as video chats and text messaging.

The iPhone is instrumental in traveling, shopping, even doing things like measuring a room, thanks to the advances Apple has made. It’s difficult to imagine how far the handset has come since 2007, when the iPhone didn’t even have an App Store. It’s just as exciting to think about where the iPhone might take us in the future.