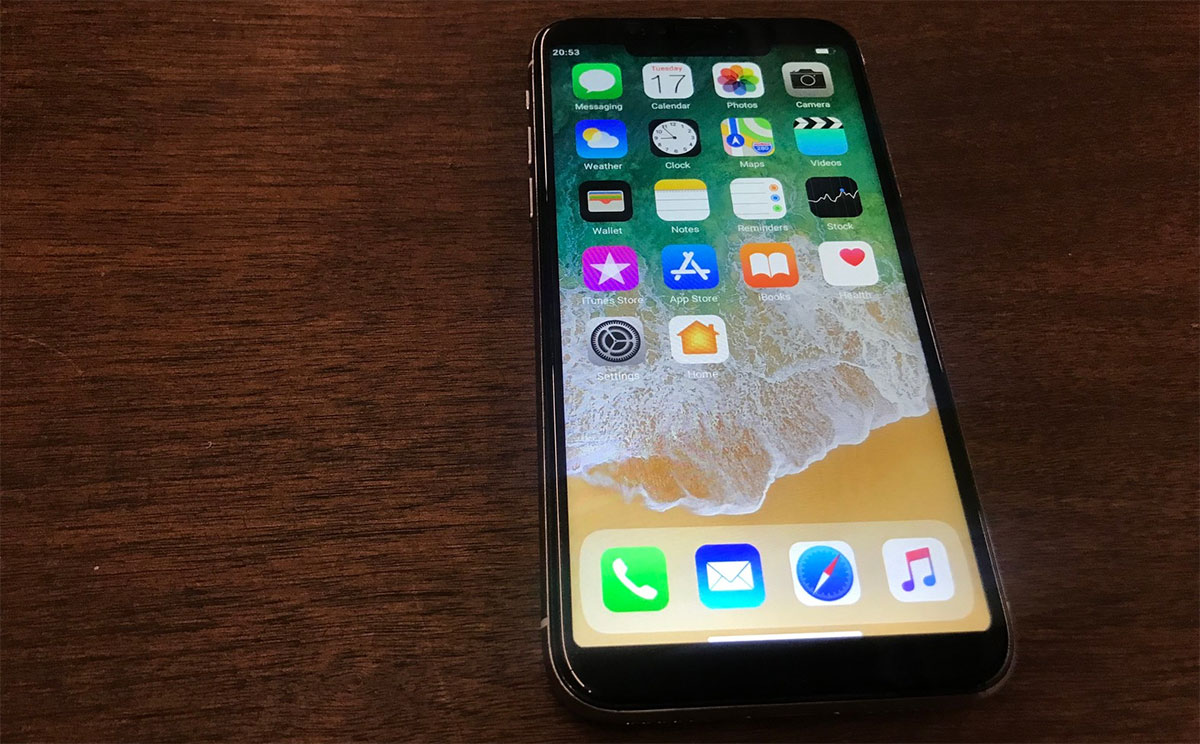 Check out this US$100 fake iPhone X Motherboard (via VentureBeat) found in China. It’s really cool, starting with the fact that the Notch isn’t a real notch covering sensors; instead it’s just faked through software. Wait, it gets better, because it’s also riddled with malware and backdoors! Oh, and it (obviously) runs Android.

So I’m not serious, of course, but this device is interesting. For one thing, it looks just like an iPhone X, from the lack of a Home button to the faked notch to the (crappy, blurry) lens array on the back. The packaging looks legit, too, if blurry and less saturated than the real thing.

It even has a functioning Lightning port (which may be a first for an Android device) and Android skin that very closely mimics iOS’s. According to the article:

Many of the apps look identical to their iOS versions. The calculator and stocks apps are seemingly identical to those in iOS. The camera menus and interface look the exact same as the one in iOS. The settings menu looks close-to-identical and has many of the same settings you’d find on an iPhone. The Mail app is the best approximation; I don’t use the default Mail app on my own iPhone, but the setup process and functionality seem from an end-user point-of-view as basically the same as the real thing.

There’s a Settings app with iOS-like Settings, a skinned “App Store” interface for Google Play; a fake Siri interface that tried to hook into an Android voice-control app; fake “Face ID” that conveniently allows anyone with a face to unlock your device; and more.

Then there’s the malware. Motherboard had a security firm check the device out. That firm found all manner of backdoors, remote access hooks, permission nightmares, and libraries that have been banned from Google Play for being security nightmares.

Those researchers were hard pressed to figure out if all this lack of security was a product of “mediocrity or malice,” which is funny in and of itself. It is, however, a product of China’s pervasive lack of respect for intellectual property, something that has hit Apple for years.

I’ve little doubt these counterfeiters can make a tidy little sum foisting off this $100 box of crap to folks who believe that looking like you have the real deal is the same as actually having the real deal.

Motherboard‘s piece is very interesting, with lots of pics and more info. The only thing I would quibble with is the authors’ conclusion: “Maybe this phone isn’t Apple’s iPhone X, but it is an iPhone X.”

Bryan: What is wrong with you, bro?!! What’s the problem here? Of course this is(n’t) an iPhone; no, it’s waaaaay better! Just think about it. First, it’s made in China, just like the iPhone. So, we’re starting on a high note, only going up from there. Second, it’s got a lightening port! A lightening port! How many Androids can claim that, huh? Totally awesome. That means that your data transfers can move like, you know, lightening. Third, it’s got some serious skin, man! Those apps, they look, feel and behave just like iOS – without being behind the freakin’ walled… Read more »