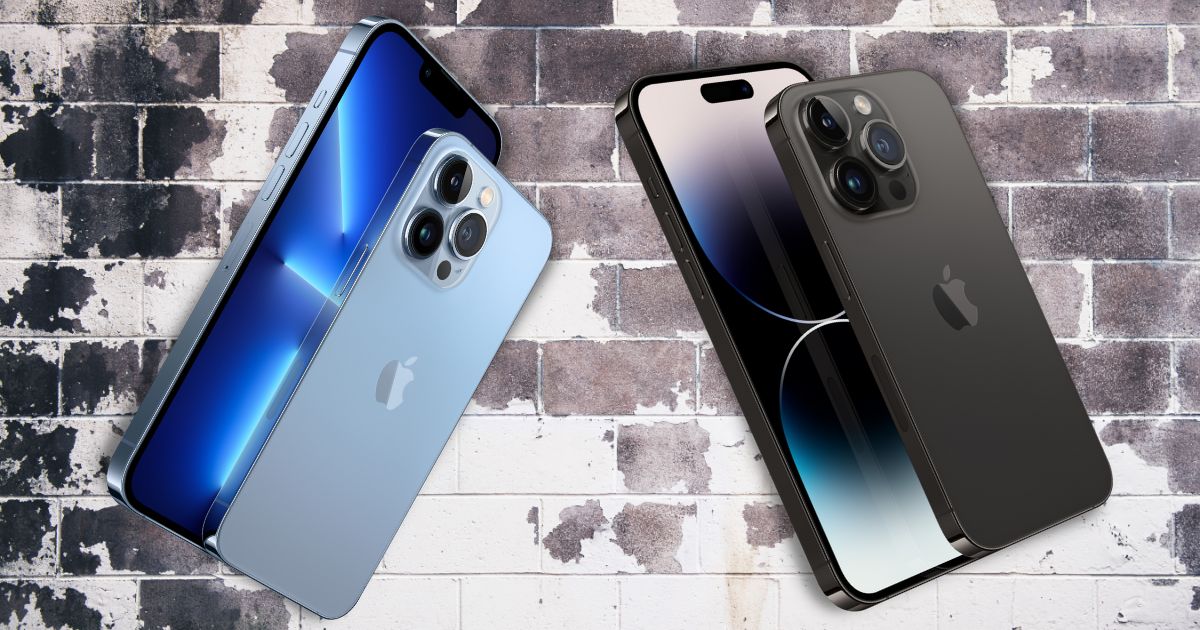 The iPhone 14 family is out from the shroud of secrecy surrounding it. The details of the new iPhone offered some surprises, but mainly just met the expectations we’d had from leaks and rumors. Now, the question is, should you upgrade to the iPhone 14? My answer to this question might surprise you. First, though, some caveats:

The iPhone 14 Family Does Offer Improvements Over the Previous Generation

Yes, Apple has made its latest iPhone models faster and more capable. The iPhone 14 base models use the A15 Bionic chipset, just like the previous iPhone 13, but a slightly improved version of it. Instead of the previously-provided 4-core GPU, the iPhone 14 and iPhone 14 Plus enjoy a 5-core GPU.

On the iPhone 14 Pro side, things are a bit better. This lineup comes with the A16 Bionic, with a CPU that’s up to 40% faster than the leading competitor. Its 5-core GPU has 50% more memory bandwidth, too.

Of course, both sides of the house include camera upgrades, especially the 48MP Main camera on the iPhone 14 Pro. Even the iPhone 14 and iPhone 14 Plus see improvements, though, with larger pixels and the first-ever autofocus capability on the Front camera.

Then, of course, there’s what Apple did with the notch on the iPhone 14 Pro. Some have called it genius, taking a characteristic that generated so much scorn and ridicule and turning it into a feature that definitely looks useful.

The Improvements Don’t Convince Me It’s Time to Upgrade, Though

Now, I want you to understand something. I’m usually the type of person who wants the newest electronics and gadgets, to live on the bloodiest rim of bleeding-edge technology. However, I’m not convinced it’s time to upgrade my iPhone 13 Pro.

Naturally, those numbers don’t tell the whole story, of course. There’s also the camera improvements to consider, the 48MP Main camera compared to my 12MP. The iPhone 14 Pro also offers 4K video recording at both 24fps and 30fps, in ProRes.However, my iPhone 13 Pro can do that, too. The main difference is the iPhone 14 Pro can use the ProRes format in Cinematic mode.

Some Will Certainly Benefit From an iPhone 14 Upgrade

I know what you’re saying, that not everyone has an iPhone less than a year old. I recognize that, I truly do. There are a few categories of people who should definitely consider upgrading to the iPhone 14 or iPhone 14 Pro models.

Does this mean we’ll think badly of you if you upgrade even though you aren’t in one of these categories? No, of course not. However, I have almost convinced myself to hold off on my own upgrade. Because …

Apple almost certainly has already begun testing new features for next year’s iPhone, even though the iPhone 14 isn’t even shipping yet. Judging by some of the features we’d hoped to see this year, but didn’t, many of us may want to wait for the iPhone 15 in 2023. Here’s just a glimpse of what we think might be in store for next year.

So, there you have it. My thoughts on who should upgrade to the iPhone 14. What say you? Will you be ordering a new iPhone 14? Let us know in the comments which model’s really caught your eye.

2 thoughts on “Q: Should I Upgrade to the iPhone 14? A: Maybe, But Probably Not”