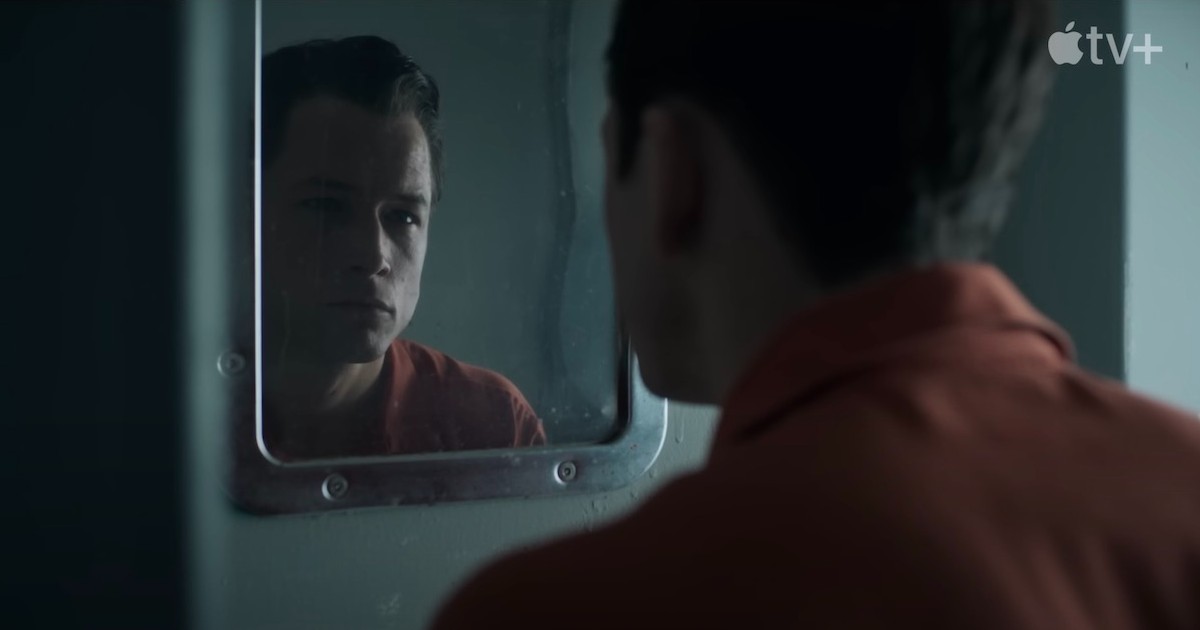 The first two episodes of Black Bird are now streaming on Apple TV+, and today we’re going to provide a review. With a host of high-stakes drama currently available on Apple TV+, does Black Bird have a nest it can call its home?

To preface this, I am not necessarily a fan of drama, especially true-crime drama. Personally, comedies are my typical go-to, but after watching the trailer for Black Bird, I was intrigued. Naturally, I loved Liotta in the iconic Goodfellas, so I was curious to see him in his final television role.

With that in mind, I think the show is off to a promising start, and so far, it has me hooked. Let’s take a look.

(Warning, this review may contain spoilers. I will try my best to avoid them, but with only two episodes released, I don’t think I will be giving away too much.)

Based off an autobiographical novel by James Keene, the plot follows Jimmy Keene (Egerton) as he descends from successful drug dealer into serving a misleading ten years in a minimum security prison. Thanks to his charm, FBI agent Lauren McCauley (Moafi) offers him a deal: get a potential serial killer Paul Walter Hauser (Hall) to provide the details concerning the whereabouts of the body of Jessica Roach and Keene can walk free. However, Hauser may not have the answers Keene is looking for.

I’m not going to fault Black Bird for using this formula, as it seems the norm. However, I really want to see just a bit more of Keene’s origin story. The first part of the Pilot explores his past a bit, but doesn’t provide quite the details many viewers might look for. Hopefully further episodes will give the audience a bit more insight into the past of the character.

In terms of Keene, Taron Egerton is incredibly dynamic in the role. From the first ten minutes of the pilot episode, Egerton’s acting truly emphasizes the “rich-kid bratty vibes” that Keene seems to radiate. However, this arrogance quickly turns to humility and fear for Keene once he realizes the situation he is in.

Concerning the fellow actors, Sepideh Moafi also does an excellent job as Lauren McCauley. Her no-nonsense attitude plays incredibly well with Egerton’s character; the two do an excellent job showing the dynamic power struggle between the two, and a reveal in episode two is sure to only make things more interesting.

Of course, with this being Ray Liotta’s final television role, many are likely curious as to the amount of screen time he gets and how well he performs. When it comes to an actor’s final role, there can often be mixed results. Unfortunately, sometimes the actor can pass in the middle of filming, causing the rest of the crew to frantically devise ways around this. The most infamous example would be Bruce Lee and the film Game of Death.

This is fortunately not the case for Liotta, who so far shows up in the first two episodes more often than one would imagine. Playing Big Jim Keene, Liotta delivers an excellent performance, providing the younger Keene a sense of reason and belonging as he navigates his way through a high-security prison. Episode two also reveals that Big Keene is keeping a secret from his son, one that may cause the younger Keene to act brash.

However, for me, Larry Hall as Paul Walter Hauser is the winner of the series so far. Hall’s portrayal of the all-too-creepy Hauser will send shivers down your spine as he recounts his murderous dreams. For the role, Hall delivers all of Hauser’s lines in this quiet yet incredibly soft yet shrill voice that adds an extra depth to the character that will likely have viewers shuddering in horror.

In terms of plot, Black Bird has me taking notice. As mentioned, I typically am not a fan of true crime dramas, and Black Bird may be changing that for me. By the end of the second episode, I could tell that I was hooked.

With the first two episodes focusing on Keene actually making the deal with FBI agent McCauley, the series also focuses on the murder that imprisoned Hauser. The series jumps from present time to 1993, wherein FBI agent Brian Miller (Kinnear) looks for evidence that Hauser did the crime. It’s an interesting split that keeps the audience engaged.

The series also provides multiple twist and turns that is sure to entice fans of true crime. Again, without spoiling too much, episode two has McCauley realizing she may have given Keene too much time to befriend potential serial-killer, while it may also seem that Miller enticed a false confession out of Hauser, who at this point may or may not even be guilty.

For those looking for a gritty true crime drama, Black Bird delivers in just about every regard. The only major issues I have with the series so far is that some of the lines cut a bit too deep (Keene is arrested in his home with an automatic rifle, McCauley asks him if plans on shooting up a middle school). Now, I’m not typically a prude, and true crime dramas love to push the envelope just as much as comedy, but there’s a time and a place for everything. . .

In the end, I personally can’t wait to see the next episode, which premieres July 15. If the rest of the series is anything like the first two episodes, viewers are in for a wild ride.

The first two episodes of Black Bird are now streaming on Apple TV+.