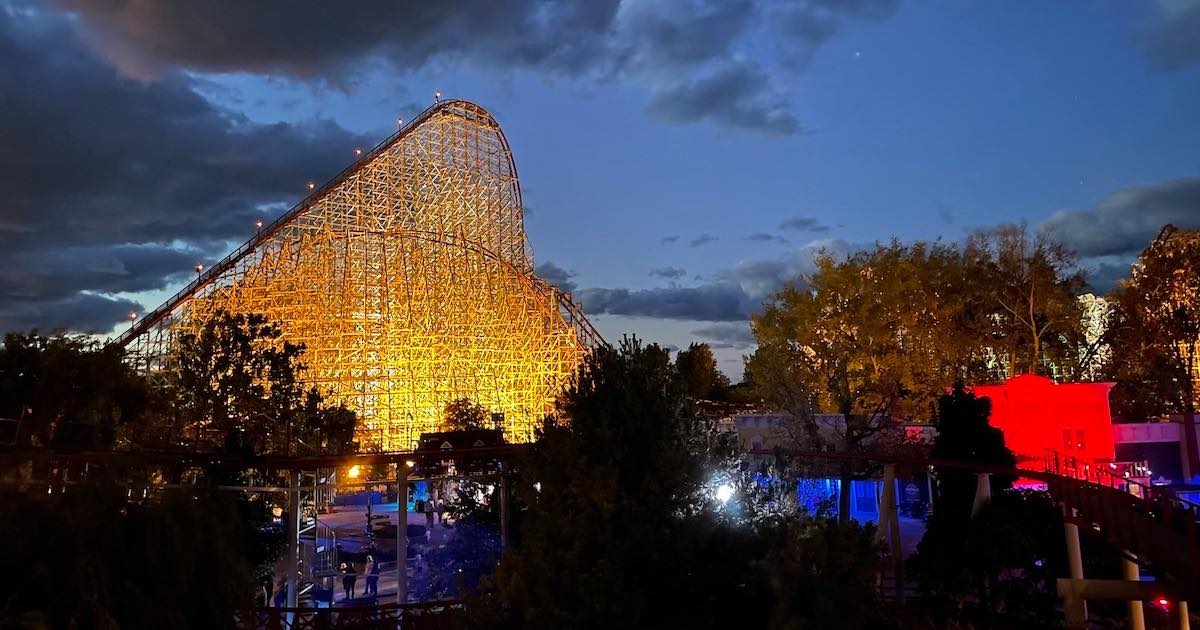 Last month, I tested the new Crash Detection feature at Cedar Point in Sandusky, Ohio. I never got Crash Detection to activate on any ride, so today, let’s take a look at some possible reasons why.

According to reports from Joanna Stern of The Wall Street Journal, King’s Island near Cincinnati, Ohio has received no less than six calls in regards to a rollercoaster setting off Crash Detection. Primarily, it is the ride Mystic Timbers that seems to be causing the most trouble for the park.

Additionally, reports from Coasters 101 also indicate that Dollywood in Pigeon Forge, Tennessee is not only reporting issues of Crash Detection accidentally setting off, but reports also indicate that the park has posted signs at the front entrance of rides stating that users should put their phones on Airplane Mode, or not bring them onto the ride.

Coasters 101 reached out to their audience, and asked if any users were reporting any other issues with rides setting off Crash Detection. According to users at Coaster 101, Tumbili at Kings Dominion, Verboten at Busch Gardens Williamsburg, Wonder Woman Golden Lasso at Six Flags Fiesta Texas, Alpengeist at Busch Gardens Williamsburg, Fury 325 at Carowinds and Hagrid’s Magical Creatures Motorbike Adventure at Universal’s Island of Adventures have all managed to set off Crash Detection.

In an article for TechCrunch, Apple responded to the situation, stating that the G Force detection is the largest determining factor for Crash Detection. TechCrunch spoke with Vice President, Sensing & Connectivity, Ron Huang and Vice President, Worldwide iPhone Product Marketing, Kaiann Drance about the situation.

Drance Stated, “It’s mostly the G Force detection, it’s able to detect G Force up to 256 Gs. That was one of the key differences for the new accelerometers that the new watches and phones have.”

However, Huang also notes that there isn’t a “one size fits all” model for Crash Detection: it is built for different situations.

Looking at My Own Tests

Back in September, you may have heard on The Daily Observation podcast or in my coverage of the Apple Watch SE that I went to Cedar Point to test Crash Detection. Ultimately, I decided not to write extensively on my research, for I was not able to set off Crash Detection at any point during my trip. I rode the top rides at the park (Maverick, Raptor, Magnum, Millennium Force, Valravn, Rougarou). I did also ride Steel Vengeance, but you are not allowed to bring anything onto that ride, so I was not able to bring my Apple Watch. (Note, some people will say they have brought things on Steel Vengeance, CP metal detects you, so it all depends on how security feels. With that said, you shouldn’t really be taking things on the ride.)

At no point was I able to set off Crash Detection. In fact, the only time time I was thinking it would even come close would be during the end run of Valravn. After today’s news, I think there might be two main reasons why. Let’s take a look at each.

My first thought is issues with roads. While a user in Coaster 101’s comments did say that they set off Crash Detection during Raptor at Cedar Point, I have some doubts. First, I road it twice with no issue. Now, this user may have been using an iPhone 14, whereas I used an Apple Watch SE, so that may have an impact on why mine didn’t go off. However, I have not been seeing any reports of this being an issue for the Raptor at Cedar Point.

When Apple initially contacted WSJ about Michael Barabe’s destruction derby tests, Apple did mention that GPS will also look to see if the user is actually on a road.

I don’t think Cedar Point is experiencing this issue because Cedar Point is on a Peninsula: there are very little roads that actually surround the park. There certainly isn’t a highway for miles, at that. However, almost all of the parks mentioning that they are having issues with Crash Detection seem to be near a major road. Not all of them, but a good portion of them. I think this may play into Crash Detection setting off on a roller coaster.

Second would be the intensity of the rides. Now, Cedar Point boasts some rather extreme rides. Millennium Force, of course, was a world-breaking roller coaster at some point. While the rides at Cedar Point are intense, they’re also fairly smooth. However, Mystic Timers at King’s Island is a wooden ride. Wooden rides are typically far bumpier than steel or hybrid rides. It sort of makes sense that it would set off Crash Detection, as it is likely a bumpy ride.

However, that wouldn’t explain why Wonder Woman Golden Lasso is setting off Crash Detection. Though, it is worth mentioning that Six Flags Fiesta Texas is surrounded by a highway and a major road. Additionally, Fury 325 is somewhat close to I-77 as well as another, smaller road. It is also worth mentioning that Millennium Force at Cedar Point is adjacent to a smaller road, though I have ridden that ride numerous times and never set off Crash Detection. The road next to Millennium Force is also not a major road.

While there is certainly a lot of different data that goes into Crash Detection, it seems that roller coasters that may be bumpier or near highways may have a larger chance of setting off Crash Detection. Of course, there are roller coasters that feature elements that Cedar Point does not have (Golden Lasso is a style of coaster Cedar Point doesn’t have), so intensity may also play into it. However, given that Cedar Point still has plenty of intense coasters, it seems to depend on the style of intensity.

I will admit, one final issue with my own testing may have been that I was playing with my Apple Watch too much. While I tried really hard not to look at it, I still did play with it after certain rides. This may have stopped Crash Detection from activating. However, given that CP does not seem to be having this issue (at least one that hasn’t been made public), I’m not fully certain that this is an issue.

Looking Ahead at Roller Coasters and Crash Detection

At this point, it seems like even Apple is attempting to fine-tune exactly when and where Crash Detection should appropriately activate. It can certainly be a frustrating experience for EMT’s and 911 services that operate for these parks.

If you want to really ensure that you don’t set off Crash Detection while riding a ride, leave all your loose articles with a non-rider. If you’re unable to do that, make sure your phone is in Airplane Mode before getting on a ride. Fanny parks are also your friend when at an amusement park.

Additionally, you can also turn off Crash Detection on your iPhone 14 or Apple Watch.

For Apple Watch users, on your device, go to Settings > SOS > Crash Detection and turn off Call After a Severe Crash.

Have you experienced Crash Detection going off during a ride? Let us know in the comments.