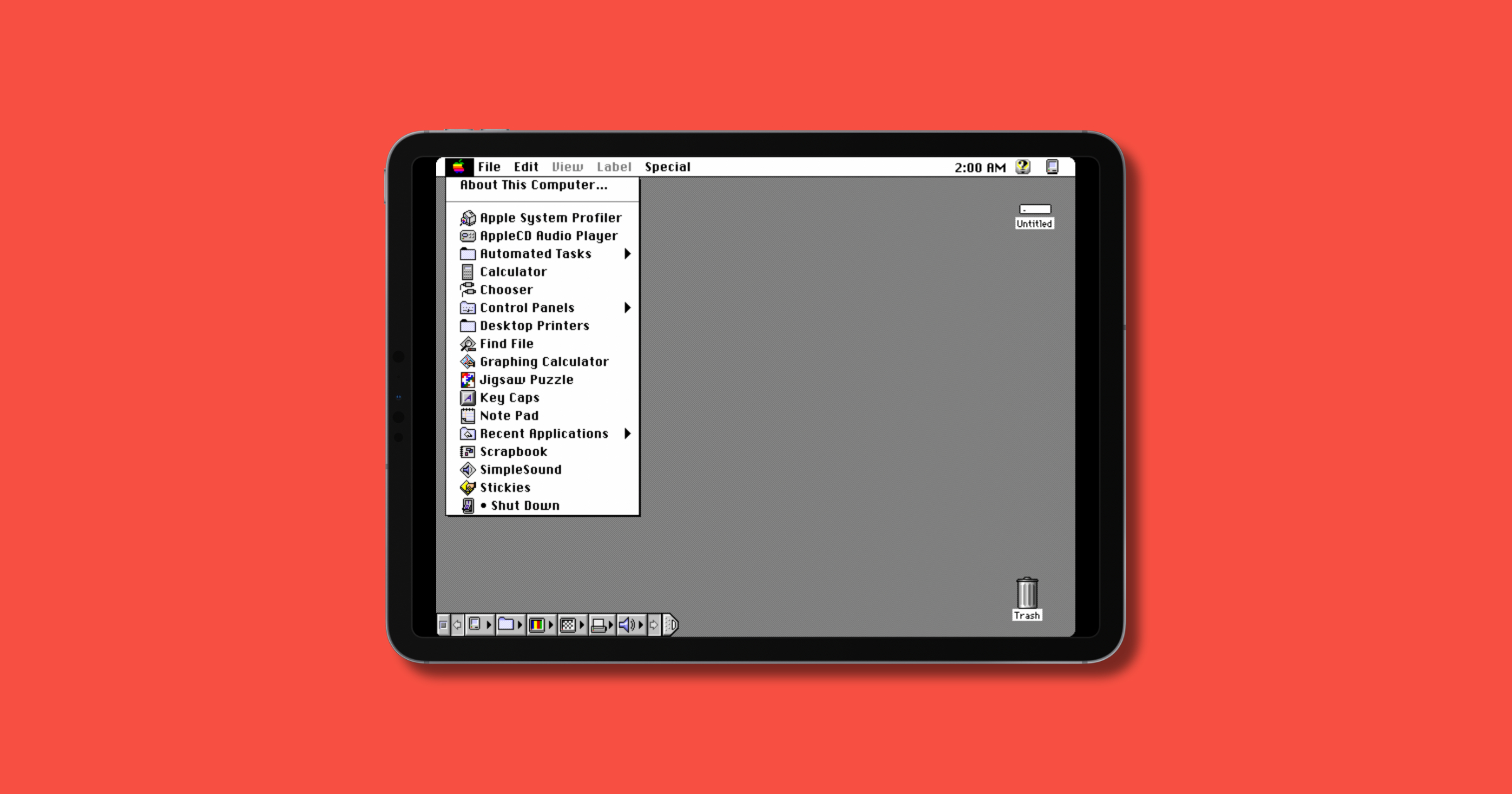 Ex-Apple Technology Evangelist Matt Sephton tweeted a photo of painting on an iPad Pro in the style of Mac OS 7, otherwise known as System 7. He shared a way to do this via software emulation. A tool on GitHub called Mini vMac lets you emulate Mac Plus, Mac II, and Mac 128K on your iDevice. It requires iOS 9 or later, a ROM image from one of the three systems, and disk images with Mac software.

Check It Out: Emulating Mac Plus, Mac II, and Mac 128K on iOS