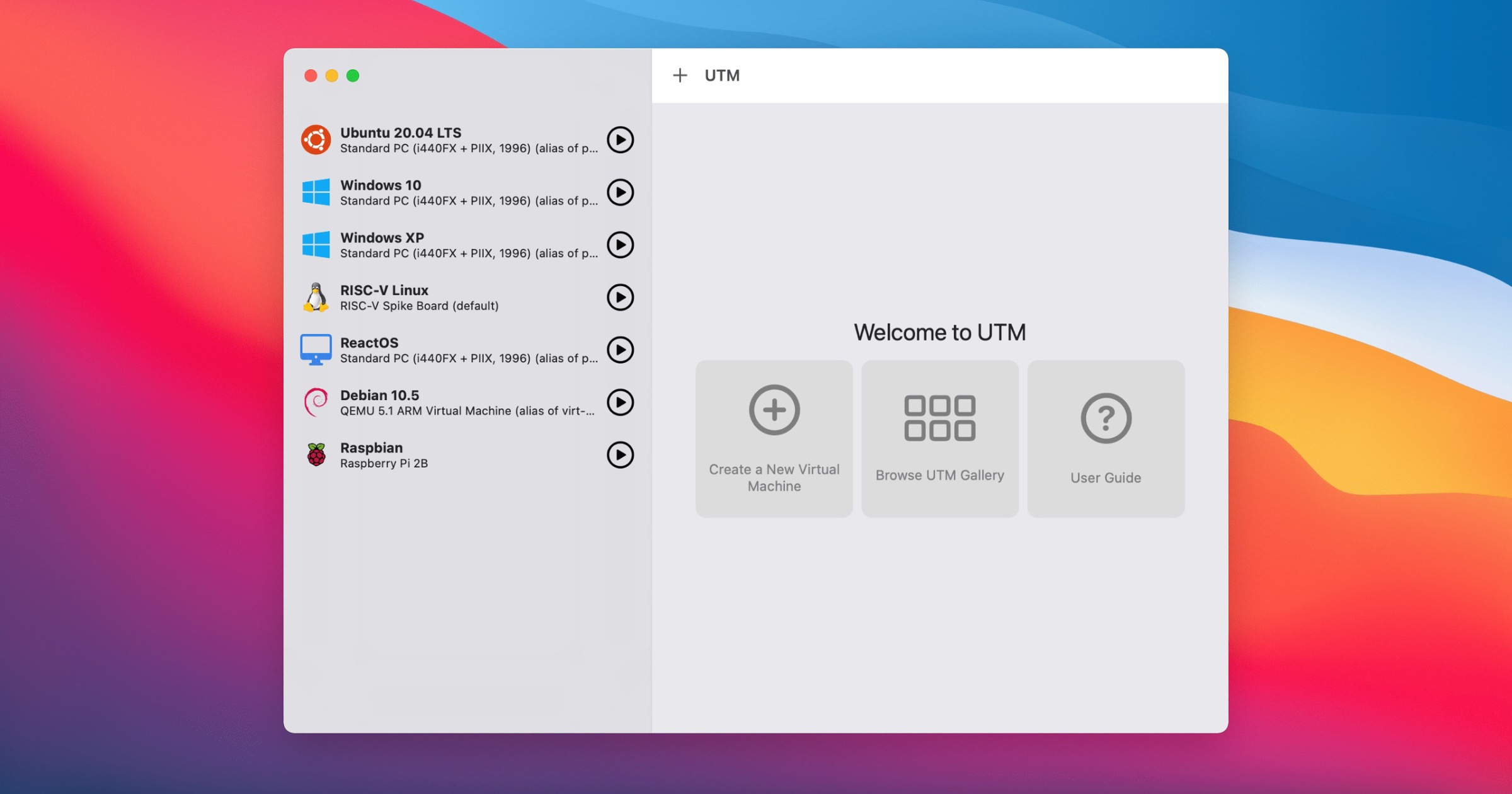 UTM is an app I recently discovered that lets you run virtual machines on M1 Macs. It uses Apple’s Hypervisor virtualization framework to run ARM64 operating systems on Apple Silicon at near native speeds. On Intel Macs, x86/x64 operating system can be virtualized. In addition, lower performance emulation is available to run x86/x64 on Apple Silicon as well as ARM64 on Intel. For developers and enthusiasts, there are dozens of other emulated processors as well including: ARM32, MIPS, PPC, and RISC-V. Under the hood of UTM is QEMU, a decades old, free and open source emulation software that is widely used and actively maintained. While QEMU is powerful, it can be difficult to set up and configure with its plethora of command line options and flags. UTM is designed to give users the flexibility of QEMU without the steep learning curve that comes with it. Mac App Store Link

Check It Out: Run Virtual Machines on M1 Macs With ‘UTM’