Apple’s mysterious A1844 wireless device awaiting Federal Communications Commission approval turned out to be a door lock system for Apple Park, the company’s new campus that’s opening in April. That pretty much kills the idea that Apple was about to release a Siri-based Amazon Echo and Google Home competitor. 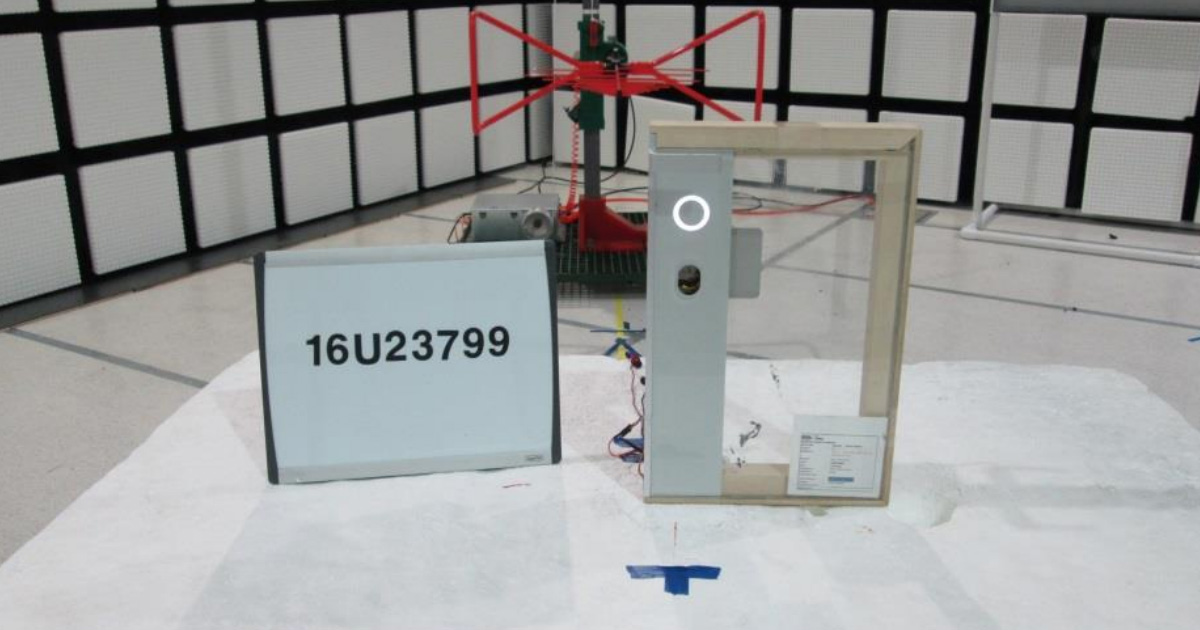 The filing describes a small device with Bluetooth and NFC support, and without any images to go along with it. That left the pundits and the public to run with whatever ideas they had, which led to speculation—or more accurately, hope—that Siri was about to get a stand-alone box, possibly as part of a new Apple TV model.

With the photos the FCC published over the weekend, it’s clear the mystery device is all about keeping people from going where they shouldn’t on Apple’s campus. The FCC also released the usage instructions which include a step saying, “Present the company provided credential to the reader.”

Apple’s photos are for a device tagged as A1844. Another similar device, tagged A1846, was also submitted to the FCC, but photos haven’t been released yet.

Since the A1844 device is a security lock system, it’s a safe bet it’s just for Apple’s own use and won’t be a HomeKit device. Apple isn’t a smarthome device maker and this lock system won’t be a consumer product.

Designing a lock system for Apple Park fits with Apple’s long standing policy of secrecy. By creating its own lock security system Apple cuts down on the likelihood someone could take advantage of a hack for commercially available lock systems.

No Siri Box for You

Unfortunately for everyone hoping to get a counter top Siri device are out of luck, at least for now. Apple may be looking at such devices in its labs, but they don’t fit well with the company’s stance of user privacy and security.

Siri binds to your voice when set up on an iPhone or iPad to keep anyone else from accessing your personal data or controlling HomeKit devices without your express authorization. Creating a Siri device anyone can talk to goes against that.

Apple also seems to like the idea that our Siri controller is always with us in the form of our iPhone and Apple Watch. That’s not a truly hands-free interface, like we see with Amazon’s Echo and Google Home, but it is a device you typically have with you.

Unless Apple finds an elegant way to link multiple voices to a Siri appliance, don’t count on seeing one in your home. If anyone can access your schedule and contacts, or order two tons of creamed corn without your permission, your personal data isn’t safe or secure at all.

For now, it looks like if you want to see device A1844 in action you’ll need to be an Apple employee, or get a personal tour or the new Apple Park campus.

[Thanks to BusinessInsider for the heads up]