Apple’s artificial intelligence efforts are starting to come to light thanks to a just published white paper. The document describes a way to use artificial images to train computers to recognize real world objects, and is also a bit of a good faith gesture towards the open research philosophy in the AI community. 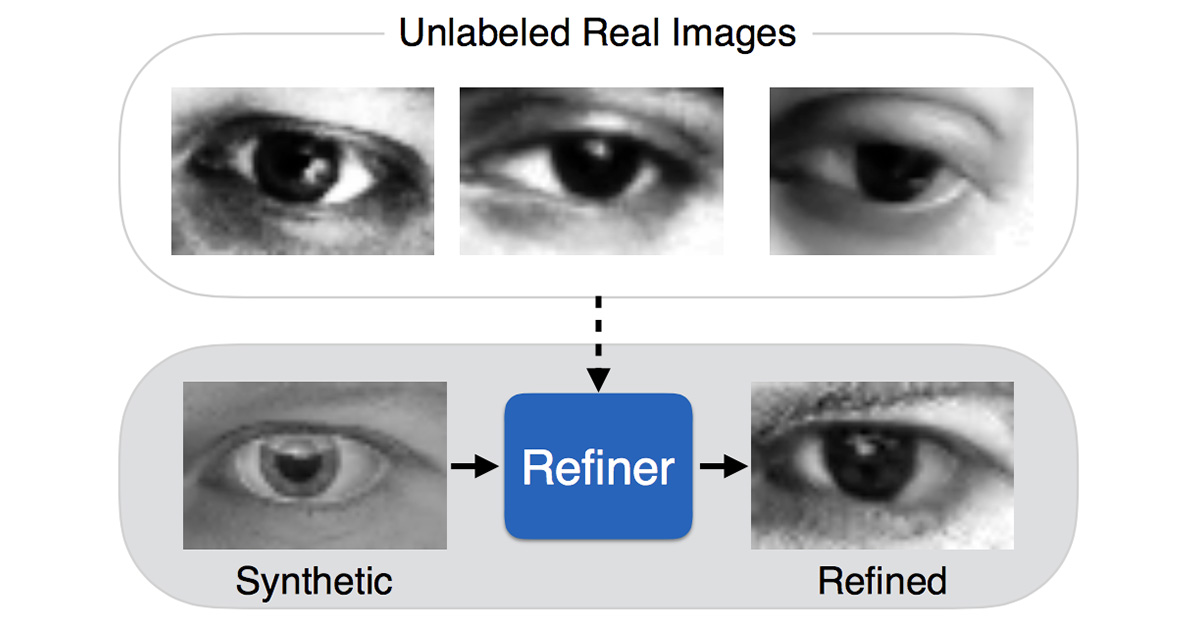 The white paper is titled “Learning from Simulated and Unsupervised Images through Adversarial Training” and explains how synthetic images can be augmented with real images to help computers improve object recognition more efficiently and at a lower cost. The system works by blending tagged artificial images with untagged real images.

The paper was authored by Ashish Shrivastava, Tomas Pfister, Oncel Tuzel, Josh Susskind, Wenda Wang, and Russ Webb who dubbed the system “Simulated+Unsupervised learning.” The upside to S+U learning is a collection of highly realistic images AI systems can use to learn what an actual real-world item—such as a human eye or smile—looks like without relying on humans spending hours tagging images by hand.

Their research and testing has focused on still images, but the group hopes to expand the work to include videos, too.

Apple announced earlier this month it would let its engineers publish research white papers, which was a big departure from the company’s secretive nature. The S+U paper is presumably only the first in a larger series.

The document is also an olive branch of sorts because it shows Apple’s intent to support the openness of the AI community where research is routinely shared so all can benefit.

While the move is friendly gesture some level, it’s also self serving for Apple. Drawing in top talent in the AI field isn’t easy when researchers are told they can’t publish white papers about their research—a hurdle some say is keeping engineers away.

Company CEO Tim Cook said that’s not so, and some engineers prefer to work in an environment where they aren’t expected to publish their research. Regardless, it seems at least some of the work they’re doing is open for public review.

You can check out Apple’s white paper at Cornell University Library’s arXiv website.