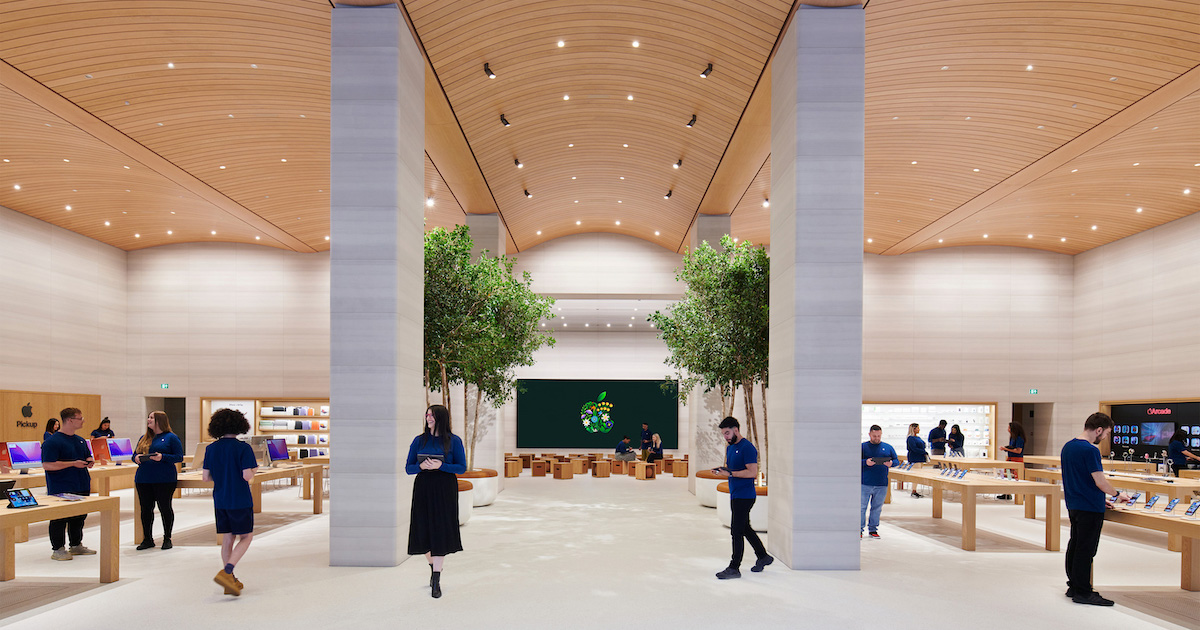 Apple shared a preview of flagship store on Brompton Road in London. The store is scheduled to open on July 28. The Apple Brompton Store will be the first store in the U.K. to have a dedicated pick-up area. Customers can pick up the Apple products they’ve ordered from Apple’s online store.

Located in Knightsbridge neighborhood, the Apple Brompton Road store is just a stone’s throw away from Hyde Park. The store features design inspirations drawn from local flora and cultural diversity. Apple’s senior vice president of Retail + People said, “the store’s focus on creativity gives our incredible team members the perfect space to share their passion and expertise with Londoners and visitors from around the world.”

During its opening on July 28, the Apple Brompton Road store will launch “United Vision,” an augmented reality experience to honor the creative works of London poet and painter, William Blake. The purpose-built app demonstrates the possibilities of creativity by reimagining the works of William Blake. The app was developed using Apple technology for the Getty Museum. To create the experience, Tin Nguyen and Ed Cutting used Apple’s M1 Ultra chip. It also features a poetic soundtrack by Grammy Award-winning record producer Just Blaze. Customers can view “United Visions” in-store as well as online.

During the store’s opening weekend, there will also be a panel discussion on the creation of “United Visions,” with Nguyen, Cutting and Just Blaze. London artist Nina Nesbitt will also give a special performance and Spatial Audio listening session.

After the opening sessions, Apple Brompton Road Store will host ongoing Brompton series. These will be held on the last Thursday of every month and will last until October. The series will include inspirational and informative talks as well as music workshops.

Apple also gave a detailed description of the whole store. For the full details, you may check out the press release.